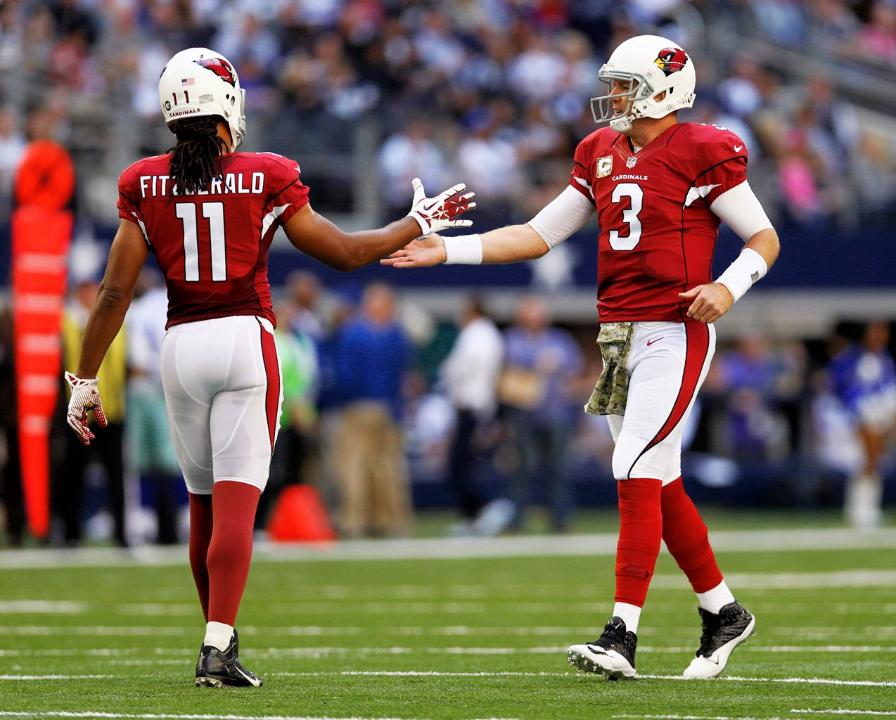 Almost certain to be Carson Palmer’s last season, the Cardinals need to look for a quarterback to replace him in 2018 and beyond. If Deshaun Watson slips out of the top-10, Arizona should pounce at the opportunity to draft him. It seems like there’s a good chance Palmer, Larry Fitzgerald, and head coach Bruce Arians are making one last run this season, so getting Watson gives them a head start for the new era.

Draft a partner for Patrick Peterson

Don’t put the future in jeopardy

Arizona will be tempted to make moves based solely on 2017, but unless Carson Palmer returns to his 2015 form (pre-playoffs)—which seems unlikely—the Cardinals will probably have a hard time being true contenders. The Cards should make moves to win, but not if they put the future of the franchise is jeopardy.

Jared Goff will get a lot better coaching than he did as a rookie, so people shouldn’t be too quick to write him off as a “bust.” Todd Gurley saw stacked boxes all last season, and he had no chance behind a below-average offensive line. The Rams need to build around and protect their two potential studs, and that starts up front.

Get another wide receiver

LA signed Robert Woods to a nice chunk of change this morning, but they should keep trying to get weapons for last year’s first overall pick. I would try to acquire a so-far-disappointing player like Nelson Agholor from the Eagles. Those are the kind of savvy moves the Rams are going to have to make with a lack of draft capital.

They don’t have a first round pick, but fortunately, the Rams should be able to get a solid cornerback in the second round or even a couple rounds later in this draft class. Gareon Conley from Ohio State would be a good target in the second round for the Rams.

This could be trading for Kirk Cousins, drafting a guy second overall, picking around in free agency, or waiting it out for Sam Darnold in 2018. Acquiring Cousins seems like the most popular move right now, but whatever the Niners do, they have to get it right. Kyle Shanahan is a smart guy, so he will probably take everything into account instead of settling for a mediocre long-term option (i.e. Brock Osweiler to the Texans).

Moving from a 3-4 to a 4-3 is really going to the hurt the Niners, as they spent a first round pick on traditional 3-4 ends in each of the past two drafts. Arik Armstead is apparently going to shift outside, but I’m not sure how much success that will translate to. San Francisco should try to move Armstead and his teammate DeForest Buckner if they can get a good return, and use the extra draft picks to draft fits for their new defense.

Kyle Shanahan and GM John Lynch got off to a great start with six-year deals for themselves, which will prevent owner Jed York (or King Joffrey) from firing his fourth coach in four years. San Francisco has been a disaster with York running things, but Shanahan and Lynch appear to have the job security to do things their own way, as they should be able to.

The Seahawks need to find a couple tackles to allow them to establish the run and protect Russell Wilson, who was banged up for much of 2016. The Legion of Boom showed some holes last season, so the offense is going to have to pick up some slack to get back to the Super Bowl.

Richard Sherman did not have his best season last year, but he still remains a top cornerback. Still, the Seahawks need to find someone that can play alongside Sherman and eventually take over for him as he nears 30 years old. Clemson’s Cordrea Tankersley comes to mind as a long-rangy corner.

Seattle should go back to Rawls’ 2015 tape when evaluating the running back position this offseason. In 2016, Rawls battled injuries and averaged just 3.2 yards per carry in very limited work, but he looked like one of the best backs in the league as a rookie when he averaged 5.6 yards per carry. Pete Carroll should go with Rawls as the starter and mix-in C.J. Prosise, especially on passing downs.