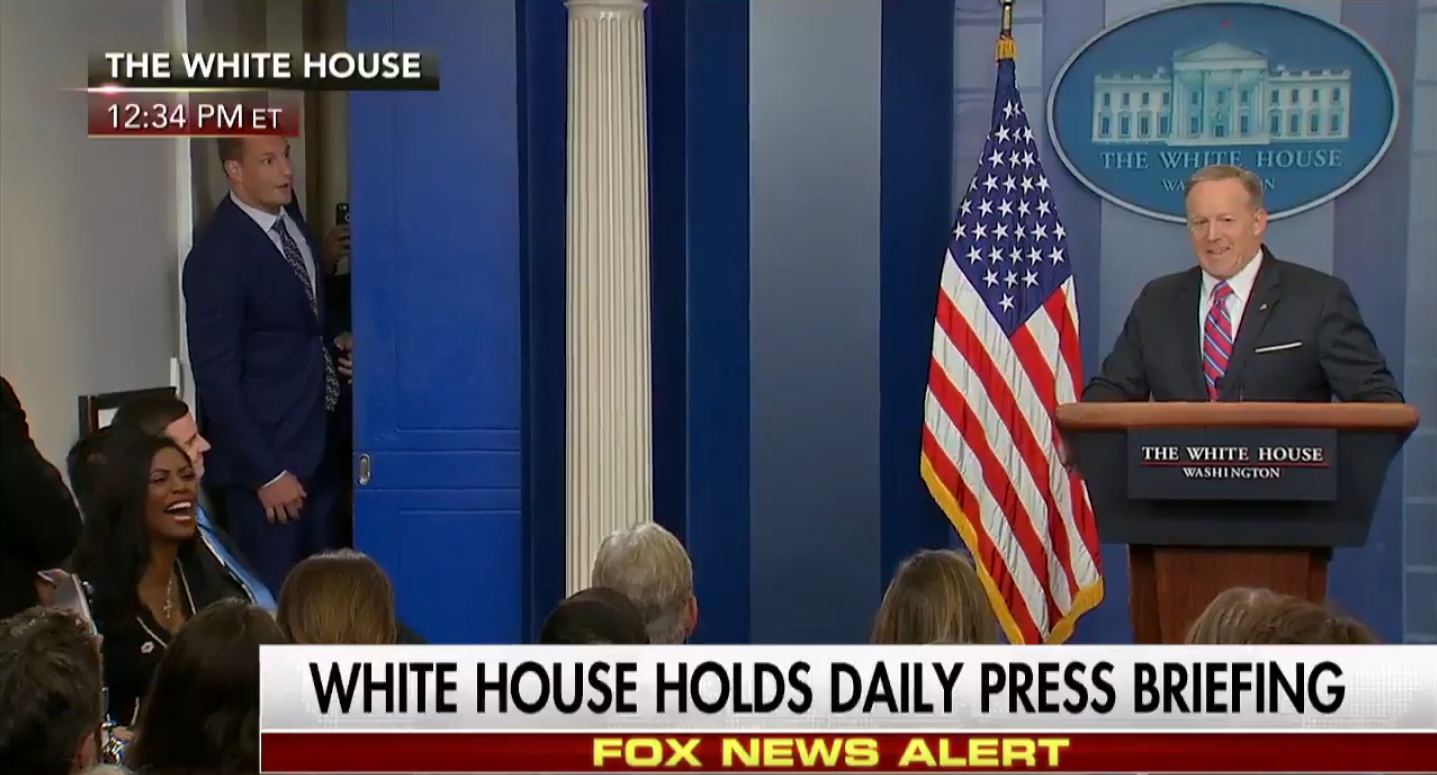 Gronk probably would have loved to try to help Spicer deal with the media, but the All-Pro probably shouldn’t quit his day job. He’s pretty good at it.