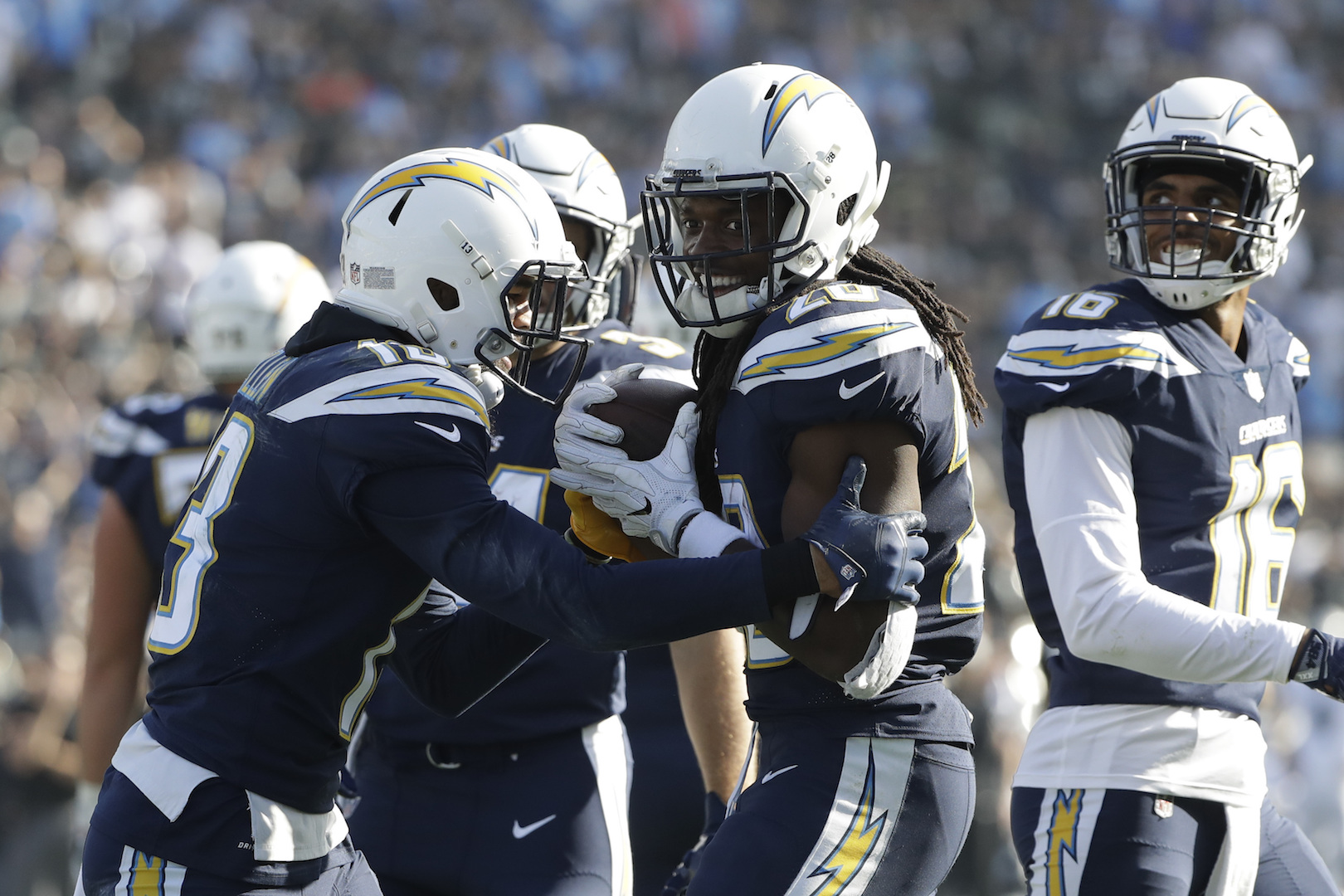 Pay or Nay? Evaluating NFL Stars Up For Big Contracts


Plenty of big-name NFL stars will be set to hit to open market following the 2019 season, so which ones should be locked up on a long-term deal by their current team? Just to note, all these players are likely “worth it,” but in a salary cap league, difficult decisions need to be made.

Pay. Most of the Twitter GMs will likely scoff at this theoretical decision, but Prescott has a 32-16 record through three years, appearing in every game since taking over for an injured Tony Romo prior to his rookie campaign. Dak hasn’t put up big-time numbers as a passer, but winning is what matters, and he has nearly as many game-winning drives (14) and he does losses (16). We should see him in more of a quarterback-friendly, spread attack in 2019, so Dallas might want to pay Prescott before he cashes in on what projects to be a strong statistical year.

Pay. Gordon showed his toughness last season when he missed just three weeks with a sprained MCL and gutted it out for the Chargers’ playoff run, and he’s proven to be one of the best all-around backs in football. Now wearing No. 25 (like he did during his Wisconsin days), Gordon will look to continue being a touchdown machine (12+ scores in each of the past three seasons), and Los Angeles should lock him up as their offensive centerpiece for the end of Philip Rivers’ career.

Pay. The Titans should have the personnel to air it out more in 2019 after signing slot receiver Adam Humphries and using the No. 51 overall pick on A.J. Brown, but their bread and butter should still be pounding the ball with Henry after it nearly got them into the playoffs last year. The former Heisman winner rushed 97 times for 625 yards (6.4 YPC) and eight touchdowns in December alone, and he will have a chance to really put up monster numbers if he’s featured all year (which it sounds like is the plan for Tennessee).

Nay. If Thomas wants to take a slight discount to remain in New Orleans, then the franchise shouldn’t hesitate to extend him. However, the Ohio State product probably feels he should be the highest-paid receiver in league history based on the numbers he has put up, and I’m not sure the Saints should oblige if they feel Sean Payton’s offense can simply plug someone else in and/or shift their system a bit to have similar success. Paying top dollar for a wideout hasn’t typically been the recipe for a championship team.

Pay. The turnover on Kansas City’s defensive line might take some time to come together, and they cannot afford to let Jones walk as their lone impact player on defense. Perhaps it was because of the numbers the Chiefs put up on offense, but Jones quietly recorded 15.5 sacks last season, and—turning 25 in a couple weeks—he’s just entering the prime of his career. I don’t think the franchise needs to wait to see how Jones performs in a 4-3 front.

Nay. Whether it be via a trade over the next couple months or after playing out the season on the franchise tag, it sounds like Clowney and the Texans are heading for a divorce, which might be best for both sides. The former No. 1 overall pick has basically been an exceptional “tweener” at outside linebacker and defensive end, so he might want a chance to play his natural position of 4-3 defensive end, and Houston could spend money on extensions for Deshaun Watson and DeAndre Hopkins.

Nay. This is a very tough one because of how much Bobby Wagner has meant for the Seahawks as the last remaining Legion of Boom member, but he’s said he wants to be the highest-paid linebacker in the league, and I’m not sure the value-driven Seahawks will be eager to top C.J. Mosley’s five-year, $85-million deal with the Jets. Especially after locking up Russell Wilson, this is a “nay” unless the two sides can come to an agreement that’s heavy on guarantees but keeps Wagner’s cap number down.

Pay. Dallas has more extension decisions coming down the pipeline than anyone, but if possible, they’d probably like to keep all their homegrown talent. A converted safety that turned into a shutdown boundary cornerback in 2018, Jones has the size and overall athleticism to slow down Julio Jones, Michael Thomas, Alshon Jeffery, Allen Robinson, and the other big receivers on NFC contenders.

Pay. Since cracking the lineup as a full-time starter, Byard has recorded interception totals of eight (to lead the league) and four, but—with 177 combined tackles over the past two years—he’s certainly not just a one-dimensional ballhawk. The Titans have a very good core on both sides of the ball, and they should be able to keep everyone together by either extending Marcus Mariota on a team-friendly deal or drafting someone in 2020.