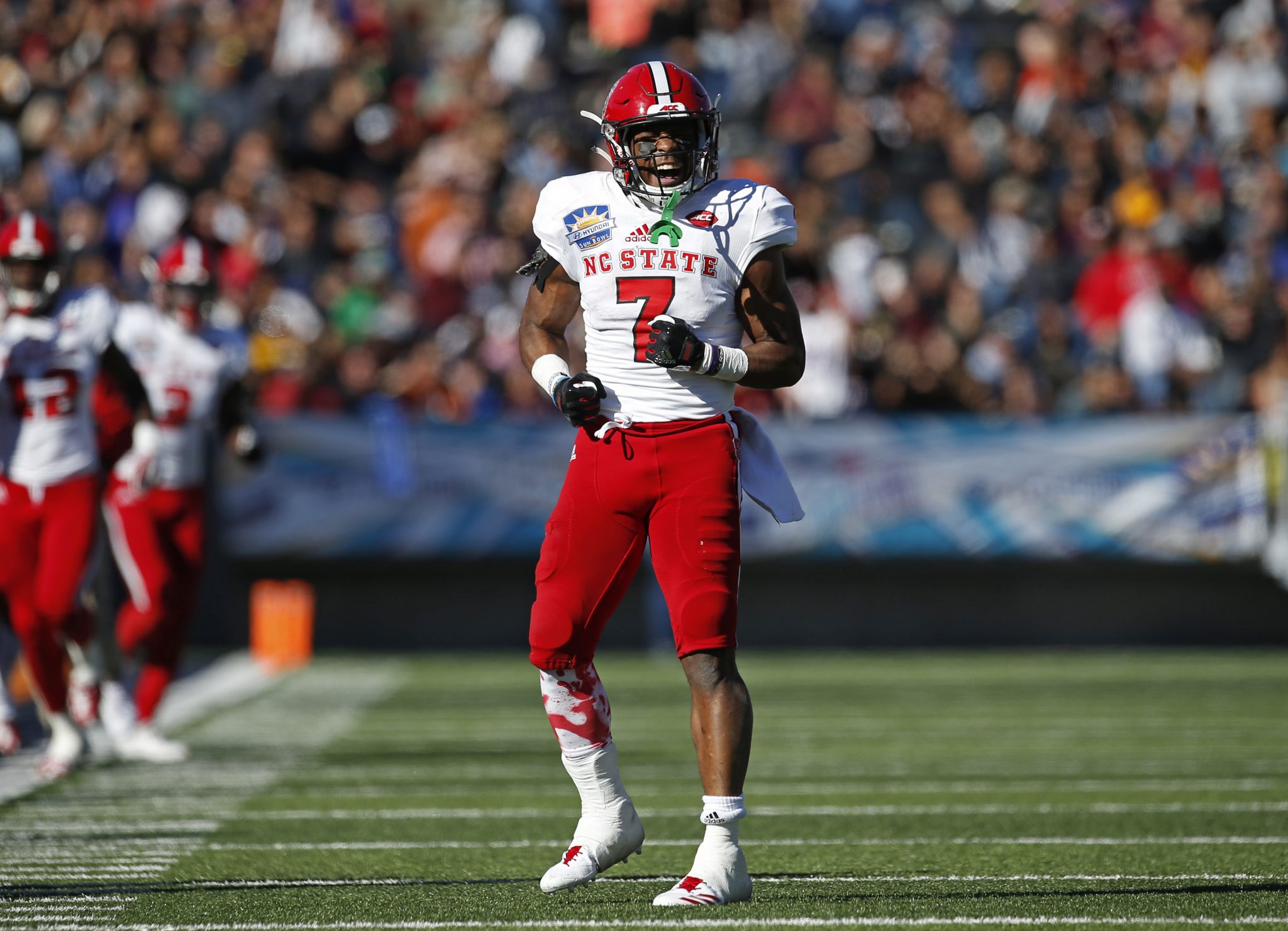 
The 2018 NFL Scouting Combine begins on Friday with the running backs, offensive linemen, and special teams, and ends on Monday with defensive backs. All the players are worth watching through the weekend, but over the next four days, I will give the players I’m most looking forward to seeing in Indianapolis for each group. [Note: the position rank is where I currently have them in my yet-to-be-released rankings that will be tweaked and published after the Combine]

Anyone who watched the Senior Bowl last month had to be impressed by Kalen Ballage after he displayed great power and burst against his peers. The six-foot-three, 230-pound back split time at Arizona State, so he should come in the league with less wear-and-tear than more notable names, and on Friday, I’ll be interested to see how he tests at his size.

Barkley has absolutely nothing to prove as the top prospect in the draft, but all eyes will still be on him this week, particularly when he runs the 40-yard dash. Saquon is already the best running back that I’ve ever seen coming out, and he could make it difficult for anyone to dispute that if he runs a low 4.3, which there’s a good chance of.

It will be great to see Chubb participating in the Combine after a leg injury put his NFL future in serious doubt two years ago, and it’s even better that he’s doing it as an early-round prospect. I’m not worried much about the time he runs because his acceleration is apparent on tape with pads on, but Chubb could boost his draft stock by knocking out the interviews (as expected) and showing well as a pass-catcher.

Hines is being overlooked right now, but that will change after he blazes in the 40 this week. I’ve compared the NC State sprinter to Tyreek Hill, as he’s extremely dangerous with the ball in his hands both on offense and in the return game. Also, like Hill, he is very strong for his size, which will allow him to break arm tackles at the next level. I’ll be watching him in all the running back drills.

Another undervalued prospect, Ryan Nall has very good vision and size, so the 40-time will probably be more important to him than most of the other prospects in Indy to prove he has “NFL speed.” Nall also showed shifty moves in the open field at Oregon State.

Unfortunately, Walton was limited to just four games in 2017 due to an ankle injury, but he was on his way to a career year with 428 yards on 56 carries (7.6 YPC). At the Combine, he will put his explosiveness on display and try to win the interview process to make up for lost time.

Casual fans might not be too invested in watching the offensive linemen on Friday, but this is a really strong group, especially compared to last year’s class. Orlando Brown is a mammoth tackle prospect at six-foot-eight, 360-pounds, and scouts will want to see at least a little bit of fluidity out of him in both athletic testing and position drills.

Harrison could raise his stock this weekend if he displays top-end quickness and speed for an offensive lineman, but the interview process will be key. After being kicked out of Texas without even playing a game, Harrison settled in at small-school West Georgia, so meetings with NFL teams could see him climb all the way to Day 2 or take him off boards completely because of character concerns.

If I were predicting the “winners” of the 2018 NFL Combine, I would have Okorafor towards the top of the list. At best, he’s ranked as a borderline top-five prospect at the position for most draft analysts, but he sits at the top of my rankings because of his upside, which should be on display in front of scouts, coaches, and executives on Friday.

Despite being my fifth interior offensive linemen at the moment (a testament to the class), Will Hernandez is a borderline first-round pick that could put on a show in Indianapolis. At the Senior Bowl practices, Hernandez showed great quickness, including a never-before-seen hop step in one drill that looked like a running back move.

Like Saquon Barkley, Nelson doesn’t have anything to prove at the Combine, but he might want to make sure that teams towards top of the draft aren’t afraid to pick a guard by impressing everyone anyway. While the Notre Dame product won’t get to push people around in pads, he will be dominant in whatever he participates in.

Isaiah Wynn is listed as a guard and will likely be drafted as such, but the rookie-to-be could let NFL teams know that he can literally play all five spots to perhaps add value to his draft stock—and they would know he isn’t lying after Wynn was a standout left tackle at Georgia in 2017. His versatility should be on full display this week.

Kickers are people, too, and Daniel Carlson is at the top of the class when it comes to special teamers. I’m not sure how much they will show of him on television, but the 23-year-old has a great leg and was usually right down the middle on his makes at Auburn.

The 2018 NFL Scouting Combine begins Friday at 9 AM ET on NFL Network.