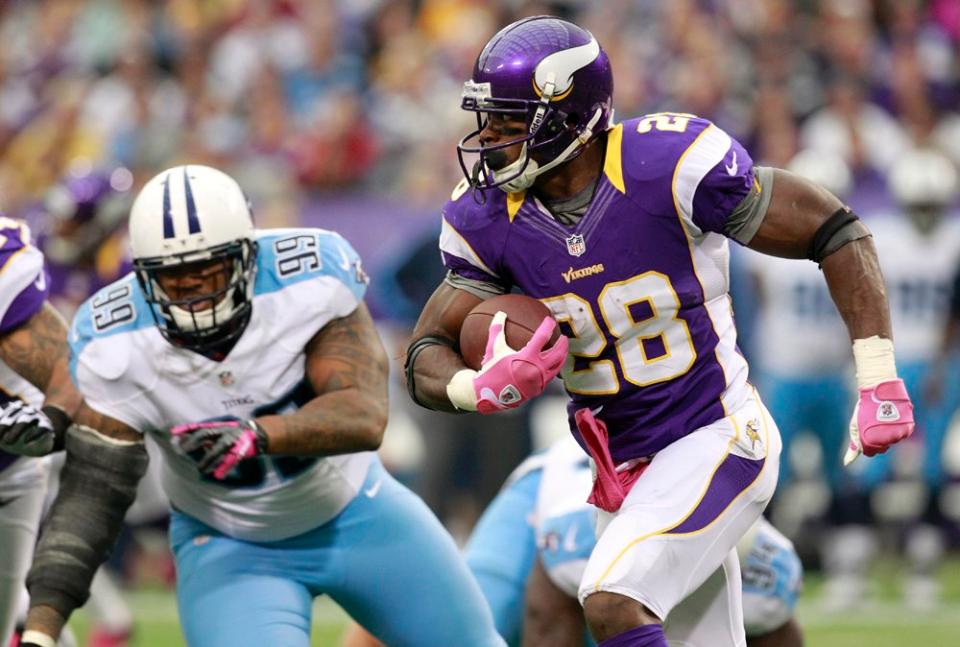 The most obvious team for Adrian Peterson is the one he spent ten seasons with—the Minnesota Vikings. They have a hole at running back, and perhaps after testing the open market, both sides will decide a continuation of a great partnership would be best. Peterson wants to win a Super Bowl, and if the Vikings build their offensive line, they should be among the NFC favorites next season.

The Giants also have a hole at running back, but they could be heading a different direction, as there are some really good running backs available in the draft. It is Adrian Peterson, but he doesn’t seem like a great fit with the Giants. He did, however, give his thoughts on the Giants freeing up some cap space a few weeks ago.

The Giants been making some interesting moves.

After leading the NFL in rushing touchdowns, LeGarrette Blount is a free agent. If Peterson wants a championship, there would not be a better place for him to go than New England. Would he take less money to play for the Patriots?

Cam Newton and Adrian Peterson would be a nice combo, and the Panthers do have enough cap space to get it done. Carolina might find it more appealing to find someone in the draft (Leonard Fournette?)

There has been speculation that the Cowboys would want to bring Adrian Peterson along to backup/tandem with Ezekiel Elliott. I personally find it unlikely that Peterson would settle into more of a backup role when other teams would want him to start. Also, while the Cowboys are clearing cap space (and will clear more with the almost certain departure of Tony Romo), how much would they be willing to pay to a backup running back?

The Seahawks are my darkhorse team to sign Adrian Peterson. They do have promising youngsters Thomas Rawls and C.J. Prosise, but they have both been injury prone and adding Peterson to the mix would give them a great three-headed monster backfield. Peterson could start and get a good amount of touches, with C.J. Prosise working in on passing situations, and Thomas Rawls coming in with fresh legs to devastate defenses. Seattle might be more concerned with building up their offensive line, though.