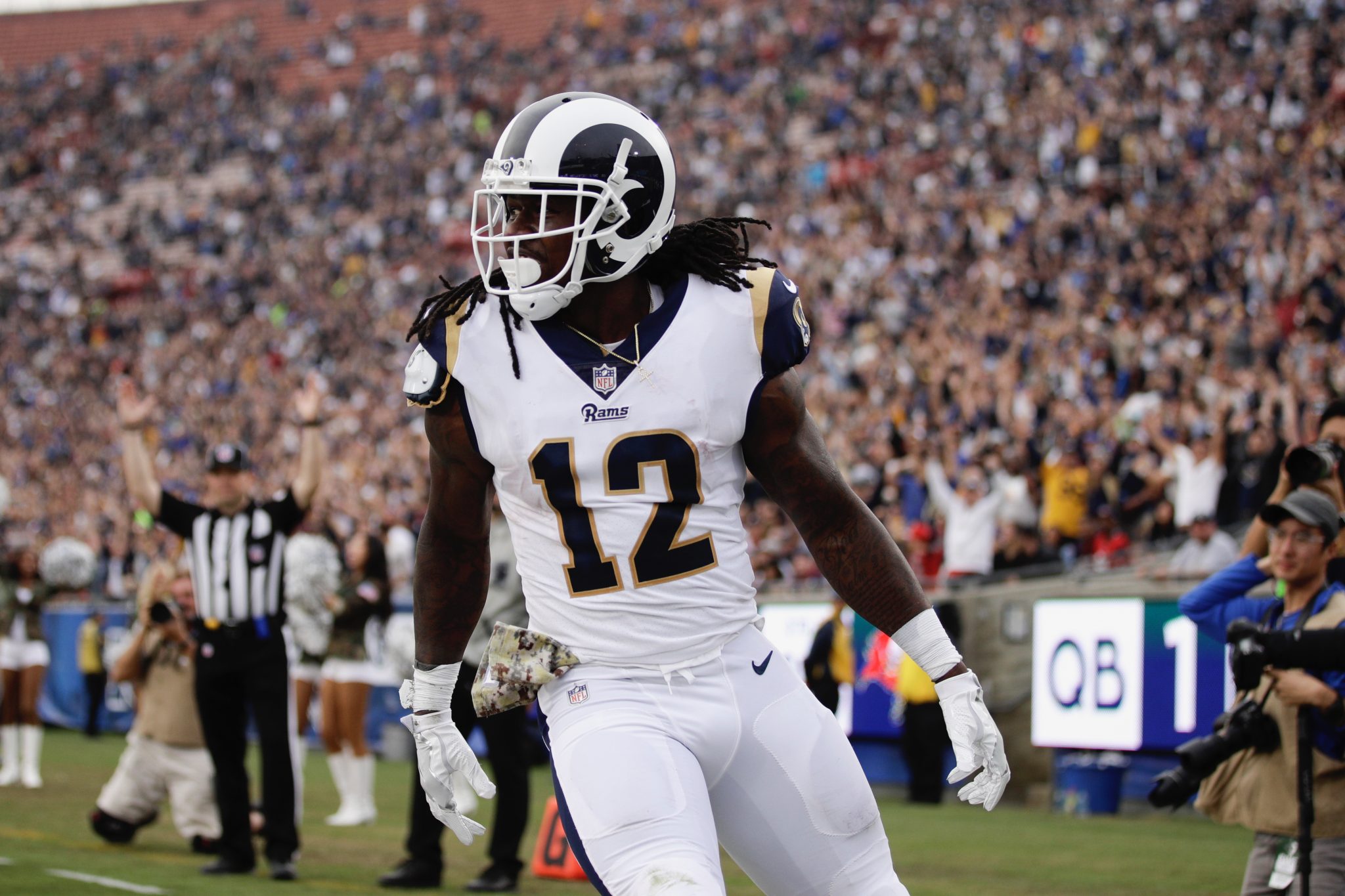 Possible Destinations For Sammy Watkins If He Hits Free Agency


The prevailing thought was that the Rams would use their franchise tag on wide receiver Sammy Watkins this offseason, but according to NFL Network’s Mike Garafolo, that might not be the case, and instead, LA is expected to tag safety Lamarcus Joyner. We still have a couple weeks until the Rams need to make their choice, but it’s still worth looking at potential destinations for Watkins if he hits the open market.

Of course, not being tagged doesn’t mean Watkins can’t end up back with Los Angeles. He didn’t have the numbers he would have liked last season, but Jared Goff generally has a great deep ball, so the two should be able to connect more if they get an entire offseason to build chemistry. However, they are last on the list because Sean McVay’s offense spreads the ball around, so Watkins might want to have a more featured role someplace else.

When healthy, Carolina’s wideouts aren’t as weak as people want to make them out to be, but adding Watkins to the group could really make the offense explosive. If they were able to sign Watkins, Cam Newton would have the best skill-position group since he’s entered the league with Watkins and Devin Funchess on the outside, Curtis Samuel in the slot, Greg Olsen at tight end, and Christian McCaffrey out of the backfield.

A lot of people expect new Bears head coach Matt Nagy to have a similar impact to Doug Pederson’s with the Eagles, and Mitchell Trubisky could make a second-year leap like Carson Wentz did if Chicago gets some new weapons. Allen Robinson would be the ideal fit, but he’s unlikely to hit the open market, so Watkins is a good backup plan as a versatile deep threat.

49ers GM John Lynch wants tough players that want to win above all else on the roster, and while Watkins made some noise last year when the numbers weren’t there, he quickly fixed his attitude and was a committed teammate and willing blocker. Also, Lynch saw first hand the kind of talent Watkins has when he went off for 106 yards and two scores on Thursday Night Football last September in San Francisco.

Robby Anderson has flashed some serious upside since entering the league, but his off-field issues might be wearing thin with Todd Bowles and the front office. A top quarterback like Kirk Cousins signing in free agency could cause them to target a wideout to pair with him, and Watkins does a lot of the same things Anderson does without the character concerns. Plus, Watkins played against the Jets twice a year when he was with Buffalo, including a huge game to close out the 2015 season.

A lot of mock drafts have the Cowboys taking a wide receiver in the first round, but if Watkins is available, they could use that pick elsewhere. The 25-year-old (in June) is just a month older than Dak Prescott, so he would get to grow with the franchise quarterback in Dallas. More importantly, Watkins is the perfect compliment to both Ezekiel Elliott and Dez Bryant because of his ability to stretch the field.

Arizona already has a championship-caliber defense, and adding Sammy Watkins to an offense that already includes David Johnson and Larry Fitzgerald is a scary thought if they get a top-tier quarterback in free agency, the draft, or via trade. Depending on who they get to throw passes, I think this could be Watkins’ best chance to put up big-time numbers and be a Super Bowl contender.