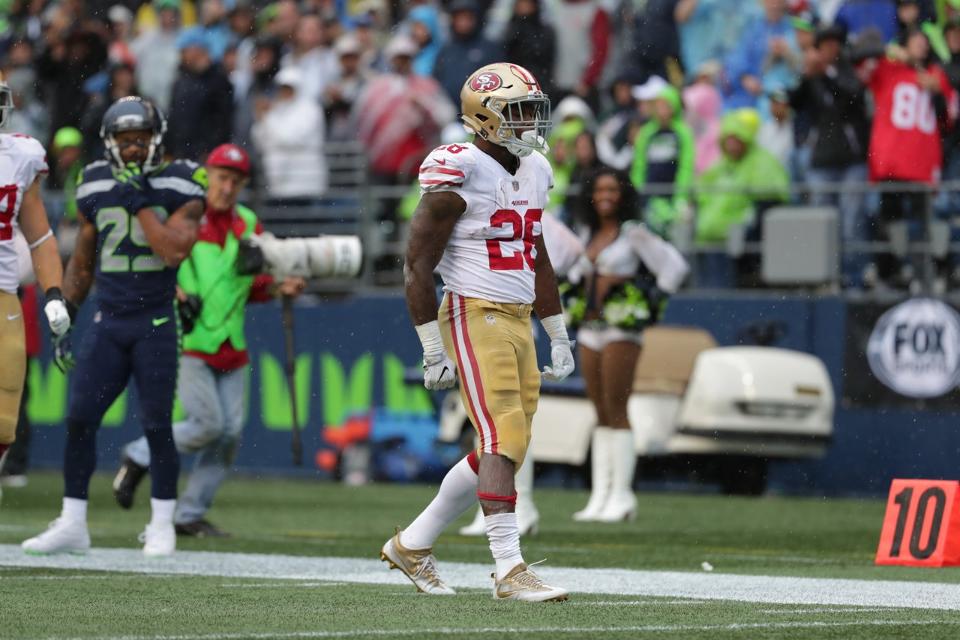 
The NFL Trade Deadline is tomorrow at 4 PM ET, and there are quite a few rumors swirling. That said, almost all of them will likely turn out to be nothing, but I’ve come up with some trades I would like to see happen over the next 24 hours. Keep in mind that I have no idea how NFL front offices value their players and/or picks.

Strictly looking at the numbers, Blake Bortles hasn’t been bad this season (1,398 yards and a 9:5 touchdown-interception ratio), but he is still holding the team back with inaccuracy issues and poor decision-making. Trading for second-year quarterback Cody Kessler would be a perfect fit for both sides, as Jacksonville has the defense and running game to support the accurate Kessler, and Kessler gets to leave a bad situation in Cleveland. Even if the Jags are already targeting a franchise quarterback in the 2018 NFL Draft, a fifth-round pick is a bargain for a potential long-term, high-end backup.

Miami traded for Julius Thomas in the offseason, but the reunion with Adam Gase hasn’t panned out at all so far, and Thomas is losing playing time to backup 33-year-old Anthony Fasano. The Dolphins’ struggling offense could use a jolt from former first-round pick Eric Ebron, and Detroit might not even need much for him, as he’s not general manager Bob Quinn’s “guy.” With capable veteran Darren Fells and 2017 fourth-rounder Michael Roberts also on the depth chart, there might be something to the recent Ebron rumors, and there probably isn’t a better spot for him to land.

The winless 49ers already released a still-productive NaVorro Bowman, so they clearly have no intentions of winning in 2017. Carlos Hyde has seemingly had trade rumors over his head since the offseason, and this could be John Lynch’s chance to get something for him as he and Kyle Shanahan craft the team how they see fit. I could see Oakland doing this if they are fed up with Marshawn Lynch after just half a season, and Hyde is a superior all-around player anyway.

JuJu Smith-Schuster’s breakout game on Sunday night probably just increases the rumors around Bryant, but Pittsburgh might be hesitant to get rid of such a talented player, especially to a division rival. It’s the Browns, though, and they might be better off by simply ridding themselves of a guy who could be indefinitely suspended (and probably done) at any moment with another failed drug test. Cleveland might do this trade because he is the type of receiver that DeShone Kizer would like throwing to, and if they’re all in on Kizer, then Bryant and Corey Coleman would suddenly give the rookie some electric playmakers on the outside.

The biggest trade is the final one, as the Colts are now 2-5 and seem increasingly unlikely to have Andrew Luck back on the field in 2017. Could that mean new general manager Chris Ballard will move top offensive player T.Y. Hilton or top defensive player Vontae Davis? If so, the Bills would be a potential landing spot for T.Y., as he’s one of the league’s premier deep threats, and Tyrod Taylor has arguably the best deep ball in the NFL. At 5-2 with still four of their final five games against the Patriots and Dolphins, Buffalo could pull the trigger on this midseason blockbuster.