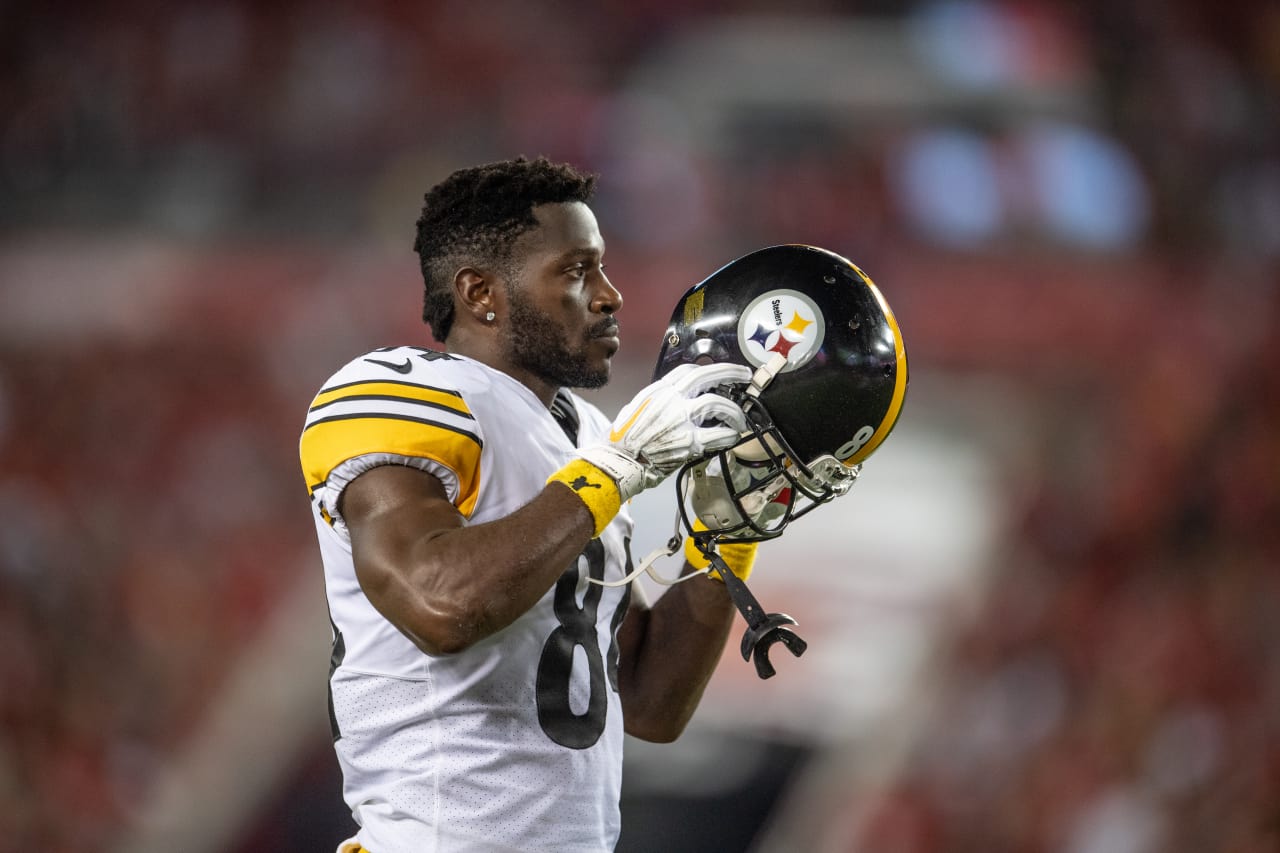 
Former Super Bowl MVP Joe Flacco was already traded to Denver (the move will become official when the new league year begins on March 13), and it feels like we could have multiple big-time trades this offseason. Here are five that could realistically happen based on the drama/rumors over the past several weeks.

OBJ Heads to the Bay

I think the Giants made a mistake in signing Odell Beckham Jr. to a record-breaking extension last summer, but the contract was wisely structured in a way that won’t completely hamstring their financial flexibility if he’s traded (making the move before June 1 would create $16 million in dead cap for 2019, with no impact on 2020). Plus, now having OBJ signed through the 2023 season might mean his value is actually increased despite coming off his second season-ending injury in a row, which could lead to a bidding war that forces San Francisco to pay up as they look to make a huge leap in Year 3 of the current regime (10-22 through two years).

The blow of trading out from No. 2 will be softened if general manager John Lynch is able to stay in the top ten, and Kyle Shanahan would surely be thrilled to have an offense that includes Jimmy Garoppolo, George Kittle, Beckham, two excellent offensive tackles, and great complimentary pieces. For New York, moving from No. 6 to No. 2 would probably mean they are assured of getting Kentucky outside linebacker Josh Allen—who looks like a perfect fit alongside 2018 third-round picks Lorenzo Carter and B.J. Hill in the defensive front—and San Francisco’s early second-rounder could be used to add even more young talent. Overall, the big hope for the Giants would be San Francisco enduring another sub-par season that makes their 2020 pick ammunition for a rookie signal-caller.

This swap is simply a one-for-one deal, as Philadelphia doesn’t seem likely to extended Nelson Agholor considering he’s never been consistently featured besides the team’s Super Bowl LII run, while the emerging Bills need playmakers on the outside and should get younger at running back. In Buffalo, Agholor would get a chance to be a No. 1 receiver that can get open at all three levels, and his ability to find space when the play breaks down is something that compliments the mobile/creative Josh Allen. Still just 26 (in May), the USC product would also bring proven championship experience that Sean McDermott’s roster lacks.

The Eagles clearly didn’t make a mistake by shipping away LeSean McCoy in 2015, but I think general manager Howie Roseman probably still wants to get the franchise’s all-time leading rusher back if he believes the soon-to-be 31-year-old can be productive for at least one or two more seasons. McCoy would be a three-down option that doesn’t need to carry the load on a pass-first offense, and Philly has gotten far more out of veterans than they have younger players drafted under Roseman. This trade opens the door for Buffalo to get a rookie runner in what looks like a deep class.

Cardinals get: No. 78 overall pick

Even if the Cardinals have their sights set on Kyler Murray with the first-overall pick, I wouldn’t call it a foregone conclusion that Josh Rosen is traded for less than what Arizona considers market value. For me, Murray is a top-ten prospect, but he only started one year at Oklahoma, so new head coach Kliff Kingbury might be able to unlock some of Rosen’s potential—thus, rebuilding his trade value—as the starter in 2019 before handing things over to the reigning Heisman winner.

That said, the Cardinals can’t be taking any half measures in what (again) could be Larry Fitzgerald’s final season, and someone offering a quality pick on Day 2 is worth pulling the trigger on in my opinion. Miami sounds like a franchise that is willing to be patient at quarterback before pouncing on one of the top options in 2020, but Rosen is a relatively low-cost, high-reward flier that they might be able to flip in a trade next offseason. If both guys end up panning out, it’s a win-win for Miami and Arizona.

Steelers get: No. 111 overall pick (estimate based on comp. picks)

Antonio Brown—who now apparently wants to be known as “Mr. Big Chest”—seems to be tanking his trade value by the day (or social media post/video), so Pittsburgh’s best option might be moving fast and agreeing to a trade that keeps him from potentially scaring more teams away. The Packers have ten picks to work with in the 2019 NFL Draft, and a trio of Aaron Rodgers, Davante Adams, and Brown would be as good as it gets on the field. Of course, the Steelers could decide they don’t want to give AB the benefit of playing with one of the game’s top quarterbacks on his next team, but they might not get a better offer than an early Day 3 pick at this point.

I would say Rodgers is one of the few passers in the league that can come close to replicating the connection between Ben Roethlisberger and the superstar receiver, so it mostly comes down to a) whether the Packers can trust Brown as a person, and b) if they are comfortable paying big money to both he and Adams. As for the Pittsburgh, they have shuffled through receivers better than anyone, and I think the offense is better off with JuJu Smith-Schuster and James Conner leading the way as zero-distraction weapons for Big Ben.

The Raiders Plan for Vegas

This would be a league-altering move, and one that could work out for both franchises. Derek Carr heading to Jacksonville gives them a quarterback with the talent to consistently lead the defensive-centric squad deep into the postseason, and he’s signed through 2022 at a fairly modest cap number ($22.5 million for next year; lower than that over the final three seasons). While the Jaguars have understandably been linked to the rookie class if they are unable to get Nick Foles, I don’t think 72-year-old Tom Coughlin wants to wait around for a quarterback to develop.

The bigger implications from this move would be on the Oakland side, as they would not only have four first-round picks in April’s draft, but they’d also recoup a 2020 second-round selection that was surrendered in the Khalil Mack trade—as well as another 2020 first-rounder to go along with Chicago’s and their own. All the picks would amount to an unprecedented opportunity for Jon Gruden and Mike Mayock, including the choice of Georgia’s Jake Fromm, Alabama’s Tua Tagovailoa, and Oregon’s Justin Herbert next spring as the face of a Las Vegas franchise.