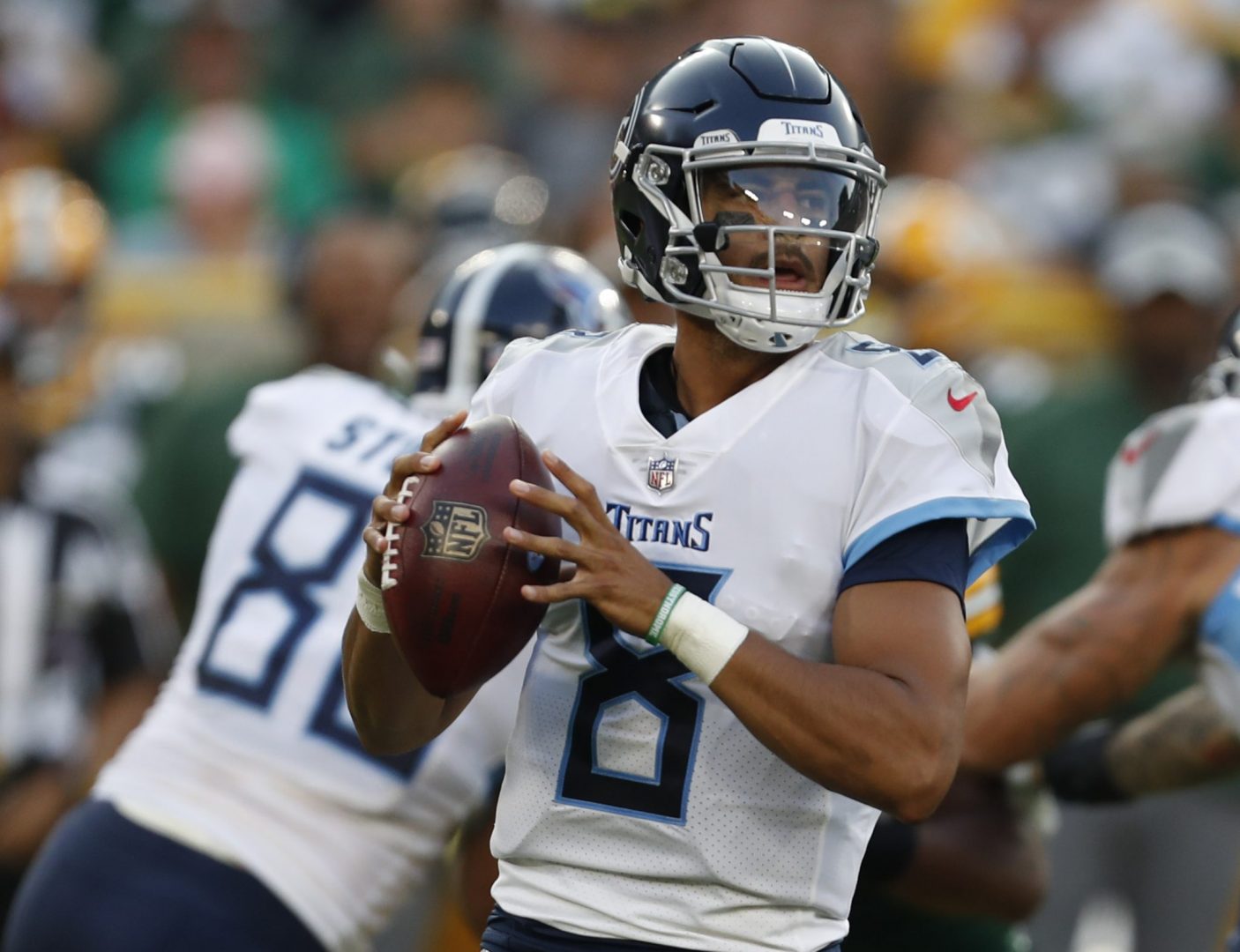 
The Titans are going in another direction at quarterback, benching former No. 2 overall pick Marcus Mariota in favor of former Dolphins starter Ryan Tannehill. While it won’t be surprising if Mariota gets thrown back into the lineup this season and plays well—though that might be difficult, as the Titans are simply a subpar offense that needs to get things fixed on the offensive line before any quarterback is going to have success—it’s likely that he’s looking for a new team this offseason after this benching.

I felt that Mariota was an elite prospect coming out of Oregon, and he’ll turn just 26 years old later this month despite five seasons in the NFL. He should be by far the top quarterback available in free agency this offseason, and—while it’s early and a lot of what happens throughout the rest of this season will likely change destination possibilities—these teams could be interesting in bringing him in as a potential starter in 2020.

The Bengals are currently 0-6 and figure to be in the mix for a top-three pick in next year’s draft, but the Dolphins are still the heavy favorites for the No. 1 selection and the opportunity to draft the quarterback of their choosing. Depending on what happens with underclassmen like Jake Fromm and Tua Tagovailoa, both of whom might stay in school, there’s a chance the Bengals don’t feel any draft eligible quarterback is worthy a high pick. Instead, Mariota is a young option that’s won big games and would be an upgrade over Andy Dalton in my opinion.

Buccaneers head coach Bruce Arians is not a huge fan of hurry-up spread systems partly because he isn’t sure how much leadership those quarterbacks can show, but leadership is not a question for Mariota (just look at how teammates have supported him as the starter and reacted to his benching). While current Bucs starter Jameis Winston does not appear likely to ever get over his turnover issues, Mariota takes care of the football and also offers similar upside to Winston (more upside to me). One issue is that the Bucs might not want to admit it was a mistake selecting Winston over Mariota back in 2015.

Mitchell Trubisky’s performance for the rest of the year will obviously impact whether the Bears might think about being in the market for someone like Mariota. Trubisky and Mariota being similar style quarterbacks might make it less likely that he’s brought in if Matt Nagy wants to go in another direction at the position, but Mariota would push Trubisky at the very least—and if it’s a legit open quarterback competition between the two, Mariota might run away with the job.

2019 third-round pick Jarrett Stidham was very impressive this preseason and has a bright future in the league, but I could see the Patriots targeting Mariota if they are enamored with his team-first attitude and potential as a franchise quarterback that certainly won’t be looking to break the bank and just go for huge contracts to cripple the salary cap if he goes on to have championship success. This one would be scary for the rest of the league, and it won’t be surprising at all if Mariota takes over for Tom Brady and helps the franchise sustain success for another 10+ years whenever Brady retires—but it might come down to how the Patriots feel about Stidham eventually taking over. Also, Bill Belichick has some insight on Mariota’s ability because his friend Chip Kelly coached the former Heisman Trophy winner at Oregon.

I am not saying this is likely, as Derek Carr has looked really good this year in his second season running Jon Gruden’s offense, and I think he’ll continue to play well—also Gruden has made it perfectly clear that Carr is the team’s quarterback and they are happy about it. But if Carr happens to struggle throughout the rest of this season, Gruden is likely to run out of patience ahead of the franchise’s move to Las Vegas—especially if Mariota is available in free agency. Raiders general manager Mike Mayock really liked Mariota coming out of Oregon, and he had him as the No. 1 quarterback in the draft class over Jameis Winston (Winston seemed to be the preferred option in the media).

Gruden was even more effusive in his praise of Mariota back in 2015, saying he did not understand why he was not considered the No. 1 player in the draft, declared Mariota the “steal of the draft” when he went No. 2 overall to the Titans, and said he was like a “six-foot-four Russell Wilson”. He had an up-close seat to watch Mariota win a playoff game in Arrowhead under two years ago while calling the game for ESPN (against the team he’s looking to knock off in the AFC West). Gruden loves Mariota’s all-around package as a quarterback, and he said this year that he wants Carr to run the ball more (something Mariota would not have trouble doing in his offense). Also, Gruden is not a fan of playing rookies, and the Raiders probably won’t be in a position to draft a stud in the top-five; instead, he could grab a 26-year-old quarterback with NFL experience that both he and the general manager were very high on coming out of college. And Mayock has talked about the advantage teams have with quarterbacks on rookie contracts, and the Raiders could probably sign Mariota for a great value. It feels like a perfect fit if Carr doesn’t work out.