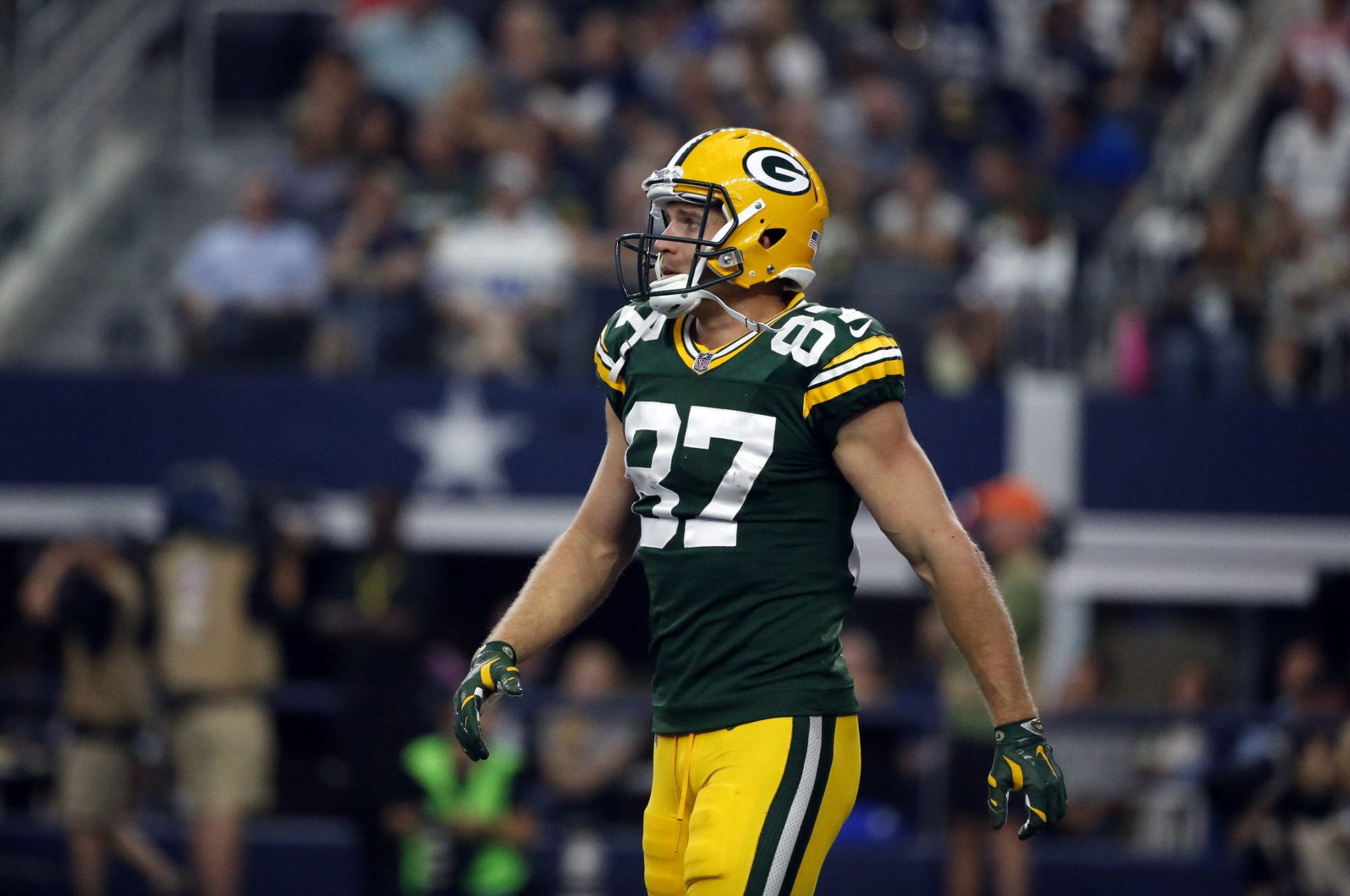 
While Jordy Nelson’s release was certainly a possibility going into the offseason, it was still a slight surprise when it actually happened, as one of the all-time great Packers is now a free agent. Fans from teams across the league immediately took to social media explaining why they want (or don’t want) Nelson yesterday, and I think the former All-Pro can still be a difference-maker on a championship team. Jets safety Jamal Adams was quick to make his case, but here are the other top fits for Nelson in 2018.

People won’t be talking about them, but the Arizona Cardinals have positioned themselves for a deep playoff run in Larry Fitzgerald’s final season after agreeing to terms with Sam Bradford, who from a talent perspective might have been the best quarterback available in free agency. They already have an elite defense and excellent pieces up the middle on offense with Bradford, Fitz, and David Johnson, so they just need to get some outside threats and fix the offensive line. Jordy would be a huge addition and another clutch target alongside #11.

Mack Hollins could be ready to step into the starting lineup for Philly, but why not get Carson Wentz a new toy when he gets back on the field? Nelson is unlikely to find big money elsewhere, so he might view Philadelphia as his best chance at another Super Bowl run—perhaps knocking off his former team in the process. Adding Nelson to an offense that already includes Alshon Jeffery, Nelson Agholor, and Zach Ertz (among others) would almost be overkill.

On the opposite end of the spectrum, Baltimore needs all the help they can get at receiver, and Jordy would give Joe Flacco a proven veteran that can work both outside and in the slot. They need to get back into the postseason first, but the Ravens offense would be cold-blooded with “Playoff Flacco” and Nelson—who went for 9/140/1 in his lone Super Bowl appearance—on the field together. I don’t think the reported signings of John Brown and Ryan Grant necessarily preclude the Ravens from getting another weapon.

Things could change quickly in Indianapolis, as they have a superstar at the most important position in sports set to return in 2018 with Andrew Luck, and new head coach Frank Reich just coordinated Philly’s offense in their Super Bowl run with Nick Foles under center. T.Y. Hilton is one of the most underrated wideouts in the league, but there’s still a big hole across from him—and Nelson seems like an ideal complement to T.Y.’s speed.

The Niners have been aggressive in free agency by signing Richard Sherman and Jerick McKinnon, and they are ready to compete now with the still-undefeated Jimmy Garoppolo leading them on the field. The team already has Pierre Garcon and Marquise Goodwin, but Nelson could easily slide into any role Kyle Shanahan’s offense has for him.

It looks like the Raiders might be the favorites for Jordy right now, as he will reportedly visit them today. It’s easy to picture Jon Gruden being extremely excited about Nelson hitting the open market, and the former All-Pro might not be allowed to leave the building if Gruden has already envisioned him in his offense. It’s worth noting that Derek Carr throws an excellent back-shoulder ball.

It doesn’t appear a reunion with Green Bay is in the cards for Nelson after long-time quarterback Aaron Rodgers posted a heartfelt Instagram message to “White Lightning”, but you might have noticed another #12 commented on the post—none other than Tom Brady. The five-time Super Bowl champion said, “Incredible combo. Incredible passing attack!!!” Now, that’s just Brady being a classy guy and recognizing the greatness over in Green Bay, but it would be typical New England to sign Nelson and have him extend his career with TB12. They already have Bradin Cooks, Julian Edelman, and Chris Hogan, but it’d be unwise to count the Pats out of anything.