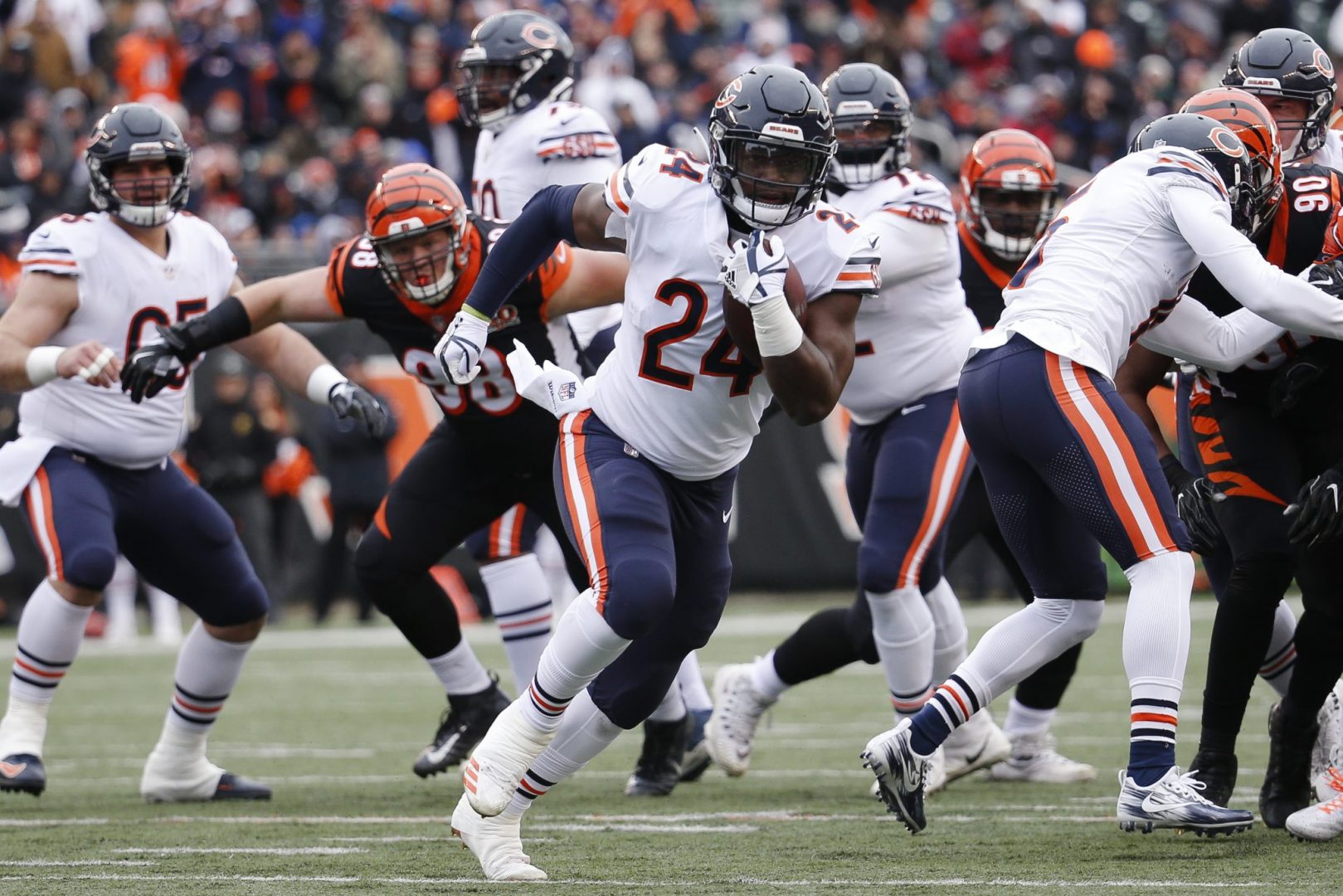 
Bears fans are panicking, and it’s probably justified. Star running back Jordan Howard, who has rushed for 2,435 yards and 15 touchdowns in his first two NFL seasons, has deleted all of his Bears-related Instagram posts. There could be a few explanations for this: Maybe despite all his success under John Fox, Howard wants a figurative fresh star with the new coaching staff and used his Instagram as a way of doing that; or maybe he wants his Instagram to be for strictly off-field activities. But the explanation most seem to believe is that Howard is on his way out of Chicago.

If the 23-year-old running back is indeed available and/or on the move, there should be a lot of teams interested given his proven success in the NFL and his ability to carry the load for an offense. These six teams are potential fits for the current Chicago Bear.

This offseason, the Colts haven’t spent a lot of money on free agents. The team is taking a calculated approach and only obtaining guys they do not have to overpay. Well with a cap hit of under $700,000, Jordan Howard might be the biggest bargain in the NFL. Howard would instantly be inserted into the starting role while working in a thunder-and-lightning combination with second-year back Marlon Mack. Howard’s presence would take pressure off Andrew Luck, and defenses would be forced to pick their poison between letting Howard pound the rock and letting T.Y. Hilton get a lot of single coverage on the outside.

Jay Gruden and the Redskins seem to have a certain type of back in mind for their early-down pounder on offense, as Rob Kelley and Samaje Perine have some similarities. And while both Kelley and Perine have potential, Jordan Howard would give Washington an instant perennial 1,000-yard rusher. Washington’s backfield, which also has superb receiving back Chris Thompson, would become one of the deepest in football. The offense would open up with all the zone-reads, RPOs, and other things Gruden wants to do on offense.

It’s hard to think Giants GM Dave Gettleman and head coach Pat Shurmur don’t love Jordan Howard’s running style. He seems like the perfect fit as the Giants look to reset their culture under the new regime. The team did sign Jonathan Stewart as a free agent, and they have other backs like Wayne Gallman in the mix, but the run game needs to be jump-started. Howard would make that happen.

Speaking of running games needing a jump-start, the Seahawks have struggled to get consistency from the position since 2014. The team might be relying on second-year back Chris Carson to return healthy and ready to take over as the starter, but Jordan Howard has the third-most rushing yards in the NFL over the last two seasons (behind only Ezekiel Elliott and Le’Veon Bell). If the price is right, Howard to Seattle could be a match.

Right now, the Buccaneers might have the most unproven running back depth chart in the NFL. Peyton Barber runs hard and might break out if given an opportunity as the full-time starter, but the Bucs are likely to target a running back in the draft that can be added into the mix. Instead, maybe the Bucs will attempt to acquire the Pro Bowler Howard, who they already know is a very successful runner in the NFL.

Typically, teams think highly of players that performed well against them—it’s just natural to think highly of a guy you see have a great game close up. Last September, with a hurt shoulder, Jordan Howard basically put the Bears on his back, rushing for 138 yards and two touchdowns while leading Chicago to an overtime upset victory against Pittsburgh. The situation with Le’Veon Bell is still up in the air, and maybe the Steelers will decide they can get another top-flight running back instead—and for a fraction of the cost. The Steelers would have Howard under team control for the next two seasons, and they would only be paying him a salary about 5% of what Bell wants. Financially, this makes too much sense.