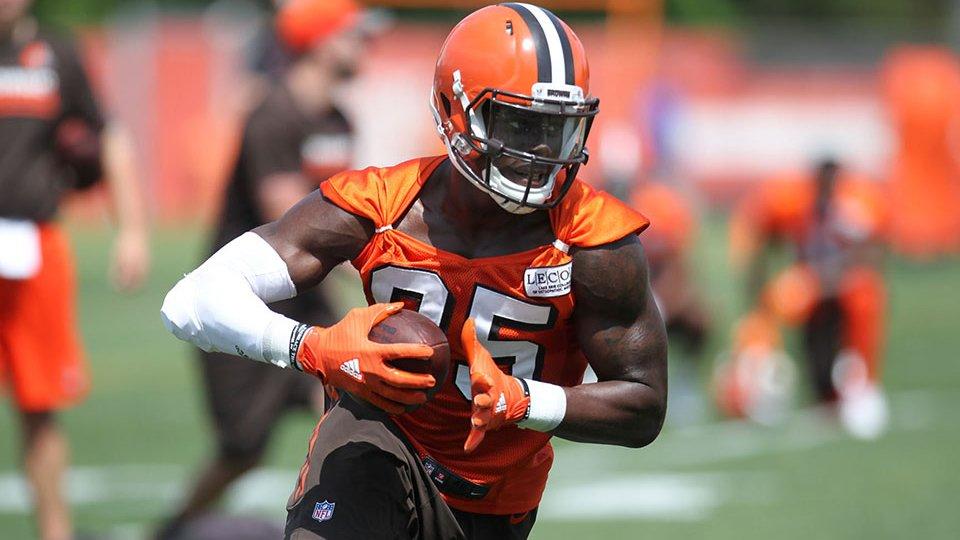 I had thoughts of choosing Tom Brady at age 44, but this will probably come down to one of the younger quarterbacks (including the 2018 class) or Aaron Rodgers at age 37. Mariota is the pick, though, as he will be right in his prime and the Titans have an up-and-coming team.

There will likely be a few guys who will be playing on Saturdays this fall that make the 2020 All-Pro team, and Barkley could be the one with the brightest NFL star. The Penn State runner might be better than any of the guys drafted over the past couple years.

He’s had 1,000 receiving yards in each of his first two seasons, but it still feels like we are waiting for Cooper to take his game to the next level. He should soon enough.

Robinson has already taken his game to the next level with an 80/1,400/14 campaign in 2015, but his numbers took a step back last season. If Blake Bortles doesn’t figure things out and the Jags get a new franchise quarterback in next year’s loaded class, Robinson should be dominant once again.

Rob Gronkowski and Travis Kelce will both be 32 during the 2020 season, so one of the younger options should emerge by 2020. This year’s rookies Njoku and O.J. Howard come to mind, and I like Njoku as the safer bet in his situation. Both have great upside.

I had McCaffrey as a top-five prospect throughout the pre-draft process, and Carolina’s offense will probably be centered around him in Cam Newton’s age-32 seasons (if Cam is still with the Panthers). The guy can simply do it all.

This was a close one between a few young players, but I went with Tunsil, who would have been the first offensive lineman off the board last year if not for his draft-night incident. The Dolphins feel highly enough about him that they moved on from Branden Albert—who was a solid option at left tackle—to allow Tunsil to play there this season and in the future.

Osemele was a First-Team All-Pro last season, and guards are one of the most favorable positions to play when it comes to aging in the NFL. Just look at Marshal Yanda, who was still an elite player as a 32-year-old with significant injuries in 2016. Wherever the Raiders are playing in 2020, Osemele should be a staple.

The same is true for Frederick, who should be still going strong as he blocks for Ezekiel Elliott and Dak Prescott over the next few years. There aren’t really any young centers currently in the league that look like a serious threat to Frederick.

Martin should still be anchoring the Dallas offensive line along with Frederick come 2020. Both are at the top of their games and should age well on a talented roster.

His teammate Taylor Lewan was considered for my choice as left tackle, and Conklin would probably be playing there on most other NFL teams. With those two protecting Marcus Mariota, Tennessee is in good shape.

Edge rusher is going to be one of the more competitive positions for All-Pro teams in a few years, but Clowney will likely have taken the torch from J.J. Watt at 32-years-old by then. If he improves on his 2016 season and keeps it up for a few years, watch out.

Khalil Mack will be 30 and Von Miller will be 32, so the next great pass rusher should be able to snag a First-Team All-Pro selection if he lives up to his potential. Hopefully Cleveland is a winner by 2020.

He relies on his quickness and athleticism because he isn’t the biggest guy for a defensive lineman, so there is a chance he loses a step in four years. Still, Donald is one of the best players in the NFL, period, and it wouldn’t be a surprise if he was still wrecking games at age 30.

What if I told you there is a player still in college that moves almost like Aaron Donald, but is more than 50 pounds heavier? Clemson’s Dexter Lawrence could be that guy, and he is already being crowned as the first-overall pick in 2019.

Hicks is arguably the most underrated linebacker in the league, as evidenced by him being snubbed on the NFL Top 100, but if he keeps making big-time plays, the acclaim will come for the playmaker.

We aren’t even sure how Reddick will play as a stand-up, inside linebacker (he mostly played defensive end at Temple), but he sure does project well there. Reddick should be flying around on defense for the next decade in the desert.

Jack played well in limited action for the Jaguars last season, and he is still just 21-years-old. The talented young player is moving to a full-time role in 2017, and it could unlock his potential.

Peters was a First-Team All-Pro last season, and he will still be in his prime in 2020. The Chiefs cornerback is definitely a gambler, but it’s paid off so far, and his reputation could earn him close to zero attention from opposing quarterbacks by the time he turns 28.

After taking on all challengers as a rookie, Jalen Ramsey established himself as one of the cornerbacks in the game. He is the third Jaguars player on the list; things are looking up for them.

Hooker was one of my favorite players in the 2017 NFL Draft, and he should be the NFL’s best “centerfielder” very soon if he can stay healthy. He will be helped by Vontae Davis and fellow rookie Quincy Wilson at cornerback this season at least.

As a 22-year-old, Landon Collins was a beast for the Giants defense, recording 125 tackles, four sacks, and five interceptions, including a touchdown. There is no reason he won’t continue to be one of the best all-around players in the NFL when 2020 comes.

The final spot on my 2020 All-Pro team goes to Ha Ha Clinton-Dix. No matter how he plays in four years, Ha Ha will definitely still be on the all-name team.