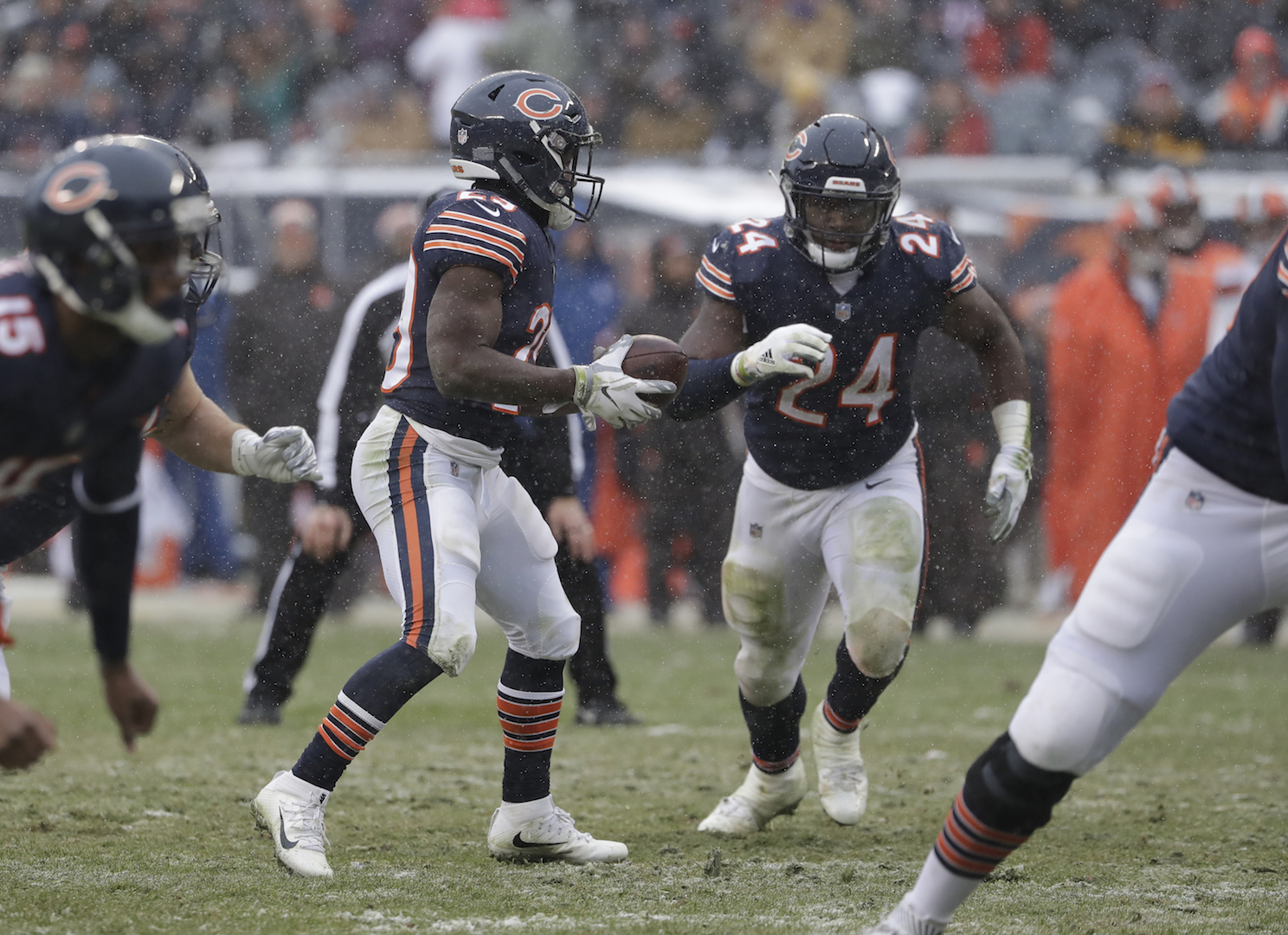 
There is an argument to be made for the best two running back duos of all-time both existing right now, as Atlanta (Devonta Freeman and Tevin Coleman) and New Orleans (Alvin Kamara and Mark Ingram) both have two exceptional players leading their respective backfields. However, with Coleman set to hit free agency next year and Ingram possibly entering his final season with the Saints, we could be looking at some other duos taking over the league pretty soon. What might the top one-two backfield punches be in 2020? Here are six candidates in my opinion.

I wouldn’t get caught up in the rankings, as this is more of a way to spotlight the potential duos than it is to compare them. In April, Detroit traded up to select Kerryon Johnson (with Washington thought to also want the Auburn product a pick later), so they clearly have big things in store for him in 2018 and beyond. I thought Johnson was the most underrated runner in the draft, and he will be paired with Theo Riddick, who has an 80-catch season under his belt as of one the best receiving backs in football. It will be interesting to see how they split touches if the rookie develops into an elite pass-catcher like I think he will.

5. Derrius Guice and Chris Thompson (WAS)

Before a fractured fibula ended his season last November, Chris Thompson was a game-breaker for the Redskins with 13.1 yards per reception, and through five seasons, he is averaging 5.2 yards per carry as a runner. He will be an unrestricted free agent after the 2019 season and will turn 30-years-old in October of 2020, but I don’t see why Thompson would be anywhere other than Washington and Jay Gruden’s offense. Of course, he’d be the less-notable half of a duo with Derrius Guice, who already runs violently enough and could have a chip on his shoulder after falling in the draft.

After signing a three-year extension earlier this month, Duke Johnson is set to be in Cleveland through the 2021 season, but Nick Chubb is the main reason to be optimistic about the duo being among the league’s best. Chubb is extremely powerful but has deceptive speed to accelerate around the corner or force bad angles by would-be tacklers on the second level, and his old-school style could allow the Browns to return to relevance in a couple years. Plus, he didn’t get a chance to show it much at Georgia, but the 230-pound back flashed good hands. And Johnson could provide value in the slot and out wide as a receiver like he did in 2017.

This video of Kenyan Drake and Kalen Ballage was actually the inspiration for me to write this article, as the two young backs pushing each other could lead to a dangerous thunder-and-lightning combination for the rest of the NFL. Drake has always been the change-of-pace option since his Alabama days, but he showed he could dominate in a lead role last year for Miami. On the other hand, Ballage has all the talent in the world (4.46 40-yard dash at six-foot-two, 228 pounds) but wasn’t as productive as he should have been at Arizona State, so he needs to prove himself to Adam Gase and the coaching staff. I think he will, and this duo could become a force under the tutelage of Frank Gore for a year or two.

Tennessee’s backfield should already be at their full potential this fall, as Dion Lewis joins the bruising Derrick Henry in Matt LaFleur’s offense, and both are obviously proven difference-makers in the league. Just imagine defenders gearing up for a six-foot-three monster like Henry on one play, and then not being able to find the small, compact Lewis on the next play. You might be thinking that 2020 will see these two—particularly Lewis—done as a tandem, but he is still just 27, and neither guy has a lot of tread on the tires.

The most underrated superstar in the NFL, Jordan Howard has been No. 2 (2016) and No. 6 (2017) in rushing yards since entering the league, and there’s no reason to believe that he will suddenly fall off in a new offense; if anything, the former fifth-round pick will benefit from Matt Nagy’s attack and a much more talented roster on both sides of the ball around him, which should allow Chicago to play ahead more in 2018 and beyond. With Tarik Cohen—who caught 53 passes for 353 yards as a rookie—doing damage as a COP back and main receiving option, the Bears are in good shape and could claim the title of best backfield duo as early as this season, but almost certainly by 2020.