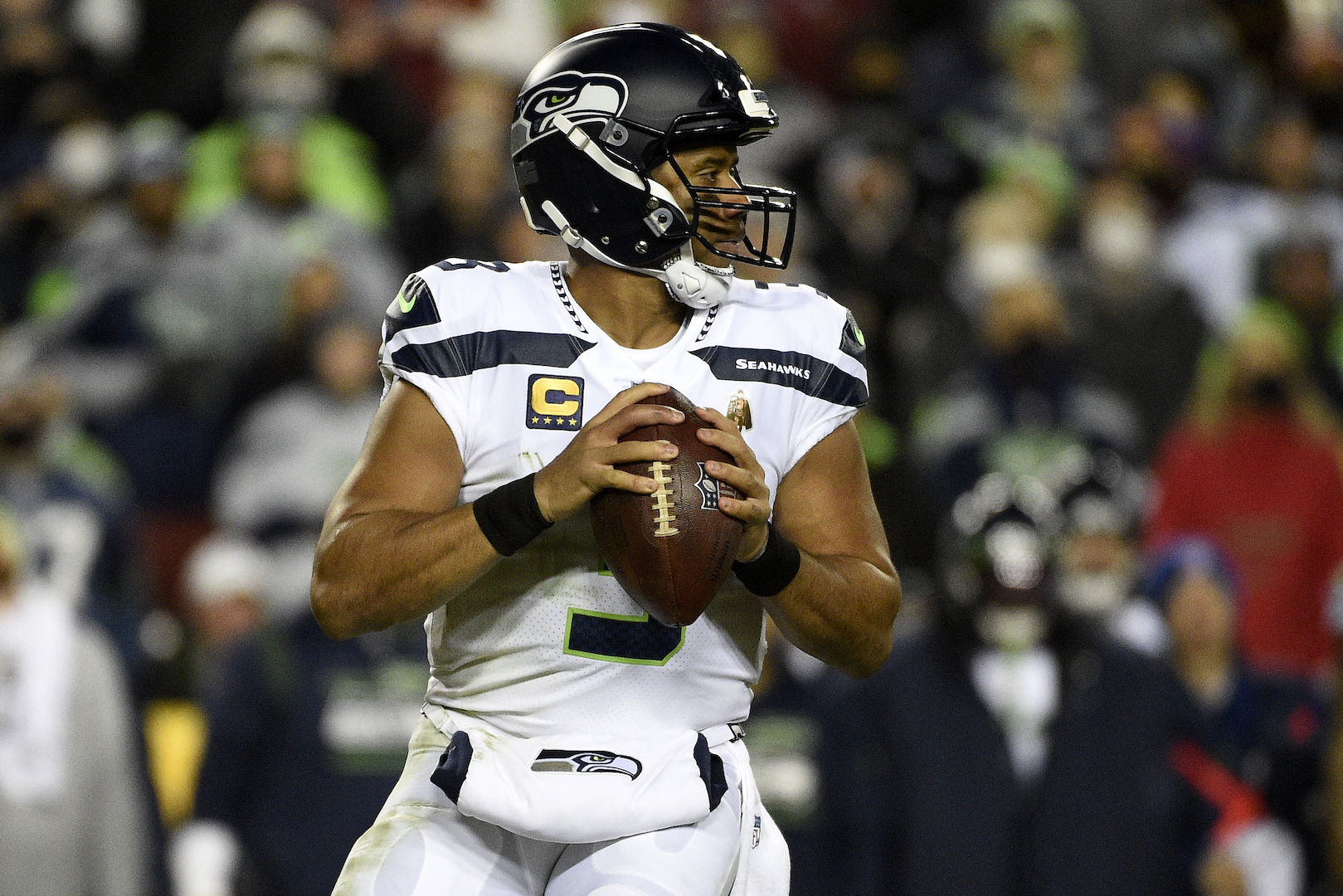 Predicting The Quarterback Landing Spots For The 2022 NFL Offseason


The 2022 NFL offseason looks to be another crazy one for the quarterback position, with a ton of uncertainty for teams like the Buccaneers and Steelers, along with players such as Aaron Rodgers and Jimmy Garoppolo. One move could cause a domino effect that impacts all other teams and players, but this is my best shot at predicting the quarterback market this offseason.

Multiple teams have reportedly made offers to the Packers for Aaron Rodgers, which is not surprising considering he’s a four-time league MVP and one of the top players in the league. The Broncos, Steelers, Panthers, and Commanders are all likely among the teams that have thought hard about making offers. However, bridges were rebuilt in Green Bay over the past several months, and the Packers have cleared cap space recently. The most likely scenario is an extension that pays Rodgers a ton of money (probably the most in the NFL) over the next two or three years.

Unless Washington wants to include Chase Young and a plethora of draft picks, which seems unlikely, the Eagles—with three first-round selections this year—might be the only team that could realistically land Russell Wilson this offseason. However, Wilson will likely ultimately stay in Seattle again despite the rumors continuing to swirl for a second straight year. It’s not like Wilson is in the final year of his contract, and he’s probably determined to help the Seahawks bounce back from their first losing season during his tenure. Perhaps Wilson will be on the move in the future, but the smart bet is on him staying put in 2022.

I know, all the talk is that Jimmy Garoppolo is a terrible fit in Bruce Arians’ offense because he might not throw the deep ball as often as Arians would like. However, Garoppolo actually isn’t a bad match at all in the Tampa Bay offense. The Bucs have one of the league’s top offensive lines to protect him, and he can put the ball on target to Mike Evans and company—and if Chris Godwin is able to be brought back during free agency, he profiles as an especially good fit with Garoppolo. Also, the leadership of Tom Brady obviously cannot be replaced, but Garoppolo had a ton of respect from his teammates with the 49ers, so weight like that will be needed for whoever the next quarterback is for the Buccaneers. For a team that wants to continue to compete for championships, an experienced option like Jimmy G (who has won a lot of games when he’s been on the field) is probably the best realistic choice for Tampa. Furthermore, the Buccaneers feel good about Blaine Gabbert as a starting option, so he’d be good insurance behind Garoppolo, who has been injured often throughout his career.

This would probably only happen if Deshaun Watson’s off-field and legal troubles are sorted out this offseason. It would not be shocking if he sits out for another season if that is not the case. But if Watson is cleared, I could see the Panthers getting desperate and offering a ton to the Texans for their former franchise quarterback. It’s well known that Carolina tried to acquire Matthew Stafford last winter, so you can bet David Tepper’s team is swinging big right now—they are probably among the teams that have made an offer for Aaron Rodgers. However, Matt Rhule might have to settle for Watson despite it probably not being a great fit culture wise.

Almost all the smoke is that the Commanders want to find a way to get Russell Wilson. Ron Rivera’s squad has not been shy about voicing their desire to land a top quarterback to lead the team moving forward. And team owner Daniel Snyder has allowed his franchise to be aggressive over the years. But if they aren’t sold on Watson as a fit given the off-field stuff, and if the Seahawks won’t budge on Russell Wilson, Marcus Mariota might be the guy for the Commanders. Mariota is a dual threat that takes care of the ball and would blend nicely with a defensive-minded team.

The Steelers might go with former second-round pick Mason Rudolph (with a 5-4-1 record with the team) and former Washington first-round pick Dwayne Haskins at quarterback this year, but Mitchell Trubisky would be an excellent free-agent option. Trubisky did not play nearly as poorly as the media would claim while he was with the Bears—in fact, he played very well at times and helped Chicago win games. After a year to have a bit of a “reset” with the Bills, Trubisky is a high-upside option that Pittsburgh and other teams should target if they can’t get Aaron Rodgers.

The quarterbacking musical chairs this offseason has a chance to be pretty crazy, and teams like the Saints (still with Taysom Hill and potentially re-signing Jameis Winston coming off the torn ACL) and Broncos (perhaps banking on Aaron Rodgers following Nathaniel Hackett) have not even been mentioned as landing spots for any of these quarterbacks. The Colts are another team that should certainly be in the mix for a new quarterback, and the talk is that they want to move on from Carson Wentz after one season. However, if they strike out in the market, it should not be totally shocking if Frank Reich goes to bat for another year of Wentz under center in Indy.