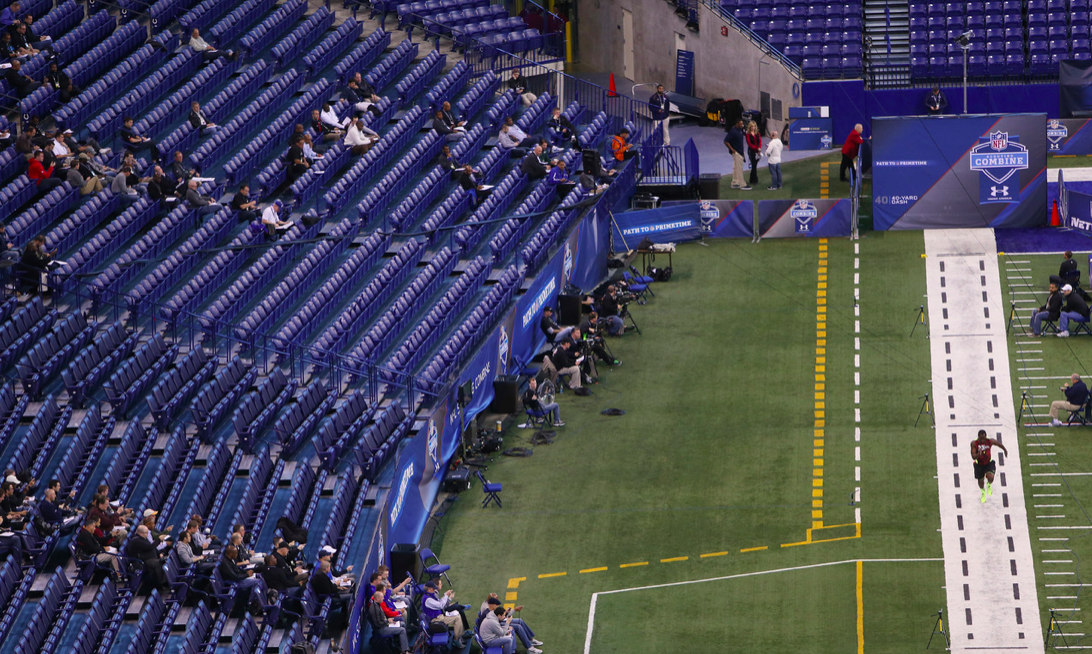 
On-field workouts for the 2019 NFL Scouting Combine are just a week away, so I’m making some predictions about which prospects might finish atop the class for the 40-yard dash, vertical jump, 3-cone drill, etc. Television coverage for Day 1 of the Combine will begin Friday, March 1st at 9 AM ET on NFL Network with the running backs, offensive lineman, special teamers, and place kickers.

Especially with Oklahoma wide receiver Marquise Brown (foot) not participating, there aren’t many obvious candidates to run a 4.3 or better next week. Mecole Hardman is probably the favorite to top this year’s class, but if not, we could see a lesser-known wideout or cornerback take the crown. John Ross should be safe, though.

This will almost certainly be a guard or interior defensive lineman, and I’m going with Greg Gaines because his build provides an advantage over most thanks to an extremely compact frame. The former Huskies standout was successful in basically benching blockers off him through four years at Washington, and his relentless play should mean he’s determined to show off his raw strength.

A tight end might seem like a bit of an outside-the-box option, but Noah Fant is a freak athlete at six-foot-five, and we’ve seen recent prospects at his position hold their own in the vertical jump (just last year, Mike Gesicki tied for the top mark at 41.5 inches). Iowa teammate and fellow tight end T.J. Hockenson is getting top-ten buzz, but don’t be surprised if the tide turns for media analysts after the Combine.

I think this might be the hardest drill to predict, but Justin Layne is a converted receiver that profiles similarly to All-Pro cornerback Jalen Ramsey, who had an impressive broad jump of 135.0 inches in 2016. At six-foot-three, Layne undoubtedly has the length to be a star at the next level, and his stock might really take off by showing big-time explosiveness in Indianapolis.

Last year, Kyler Murray’s former college teammate Jordan Thomas actually set the record for the 3-cone drill (6.28 seconds), which is easily the best mark of all-time (Jeff Maehl is second at 6.42 seconds). However, I think Murray could make it a short record for Thomas, as he has unteachable, Barry Sanders-like quickness/feet.

Murray also has top-end acceleration, and a clean sweep in all the speed drills (including the 40-yard dash) wouldn’t be surprising. The 20-yard shuttle in particular should be really fun to watch the reigning Heisman winner participate in because of his lightning-quick change-of-direction skills. Even if he doesn’t set any records, I expect the Murray-to-Arizona talk will only intensify in the coming weeks.