Home / frontnfl / Predicting When Each Rookie Quarterback Will Become The Starter 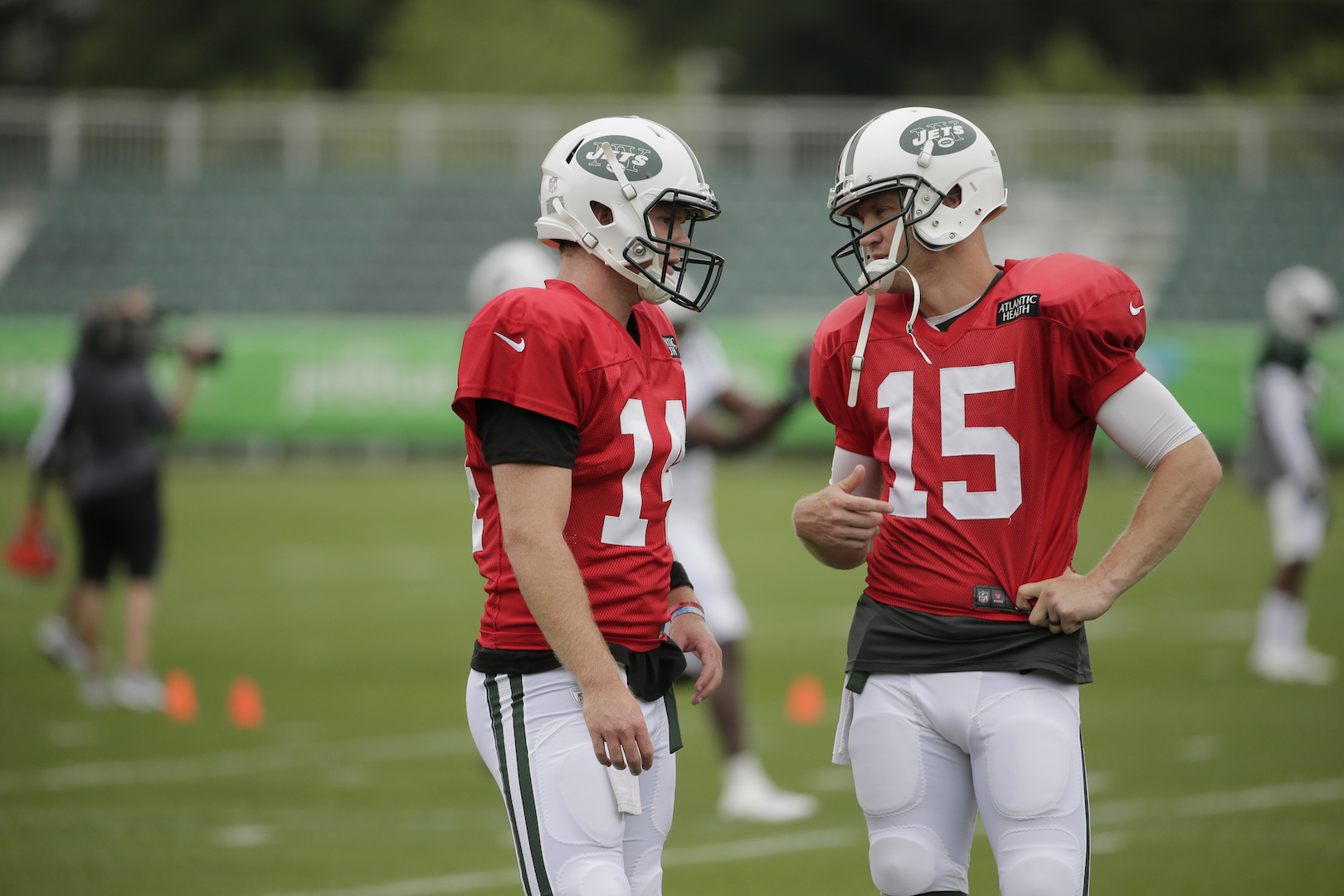 Predicting When Each Rookie Quarterback Will Become The Starter


Five quarterbacks were selected in the first round of the 2018 NFL Draft, and sooner or later, all of them will likely make starts for their respective teams. When exactly will that be for each signal-caller? Here are my predictions for this year’s rookie class.

Browns head coach Hue Jackson has been adamant that Tyrod Taylor is the starter, but does a guy with a 1-31 record really have enough breathing room to keep the No. 1 overall pick on the bench? I think there is a chance Mayfield ends up under center for the season opener if he is clearly the best quarterback on the roster, but if not, a primetime matchup with the Jets (and potentially Sam Darnold) on Thursday Night Football seems like the ideal spot for a debut. Team owner Jimmy Haslam could even get involved if he wants to show off the new face of the franchise in front of a national audience. Plus, with games against the Steelers and Saints the begin the season, it’s more likely than not Cleveland falls to 0-2 and extends their losing streak to 19 games, which would be the third-worst in NFL history and only cause the shouts for Mayfield to turn into roars.

While the Browns are saying they will start Tyrod Taylor all year, the Jets are having a wide-open competition between Josh McCown, Teddy Bridgewater, and No. 3 pick Sam Darnold—and I have a feeling they will go with the rookie if no one separates themselves this month. Darnold starting in Week 1 (a Monday Night Football matchup in Detroit) and then two more weeks against the Dolphins and Browns would potentially give him momentum heading into a tough stretch against Jacksonville, Denver, and Minnesota in three-of-four weeks. At least one rookie quarterback has started the season opener in each of the past ten years, and Darnold appears to be the favorite to keep that going in 2018.

I think Josh Allen will end up making his first start somewhere between Week 4 and Week 7, but we’ll go with the low end since the Bills have high expectations as the only returning playoff team on this list. Buffalo basically has the most difficult early-season schedule imaginable for a young quarterback (@ BAL, v LAC, @ MIN), so the team will probably decide to roll with A.J. McCarron for at least those games as Allen continues to develop. Entering the lineup in Week 4 and giving a battle to Aaron Rodgers and the Packers at Lambeau Field—against a young secondary—could give Allen confidence after enduring unwarranted criticism over the past few months.

The UCLA product was widely regarded as the most pro-ready signal-caller in this year’s class, but I think 2019 is the earliest we will see him on the field barring injury, as Sam Bradford is one of the best pure passers in the league and a really good fit with Arizona’s personnel led by Larry Fitzgerald and David Johnson. After the season, the Cardinals will have a decision to make with a $20 million option on Bradford in 2019, so it might take a deep playoff run or MVP-caliber season (both of which I think are possible) to keep the team from going with Josh Rosen on a much cheaper deal if they like what they see from him in practice this year.

This is not an overreaction to the Hall of Fame Game or a slight on Lamar Jackson—who was my No. 9 overall prospect in the 2018 NFL Draft—but I think it will take time for the former Heisman winner to be ready to play at the next level. And perhaps more importantly, the Ravens don’t really have a chance to get out of Joe Flacco’s big contract until after the 2019 season, as they would be absorbing $16 million in dead cap next year to get rid of a former Super Bowl MVP, which seems kind of silly. The best thing for both Jackson and the franchise would be to let Flacco take the reigns for at least two more seasons while the rookie—who won’t be entering his age-23 season (Baker Mayfield’s current age) until 2020—is afforded time to mature as an NFL quarterback.