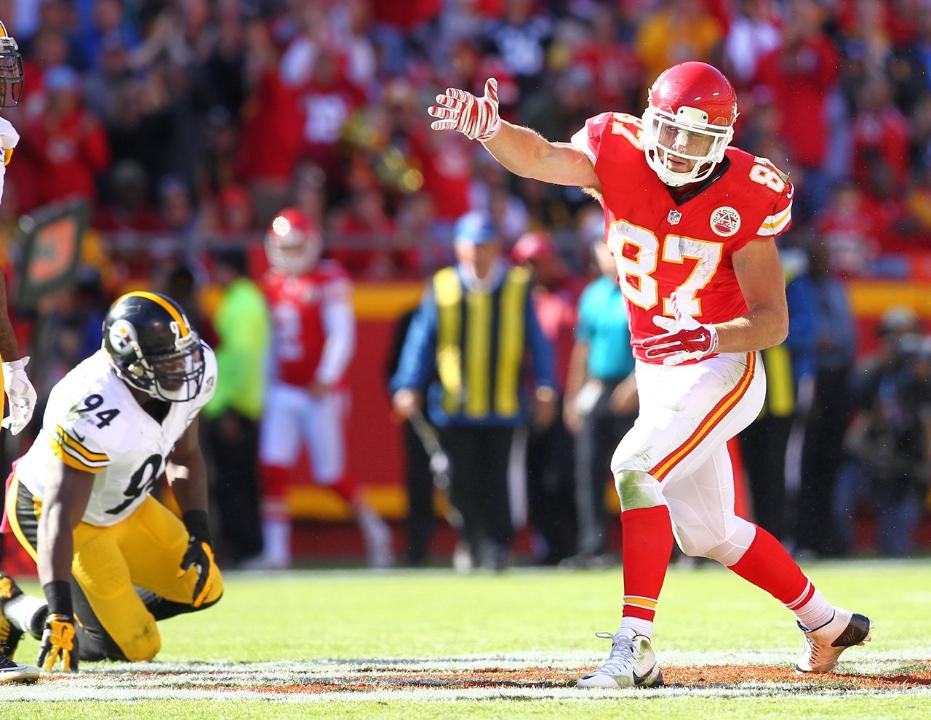 
It’s been way too long without football. Thankfully, we got a little taste of next season, with the release of the NFL schedule last night. Some will want to make record predictions, even though the draft hasn’t even happened yet and players like Adrian Peterson and Jamaal Charles don’t have teams yet, but we won’t do that.

Instead, I’ll give some key takeaways from the release of the NFL schedule. Next week, we’ll have a Top Ten Tuesday for the best games on the schedule for next season. In the meantime, here are some quick thoughts on the schedule.

The NFL is high on the Chiefs, and rightfully so.

Kansas City leads the NFL in primetime games, with six—including the opening game of the season versus the Patriots. The Chiefs’ primetime schedule is as follows:

With a whopping five out of eight games in primetime to start the season, I’m slightly concerned fans might get a little Chiefs fatigue. I definitely will not mind watching them in primetime, but spreading the games out wouldn’t have been a bad idea.

Obviously, the schedule makers believe the Chiefs are going to be among the better teams this season. Last season, I thought they had the best chance of knocking off New England in the AFC, and as of now I think that’ll be true for this season.

There are no Week 4 byes this season.

Since 2012, there have been Week 4 byes. I think it’s an excellent idea to eliminate the Week 4 bye—it’s just too early in the season to have a bye. Now teams will get to play at least a quarter of their season before they get a bye. And on a less important note, fantasy football players can keep get more of a feel for their lineup before making bye week decisions.

The NFC East will be a big part of your Thanksgiving.

Just not the Eagles.

The Chargers will play the Cowboys in the second game on Thanksgiving, while the Giants and Redskins face off in the night cap. People will surely be complaining about East Coast bias come Thanksgiving.

While I don’t think any NFL game is “boring” as some people argue when it’s two lesser teams, I certainly prefer better teams. I think the Thursday night schedule for this season is promising. In particular, there are some good non-divisional matchups like Tennessee vs. Pittsburgh.

Some other notable Thursday night matchups include Patriots vs. Buccaneers, Chiefs vs. Raiders, Seahawks vs. Cardinals, Redskins vs. Cowboys, and Saints vs. Falcons.

Seriously, I know they’re two popular teams, but can we get someone else other than them playing on SNF?