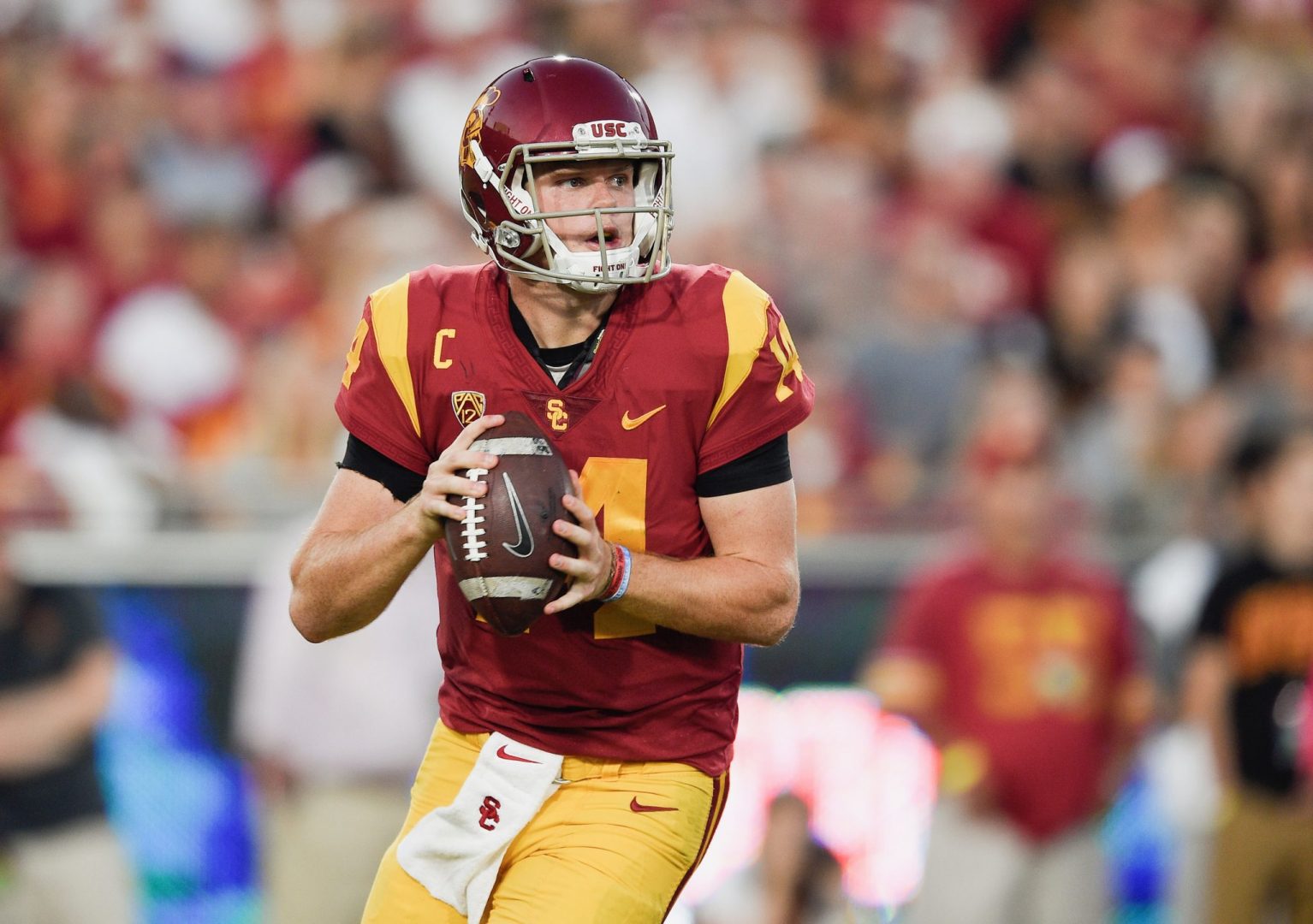 
There’s still a lot of the 2019 pre-draft process still to come, so things will change, but generally evaluations of the top quarterbacks in the draft have been formed. This year’s quarterback class is seen as a lot weaker than last year’s class, but how would all the guys stack up as NFL prospects if they were all in the same draft? Again, evaluations for this year can change, but right now this is how I compare the two classes by ranking the 2018 first-rounders and my current first-rounders for 2019. For the 2018 quarterbacks, this is how I viewed them as prospects, not how I currently view them now.

I thought Saquon Barkley was the top overall prospect in last year’s draft and would’ve taken the supremely talented running back first overall without hesitation, but I still felt strongly that Josh Allen would be a stud franchise quarterback in the NFL. The Bills are obviously very happy they were able to get Allen seventh overall, and his rookie season was extremely promising. As a prospect, Allen had a golden arm, overblown accuracy concerns, great size, remarkable athleticism, and promising leadership qualities. The upside was and still is astronomical after he did whatever he wanted against opposing defenses at times as a rookie last season.

Turnovers were the huge concern for Sam Darnold coming out of school, and it was basically my lone concern for the former USC starter. If not for the young signal-caller’s mindset, the turnovers might’ve been enough to make me not make me believe he was a top-five-to-ten prospect—but he was still very young (20 years old when he was drafted) and doesn’t have a reckless personality that could potentially translate to continued carelessness on the field. Darnold has a relatively loopy release, but it’s quick and decisive, helping him get the ball out accurately and on time to his receivers. Also, I liked that Darnold has a tough personality and command the respect and attention of the entire locker room without saying much.

There was a time when I thought Lamar Jackson might’ve been the top quarterback in the 2018 NFL Draft, but Allen and Darnold were squarely ahead of him by the time the draft rolled around. There were apparently concerns about Jackson’s personality and ability to read defenses, which is probably why he dropped to No. 32 in the draft—but I didn’t get a chance to talk to him, so I just judged his play at Louisville and thought he was a top-ten prospect. The former Heisman Trophy winner obviously had unteachable speed and acceleration, making him a gamebreaking weapon in the open field; but I was optimistic about his ability as a passer, as he showed accuracy on intermediate-to-deep passes—he just needed (and still needs) work on accuracy outside the numbers.

As has also been reinforced by his actions, Heisman Trophy winner Kyler Murray certainly sounds like he’s 100% committed to football, so he can probably be evaluated as if baseball is not a factor. The success of undersized quarterbacks like Drew Brees and Russell Wilson, along with the NFL turning into more of a wide-open game, makes Murray’s height something that should be in the back of your mind more than a massive concern. The bigger worry for Murray’s size is his overall build, but he’ll apparently measure in at over 200 pounds—I thought he might have been around 170 or 180. Murray is a road-runner-like weapon with the ball in his hands, and he has more than enough arm strength to rip the ball to all areas of the field. It’s a bonus that Murray obviously loves football after choosing it over a sport in which he was already drafted ninth overall.

I’m being honest with this ranking of the 2018 and 2019 quarterback draft prospects, but if I were to get a do-over, I might have Mayfield up to No. 3. There were justifiable concerns about Mayfield’s personality coming out of Oklahoma, and there still are some concerns in that regard after his rookie season with the Browns. But he helped spark Cleveland’s turnaround while setting an NFL record for passing touchdowns as a rookie. Coming out of OU, Mayfield had excellent arm strength with very good accuracy with solid escape-ability, making him an obvious first-round prospect even with any slight character red flags.

Dwayne Haskins is a player that I think getting to talk to could really shape his status as a prospect, as he’s apparently an extremely smart quarterback that will kill it on the whiteboard for teams. A concern is that Haskins had just one full season as a starter for the Buckeyes, but he’s an accurate pocket passer with the size many teams still covet from their quarterback. If given protection at the next level, Haskins will probably be able to stand back in the pocket and pick apart NFL defenses early in his career.

Daniel Jones is a three-year starter that played under David Cutcliffe (who was an assistant coach for Peyton Manning at Tennessee and the head coach of Eli Manning at Ole Miss), and his technique and fundamentals give him the look of an NFL quarterback. While Jones doesn’t have a huge arm, he has more than enough arm strength to make every throw—his rhythm and timing helps make up for any lack of throwing velocity. An underrated part of Jones’ game is his athleticism—he had 17 rushing touchdowns in college, and he knows when it’s the right time to take off and run.

2019 draft prospect Drew Lock is an intriguing player that could be here in the final spot, but last year’s tenth overall pick Josh Rosen gets the slight edge. Rosen can sling the ball around, but I think he needs more help around him to have success than these other guys do. His ability to tuck the ball and run with it as a rookie for a bad Cardinals team was a pleasant surprise, but there were some durability concerns with Rosen coming out of UCLA. Also, I had concerns that Rosen might be a little too arrogant as a prospect—confidence is key, but it can come off the wrong way, as was the case when Rosen said there were nine mistakes ahead of him after he was drafted.