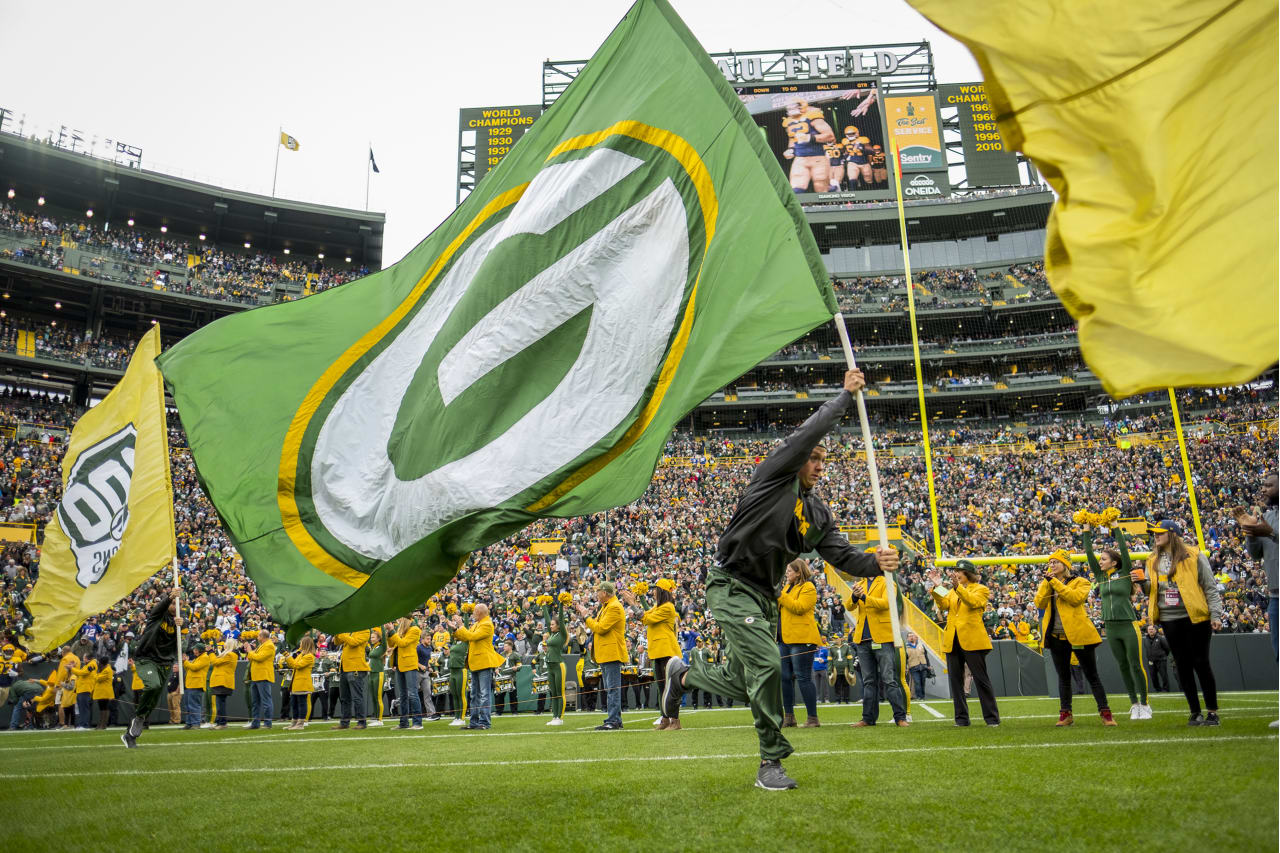 
Barring a shocking firing/retirement/trade in the coming weeks, it looks like there will be eight head coaching vacancies to fill this offseason. Here is how I would rank the openings if I were a head coach seeking employment for 2019 and beyond.

I don’t like how the franchise handled Mike McCarthy’s firing—a Super Bowl-winning head coach should be allowed to finish out the season—but historically, the Packers are one of the classiest organizations in sports, and a new regime should have time to turn things around. Besides having one of the greatest quarterbacks of all-time in Aaron Rodgers, Green Bay also has All-Pro left tackle David Bakhtiari, star receiver Davante Adams, and a handful of young pieces on defense headlined by cornerback Jaire Alexander and defensive tackle Kenny Clark. Plus, with two first-round picks in the 2019 NFL Draft, the Packers should be able to add a couple impact players or perhaps even move up for an elite prospect they covet. The only potential negative here is Rodgers not returning to form following a sub-par 2018 campaign, but I would count on a bounce back at full health.

The Broncos job seems to be getting overlooked as a destination for candidates, but anyone that’s unafraid of an emerging AFC West should strongly consider this opening. As things currently stand, Denver has the pieces to compete for a playoff spot in my opinion, and while I don’t think Case Keenum is the long-term answer at quarterback, he’s a perfect bridge option before doing whatever it takes to get Georgia’s Jack Fromm in the 2020 NFL Draft. Furthermore, the most recent rookie class—Bradley Chubb, Courtland Sutton, DaeSean Hamilton, Josey Jewell, and Phillip Linsday (though obviously undrafted), among others—shows John Elway knows how to evaluate talent, and Mile High Stadium should be one of the best home-field advantages in the league. Another encouraging aspect of this job is the improvement we saw from the run defense in the second half of a 6-10 season, as the team didn’t quit when others often do.

Cleveland is understandably at the top of many lists for 2019 vacancies (and the top four for me could basically go in any order), but despite all the young talent on the roster, I’m not sure it’s the most desirable vacancy. First of all, general manager John Dorsey—who was fired in Kansas City and, contrary to popular belief, wasn’t the chief decision-maker when they selected Patrick Mahomes—has already made a few curious moves such as handing out huge money to Jarvis Landry and trading a third-round pick for Tyrod Taylor. Plus, the brash culture being established might not play as well as it did in the second half of 2018 when expectations increase (just look at Jacksonville), and personally, Baker Mayfield just wouldn’t be at the top of the list for quarterbacks that I’d want to build around. That said, the young talent acquired over the past few years is undeniable, and the roster foundation has championship potential centered around a hungry defense and a dominant offensive line.

General manager Mike Maccagnan sticking around holds back the Jets job, but Sam Darnold would be the quarterback of choice out of all eight openings for me (because Aaron Rodgers turns 36 next season), and that’s key when it comes to building a winner. Darnold still needs to cut back on the turnovers—his biggest flaw coming out of USC—but he tossed five touchdowns and zero interceptions over the final three games of the year, which hopefully builds confidence into 2019. Unfortunately, the franchise is saddled with free agent bust Trumaine Johnson for at least two more years after signing him to a whopping five-year, $72.5-million deal last offseason, and the 29-year-old is setting a terrible example for younger players following a healthy inactive in the season finale due to missing meetings and practice, which is simply inexcusable. The new head coach needs to take charge with a no-nonsense culture, but as Todd Bowles should know, it won’t be easy if the GM doesn’t bring in the right players.

If a new head coach was given personnel control in Cincinnati, I think this job could climb to the top of the list due to the allure of a clean slate. The franchise is in a bit of a tough spot, though, and it will be difficult to trade all-time great Bengals like A.J. Green and Geno Atkins—both of whom turn 31 in the offseason but are top-flight examples for a young team—despite 2019 likely to be a re-shuffling of sorts. Still, the Seahawks showed teams can compete in what others are classifying as a rebuilding year, and I think there are enough cheap quarterback options available—Sam Bradford would be at the top of the list for me—to upgrade from Andy Dalton without sacrificing future assets in terms of draft capital or cap space. Then in 2020, all the chips should go to the center of the table for one of the three stud quarterback prospects (Alabama’s Tua Tagovailoa and Oregon’s Justin Herbert joining the aforementioned Jake Fromm) to match Baker Mayfield and Lamar Jackson in the AFC North.

So far, teams haven’t seen anything to regret passing on Josh Rosen in the 2018 NFL Draft, and the commitment to him as the team’s franchise quarterback makes Arizona a shaky destination. However, for as low as I was on Rosen last year—he was a second-round prospect for me—he could have success if things are perfect around him, and the Cardinals still have talent on both sides of the ball to build around despite finishing with a league-worst 3-13 record. And of course, the franchise has the No. 1 overall pick in April’s draft, so Arizona will be able to either a) add whomever they believe to be the best player available, or b) trade down and acquire more draft picks while still getting a blue-chip talent (though the return might not be good enough in a year without a top-tier quarterback prospect). The NFC West is going to be ultra competitive for years, but it’s also worth noting that the Cardinals have pieces—Patrick Peterson, David Johnson, Chandler Jones—to get a stream of draft picks for 2019, 2020, and 2021, which is an option that needs to be strongly considered.

The biggest draw for the Dolphins job is the three main building blocks in place with left tackle Laremy Tunsil, cornerback Xavien Howard, and defensive back Minkah Fitzpatrick, but besides that, there isn’t a lot to be optimistic about for the franchise. And in the AFC East where the Patriots still have Tom Brady, the Bills have Josh Allen, and the Jets have Sam Darnold, Miami is without an answer at quarterback, which leaves the franchise in limbo as a warm-weather team that doesn’t have a clear competitive advantage. As stated for other teams, the 2020 signal-callers need to be taken into account, but I think the Dolphins could also target someone with a late Day 2 or Day 3 pick this year, which allows them to keep spending premium selections on the rest of the roster. In particular, Penn State’s Trace McSorley comes to mind as a gritty competitor/winner that could set the tone in the building, and he would reunite with college teammate Mike Gesicki, while the team could also add another big-bodied target in a draft class that should have plenty of them at receiver.

There is no way I would want to be saddled with Jameis Winston heading into 2019, and poor results next year could lead to a change at general manager and quarterback, which would almost certainly mean a change at head coach. The only saving grace here is that the Buccaneers are loaded with offensive talent—a big reason for Bruce Arians looking like the favorite for the job—so maybe Year 5 will finally lead to Winston cutting down on the turnovers that have plagued him since his Florida State days. At least 2019 looks like a good year to have a top-five pick if you need help on defense (which Tampa Bay undoubtedly does), and the NFC South doesn’t look like a division that will be difficult to breakthrough in as Drew Brees turns 40 next week and Cam Newton deals with fading athleticism entering his age-30 season.