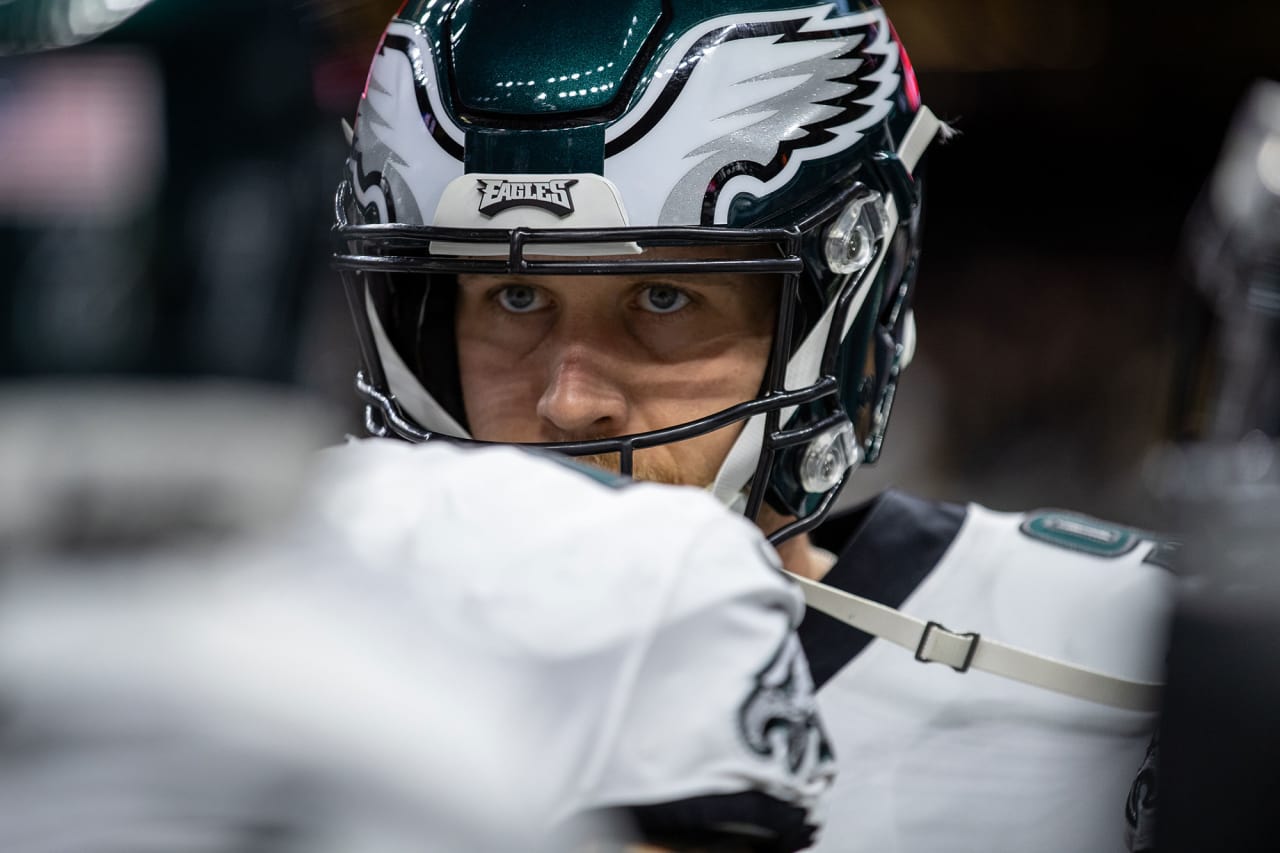 
As of this writing, Nick Foles is set to be a free agent next month after buying his freedom from the Eagles. Reports suggest that Philadelphia might attempt to franchise tag and then trade Foles, but I find it difficult to believe he will allow that to happen because a) it would hurt his future team to provide compensation, and b) he owes the city nothing after bringing them the first ever Lombardi Trophy in franchise history. Below are the top five realistic landing spots for Foles based solely on what’s best for his NFL future (so, to be clear: best, not most likely).

Everyone is connecting the dots between Jacksonville’s hiring of former Eagles quarterbacks coach John DeFilippo and Foles being available this offseason, but I’m not sure the fit is so great. While the Jaguars have undeniable talent, it’s mostly on defense, and the boisterous, selfish locker room might not be very appealing to Foles—who probably puts more stock into character than talent. Plus, the offense basically consists of all on-the-ground receivers (Marqise Lee, Dede Westbrook, D.J. Chark, and Keelan Cole) that aren’t a stylistic fit with the 30-year-old signal-caller.

This is obviously contingent on the Raiders deciding to trade Derek Carr (which I don’t think would happen until 2020), but Jon Gruden and Mike Mayock could opt for a top-end distributor that has played his best when it matters most. Foles would have to trust Oakland to add the right pieces around him, though, and he might want a more established roster and overall stability considering the franchise’s upcoming relocation to Las Vegas. Still, I don’t see how people wouldn’t have faith in Gruden building a consistent contender, and they should be able to add at least one big-time playmaker in April with three first-round picks.

Washington will have no need for Foles if Alex Smith (leg) is able to return in 2019, but those chances unfortunately look pretty slim right now, and Jay Gruden can’t be passive in what could be a make-or-break year for the current regime. Like his brother’s team on the west coast, Gruden needs to add playmakers for Foles or whoever lines up under center in the fall, but they basically have a clean slate at receiver aside from deep threat Paul Richardson. Free agency is pretty thin at the position, but perhaps Carolina’s former second-round pick Devin Funchess—who is still just 24—can be a big-bodied target on the outside for a new quarterback in Washington.

Going to the Giants would be the worst-case scenario for the Eagles and their fans, but it’s something Foles would need to strongly consider if they want him. Saquon Barkley and Odell Beckham Jr. are both superstar talents, and New York also has strong complimentary pieces in Sterling Shepard and Evan Engram; now, imagine adding a big possession receiver like Hakeem Butler or J.J. Arcega-Whiteside on the outside with Foles orchestrating things. I don’t think football fans would complain about the battles between Philly and New York in 2019 and beyond.

The Buccaneers have made it clear Jameis Winston will be their quarterback in 2019, but perhaps Foles hitting the open market will change things. If so, he is the perfect passer to pair with Tampa Bay’s offensive personnel, which includes jump-ball winners Mike Evans, Chris Godwin, O.J. Howard, and Cameron Brate; as we’ve seen in Philly over the past two years, the former Super Bowl MVP loves playing “above the rim” by giving his receivers a chance to win 50/50 balls. And because he isn’t motivated by money, Foles might even take a slight discount to play in Bruce Arians’ aggressive, downfield passing attack.