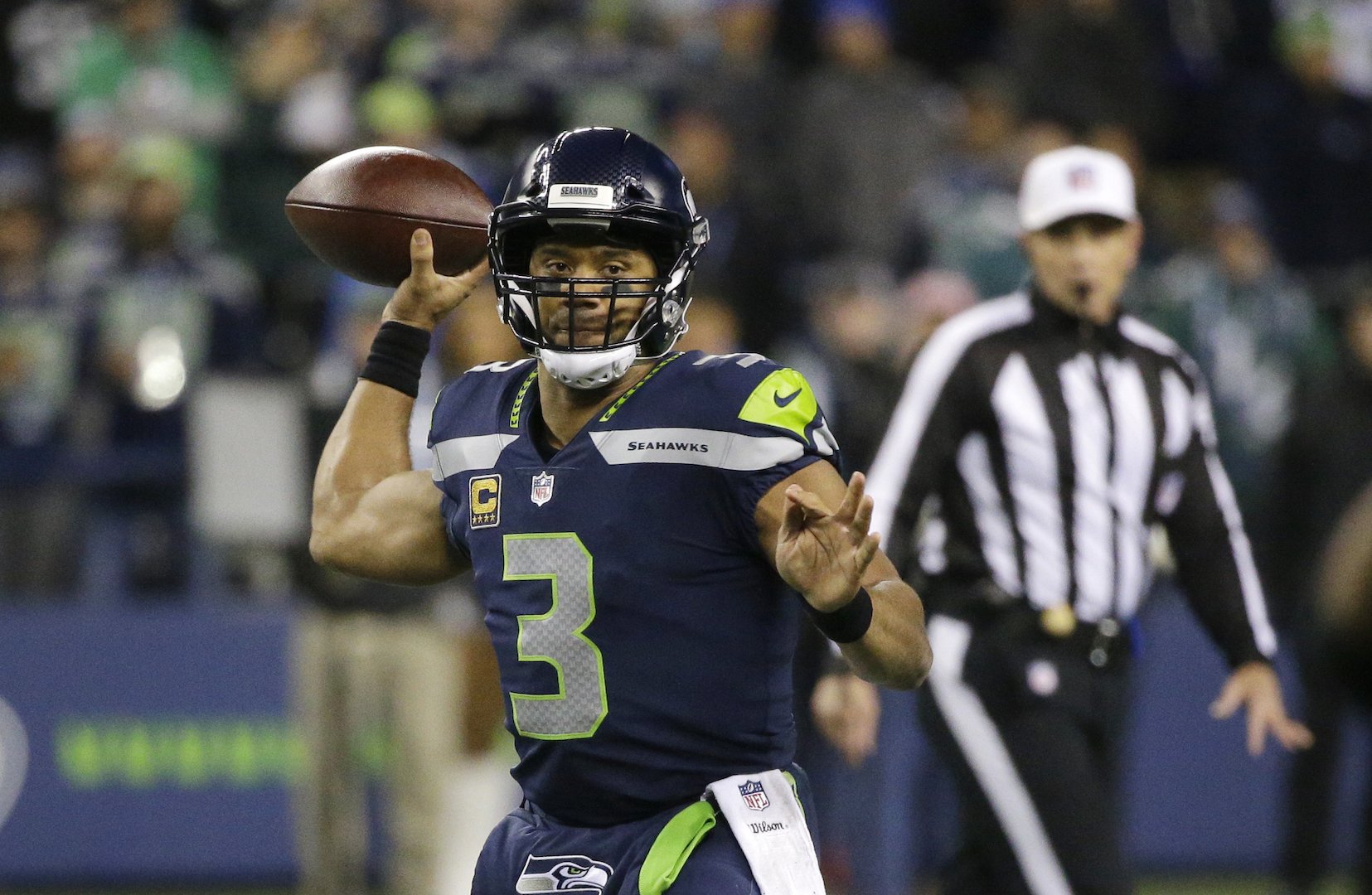 
Another year, another offseason filled with rumors, leaks, and fake news. The Russell Wilson trade rumors have gone on for years as an annual occurrence at this point, and I don’t think it’ll happen this year either. But I also never thought Tom Brady would leave New England until it actually happened. The bottom line is anything can happen in sports. Among the four teams Wilson, who has a no-trade clause, would reportedly accept a trade to, this is how I rank the most likely destinations for the Super Bowl winning quarterback, factoring in salary cap implications, estimated interest, and possible trade packages. [If traded before June 1, Wilson would carry a $39 million dead cap hit for the Seahawks.]

I think for Wilson, the Raiders would be his No. 1 choice if he really was to go to another team. There are obstacles to create a path for a deal between the Raiders and Seahawks, but if there were a franchise to get it done it might be the Raiders. Cap space is an issue for Las Vegas. If Seattle likes one of Derek Carr or Marcus Mariota (I would think they will both have to be traded—or Mariota could get outright released if it comes to that and Vegas really needs to clear the space—to make room), that would help the Raiders put together a package for one of the game’s top quarterbacks. You just know Jon Gruden would love to coach Wilson. While it looks like a major longshot, something like Carr or Mariota and two or three firsts along with multiple Day 2 picks might work, especially with 69-year-old head coach Pete Carroll understandably not wanting to go through a rebuild (which might be the case with a rookie at quarterback over a veteran).

Dating back to last offseason, there were rumors that Tom Brady would have seriously considered the Saints during free agency if Drew Brees had retired. With Brees set to retire after his 20th NFL season, and with Brady leading the Bucs to a championship in his first season with the franchise, the Saints may now get aggressive in targeting Wilson this year. New Orleans has the roster to win now, so it makes sense to go after one of the league’s top quarterbacks despite the high confidence level in Taysom Hill. However, Seattle may not want to deal Wilson to another top competitor within the conference, and the Saints will need to work some magic with the cap to make a trade work. Also, it’s difficult to find a fair compensation package for the Saints to send back—perhaps something centered around a ton of draft picks and cornerback Marshon Lattimore would work, but New Orleans may be hesitant to do that given they are among the top teams in the league at successfully drafting and developing players and value those selections.

These final two teams among Wilson’s four are 1) surprises, and 2) unlikely in my opinion. Head coach Matt Nagy and general manager Ryan Pace are entering what’s thought of as a make-or-break year (though you could argue that may make them more likely to acquire a quarterback of Wilson’s caliber), and their cap situation appears to make it more difficult to make a deal from an acquiring team’s perspective than the other three potential landing spots. But Wilson probably likes the idea of playing with a top defense in a division that probably isn’t quite as strong as a quartet like the NFC South or AFC West, and he might feel he can pull off something similar to Brady and the Bucs by taking a fringe team and helping them taking the next step into legit championship contender. This doesn’t feel like a fit overall, and it likely isn’t feasible, but there are rumors that Chicago will push hard to get it done.

I think the Cowboys will franchise Dak Prescott and keep him for another year (if they cannot agree to a long-term deal), but a tag-and-trade scenario makes for an intriguing possibility—but it’d be one that Prescott would essentially have to sign-off on, which he may not want to do considering it’d likely be contingent on a long-term extension with Seattle instead of eventually hitting the open market. However, if Prescott feels disrespected by the Cowboys wanting to go in another direction at quarterback, who knows? There are worse spots to land than with the Seahawks. Making the cap work with both Prescott’s contract and Wilson’s dead money is another story for Seattle.

Just in case, I will include the Jets. Robert Saleh was a defensive assistant coach with the Seahawks when Wilson began his NFL career, and the two appear to have a strong relationship, so this connection starts there. No one really made much of it when it happened, but Wilson commented on Instagram when the Jets hired the former 49ers defensive coordinator as their head coach.

Russell Wilson when Robert Saleh was hired by the Jets 👀 pic.twitter.com/IPsz0iHVzS

Wilson might have just been showing his support for Saleh, but even if that’s the case, it sounds like he’s someone the veteran quarterback would want to play for if he leaves Seattle. The Jets own the No. 2 overall pick in the draft, which can easily be the foundational piece (along with much more) in a trade package for Wilson. If the Seahawks really like a rookie quarterback from this year’s class (they reportedly were very high on both Patrick Mahomes and Josh Allen in recent years), they might be enticed to make a deal and get a signal caller on a rookie contract. On top of all that, a move to the Jets would bring Wilson and his superstar wife Ciara closer to the spotlight in New York. The Jets should be considered the clear favorite to land Wilson if the quarterback eventually decides to include them on his list of acceptable destinations.