Home / frontnfl / Ranking The Most Talented Wide Receivers In The NFL 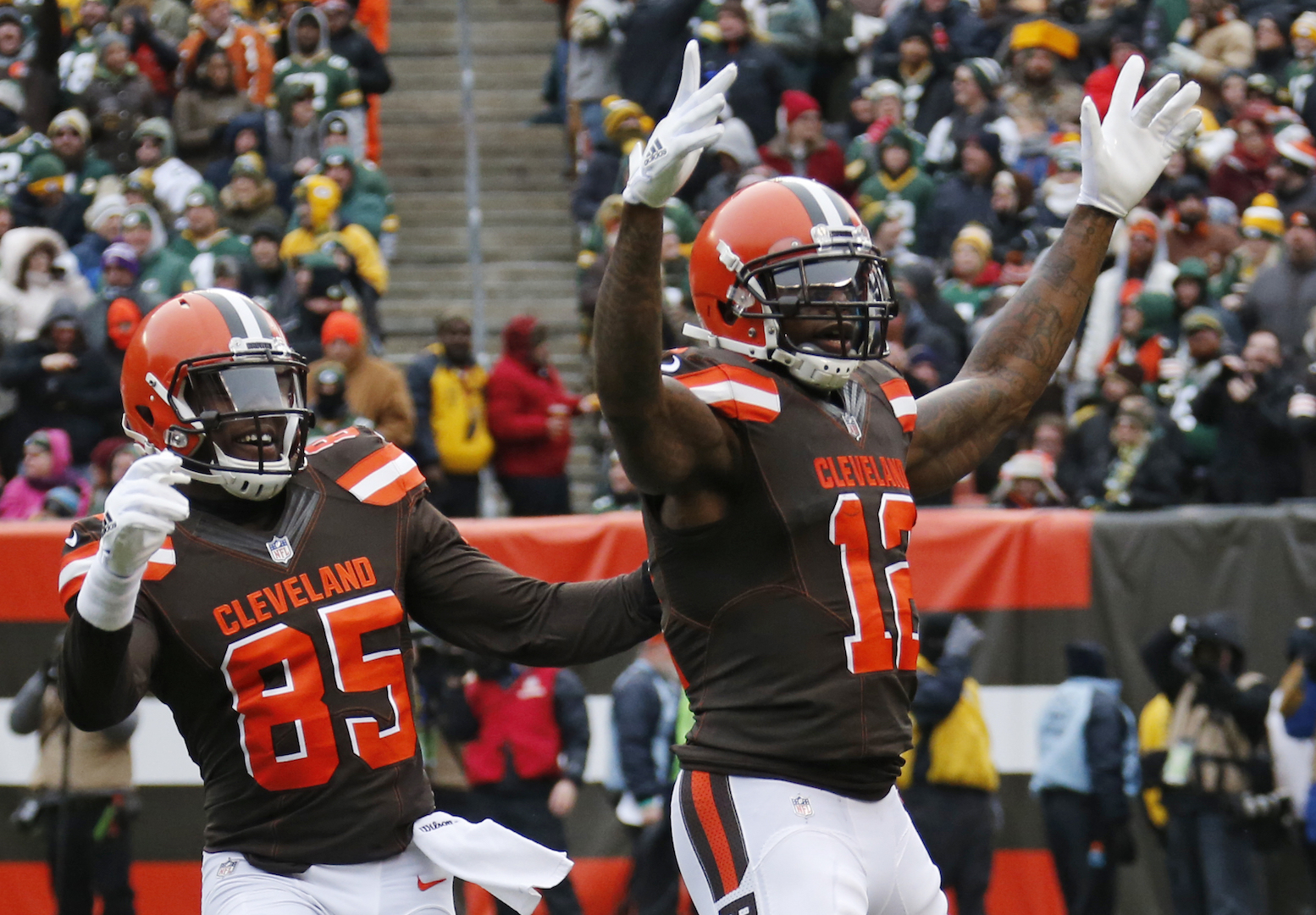 Ranking The Most Talented Wide Receivers In The NFL


Apparently, everyone just found out the Browns receiver Josh Gordon is a big-time physical freak that’s basically built like an alien. This recent Instagram post from Gordon has sprung the discussion.

Many NFL fans probably already knew that Gordon is one of the most talented players in the league, and the former First Team All-Pro wide receiver showed it when he had a league-high 1,646 receiving yards in just 14 games in 2013. Drug issues caused Gordon to appear in only ten total games in the next four seasons (he missed the entire 2015 and 2016 seasons), but hopefully he’s past that and can be a great contributor on the field moving forward.

There’s no questioning Gordon’s raw talent, but where does he rank among the most talented receivers in the NFL? There are obviously many excellent players that are left off the list, and the criteria is admittedly a little shaky. Work ethic, attitude, and other similar attributes are not taken into account for this, and those factor often times matter more than pure talent.

As expected, the final spot is the most difficult to narrow down. Keenan Allen, who is a very crafty and skilled player, is among those that easily could have been in this spot or higher on the list, but Tyreek Hill takes it. If not for character concerns, Hill might have been a first- or second-round pick in the 2016 draft. His speed makes him worthy of the “Cheetah” nickname (and @cheetah Twitter handle), and it’s simply something that cannot be taught.

Mike Evans has 1,000 receiving yards in each of his first four NFL seasons, and his size-speed combination is a big part of his success. While he’s not quite Randy Moss levels, which has been a common comparison for him, Evans does have the ability to take the top off the defense despite being one of the biggest receivers in the league. Some might believe Evans should be in the top five, but he probably gets a little extra hype from playing with Johnny Manziel in college and being a fan favorite during that time.

He might be forgotten because he suffered a torn ACL early in the first game of last season and missed the rest of the season, but Allen Robinson has a ton of talent—which is why the Bears gave him a big contract this offseason. In jump-ball situations, there might not be anyone in the league better than Robinson, who uses his long arms and 39-inch vertical to make catches that not many other receivers would even be able to get their hands on.

DeAndre Hopkins benefits from getting peppered with targets from Texans quarterbacks, but there’s no question he’s one of the league’s most talented receivers. Hopkins’ long arms and truly massive hands must to come into play when pondering his overall talent level, and they make up for his lack of blazing speed or towering height. The talent of Hopkins has been on display with the spectacular catches he’s made over the last few years.

In the 2014 NFL Draft, Watkins was taken with the fourth overall pick—three spots ahead of Mike Evans, and 23 spots higher than his former college teammate DeAndre Hopkins was taken the year before. Watkins was seen as an all-around receiver that can run the entire route tree as well as get deep with ease using a very uncommon second gear to track the ball. Health and inconsistent usage has been an issue, but Watkins averages 15.9 yards per reception for his career, which is second-highest on this list. Based on talent, Watkins is among the league’s best.

As a master juggler, A.J. Green might have the best hand-eye coordination of any receiver in the NFL. He navigates the boundary and the end zone as well as anyone, as he always seems to be able to get both feet inbounds for a completion. Green went ahead of Julio Jones in the 2011 draft, which says a lot about his talent level.

This was prefaced with work ethic not being a factor for ranking these receivers, but it has been hard work that’s gotten Antonio Brown to the point where he’s one of football’s most talented players. AB works out constantly, and he’s shown that commitment and hard work can beat out talent. He claims he got his 40-yard-dash time from about 4.5 to the low 4.3s, and physically he doesn’t look like a normal wide receiver.

Not that he doesn’t work hard, but Odell Beckham Jr. is so talented that he could probably roll out of bed after not working out for a year and would still do amazing things on the football field. Like Brown, Beckham doesn’t hit the six-foot mark, but he makes up for it with rare natural gifts and ability. There is no question OBJ is among the top five most talented receivers currently in the NFL.

The fact that Josh Gordon had so many drug issues is mind-boggling to some people when they see his ability playing football. It’s not an overstatement to say that Gordon has true Hall of Fame ability, and he could be an all-time great if he shows even half the commitment Antonio Brown does. Gordon is six-foot-three, 225 pounds, with 4.3 40 speed and the strength to break tackles for chunk yardage after the catch. There simply aren’t many people out there like Gordon.

Despite drawing many double teams and often times acting as a decoy to open things up for his teammates on offense throughout his career, Julio Jones has the most yards per game in NFL history (95.3). Jones is six-foot-three, 220 pounds, and he has lightning speed to take the ball to the house at any time. There might not be a wide receiver that’s better with the ball in his hands, as Jones basically turns into a running back. If you were building the perfect wide receiver in a lab, it might look a lot like Julio Jones.