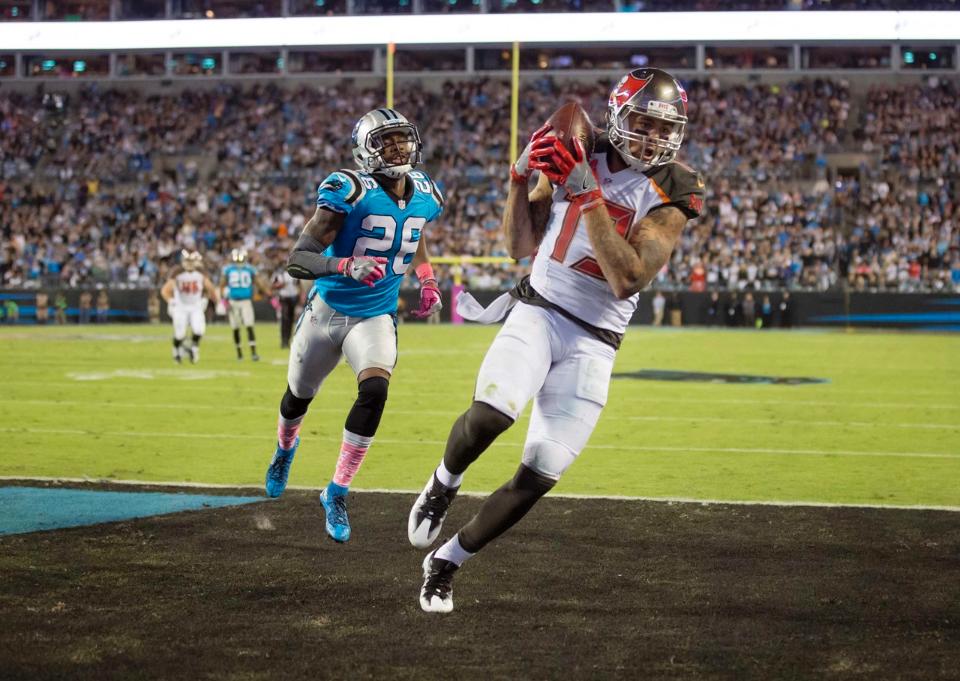 Ranking The NFL Divisions Heading Into 2017


Things change in the NFL, and we could see new powerhouses in the NFL this year, given the shifts in personnel on many rosters. Last season, we saw the NFC West fall embarrassingly flat while the NFC East took huge strides in providing top-tier football. The AFC West saw two 12-4 teams while AFC South didn’t even produce a 10-win team. Let’s take a look on how the division powerhouses stack going into the 2017 season.

It’s difficult to argue that the NFC East or AFC West won’t be the top division, but the NFC South is poised for a strong season. First, the Atlanta Falcons pulled off a terrific 2016 season, leading them to a Super Bowl berth. The Falcons are coming off a tough offseason, but the team is still stacked with unmatched offensive firepower. Reigning MVP Matt Ryan has All-Pro Julio Jones at receiver and Pro Bowler Devonta Freeman in the backfield leading the charge. With more help on defense, this team should look to compete for another top spot in the playoffs. On the other hand, Saints and Panthers should regain their form after a subpar 2016 season. Hurt by injuries and late-game collapses last year, the Panthers have electric players Cam Newton and Christian McCaffrey, who will definitely wreak havoc against opposing defenses. The Saints will look to maximize the few years left on Drew Brees. And the young Bucs took a big step last year behind Jameis Winston and Mike Evans. After adding more playmakers on offense with DeSean Jackson and rookie O.J. Howard, the Bucs have the ability to secure a playoff spot. Don’t be shocked if this division finishes with all teams above 7 wins.

The AFC West is a true powerhouse. Starting from the bottom, the Chargers are looking to recover from a myriad of injuries last season. Returning most of its receiving corps from injury will help Philip Rivers and company return the explosive offense. Rivers is aging and the Chargers need to revamp their team around to maximize his elite years. The fight for the top will be a three-team competition. The Raiders are led by Derek Carr and his record-breaking contract, but they also added a refreshed Marshawn Lynch. The Broncos have retained their elite defense and should have a better offensive line for Trevor Siemian than they did last year. Last year’s division winning Chiefs are poised to make another run for the AFC crown.

This division is finally on the rise. After many mediocre seasons for all teams involved, the AFC South was more competitive in 2016. This offseason, the Jaguars added elite players in the secondary and provided Bortles with a clear number one running back. On paper, Jaguars are the most improved team and really have a shot at a good run in the South given their easy schedule. While Andrew Luck might be injured, the Colts were able to ride a subpar team to 8 wins last year. It won’t be shocking if they manage another 8+ wins this year. Meanwhile, the Titans and Texans are now the top tier of the division. Titans quarterback Marcus Mariota has many new weapons in Corey Davis and Eric Decker, while they acquired Logan Ryan to bolster their leaky secondary. I believe the Titans can be the Raiders of last year. Meanwhile, the Texans added a great quarterback in Clemson’s Deshaun Watson 12th overall in the draft, and they return three-time Defensive Player of the Year J.J. Watt to go along with Jadaveon Clowney on the ferocious number one defense in terms of yardage last season. This division has a chance to send two teams to the playoffs in 2017.

Last season, the NFC East had the best team in the conference in the Cowboys and arguably the second best team in the Giants. Dallas will look to remain atop the division and conference, while second-year pros in Dak and Zeke will just look to elevate their marvelous play. The Giants gave Eli more help with Brandon Marshall, who will sit across Odell Beckham, while Landon Collins leads a stingy defense. New York is sitting in a position to really make noise in what looks to be a wide-open NFC. While Washington lost their two top receivers, they acquired Terrelle Pryor, formerly of the Browns, in free agency and return slot man Jamison Crowder. Kirk Cousins took large steps in becoming an elite NFL QB last season and is looking to keep it going and secure a huge long-term contract after the season. Meanwhile, second-year quarterback Carson Wentz will have a field day with his new targets in Philadelphia. If he takes a step forward, Alshon Jeffery could potentially have the best quarterback he’s had in his career throwing to him in Philly, while speedster Torrey Smith will add a valuable dimension to the offense. Blount is a great offensive workhorse that can take pressure off of Wentz and the passing game. Eagles defensive coordinator Jim Schwartz did a number with the Eagles defense last year, and look for them to return with a bang this season.

The Steelers and Ravens always find a way to make noise towards the end of the season and in the playoffs. While the aging Big Ben is seeing the end of his career, he is still an elite quarterback in the NFL. With All-Pros Antonio Brown and LeVeon Bell to help lead the offense, Pittsburgh should have no trouble scoring points. The Steelers will need to put up points over their porous defense to win games. The Ravens had a great late-offseason addition to their offense by acquiring Jeremy Maclin on a steal deal. Yet, the Ravens are struggling to stay healthy prior to training camp. If Baltimore can pull it together and stay healthy, this is a playoff team; but if injuries derail them for a third season in a row, then it might be a long season for Ravens’ fans. Meanwhile in Cincinnati, Andy Dalton will enjoy having A.J. Green back with new speedster John Ross. This should help their offense flow but the Bengals sat quiet in the free agent market, and it might sting them when they need help on the defensive side of the ball. The Browns are a rebuilding team looking to secure anything but the top spot in the 2018 draft. Look for players to start coming together and for them to steal a few wins this season.

It’s tough to argue that this division will be competitive. While they have to work for it every day, the Patriots have owned this division for years and it won’t be any different this season. With the addition of Brandin Cooks, Tom Brady has the most explosive target he’s had at receiver since Randy Moss. They also added new tight ends, including getting Rob Gronkowski back, and the defense is rock-solid. The Patriots look so good that it’s fathomable that they go 16-0 with a 40 year-old QB. However, the rest of the division will struggle to make a run in the conference. The Dolphins snuck into the playoffs last season after a great run, but they might struggle to make it back with a new quarterback (Jay Cutler) being inserted into the lineup in the middle of training camp because of the unfortunate injury to Ryan Tannehill. The defense might have outperformed last year, and it’s tough to recreate the 200-yard magic by Jay Ajayi. Meanwhile, the Bills are in disarray. After separating themselves from Tyrod Taylor, they brought him back on a cheaper contract to stay as their starting QB. This team lacks a great receiving corps, and the defense has too many holes. Bills fans should be happy if Shady McCoy can carry them to six wins this season. Last, the Jets almost look like they are in full-fledged tank mode, competing with the 49ers and Browns as the worst team in the league.

This might be a long season for the NFC North teams. The Packers might be situated in a downfall season. With a schedule that looks very difficult this season, Aaron Rodgers will have to pull off many miracles to make it into the playoffs over the up-and-coming Vikings. Minnesota has a year under quarterback Sam Bradford and a monstrous defense. The Vikings collapsed late last season, but it shouldn’t be shocking if they turn it around riding their elite playmakers on the defensive side of the ball like Xavier Rhodes and Anthony Barr—Minnesota might be able to take home the division in 2017. Meanwhile, the Lions are in an unclear state. Their defense struggled mightily last season and there is no immediate promise of improvement; while quarterback Matthew Stafford is aging and the hits he continues to endure might start to take a toll. Lastly, the Bears are in complete rebuild mode and their new GM looks confused with a bunch of head-scratching roster moves. New QB and new offense, Chicago will be the bottom dweller of this division for seasons to come.

It was evident last year that the West has fallen from its throne—and fast. Not two seasons removed from the Cardinals being top seed, and three seasons from the Hawks’ Super Bowl appearance, this division has no promising parts. The Seahawks looked to come apart last season and nothing during this offseason has made anyone feel any different. Sherman was on the trade block while the Seahawks made it visibly clear that he was running his welcome thin. Arizona took a massive step back last season, and it might be concerning they are led by aging players like Carson Palmer. David Johnson is a top-two back in the league, yet this team is with too many holes and with too many questions regarding their durability. The Niners and Rams are stuck in mediocrity for now. San Francisco doesn’t have a great quarterback to mask the issues with their roster, but they did take steps to improve over the NFL’s worst roster last season. The Rams on the other hand put up the worst offensive season of NFL history in 2016. This anemic offense attempted to revamp the receiving corps, but had no first-round picks due to the trade up for Jared Goff with the Titans in 2016. And the defense has a lot of talented players but needs to come together and play together—we’ll see if new defensive coordinator Wade Phillips can help get it done. San Francisco and L.A. will be fighting to the bottom of the division.