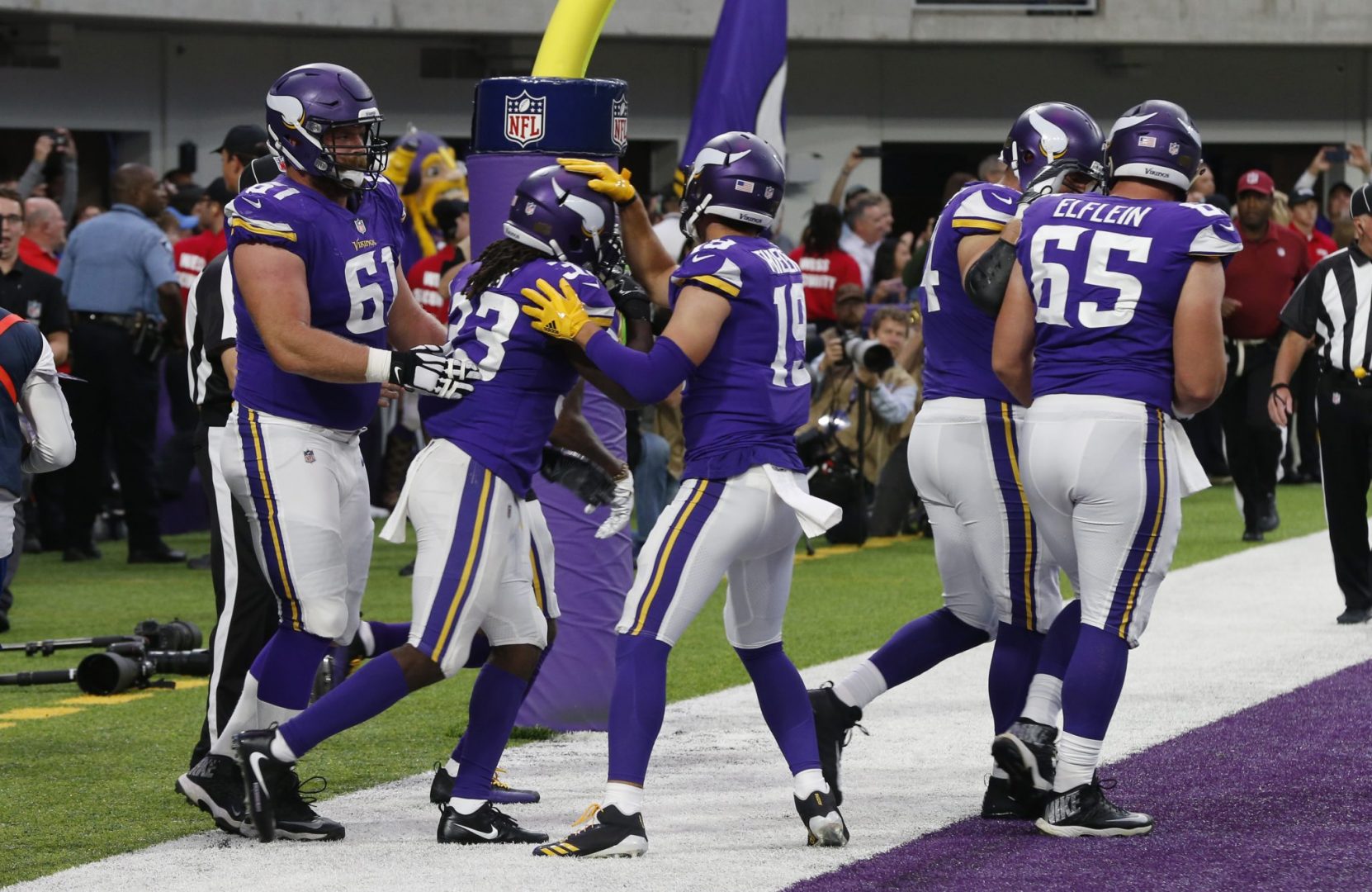 The final spot on the list was close between Detroit, Cincinnati, and Arizona, but it’s fair to give the Lions an edge because the regime of general manager Bob Quinn and head coach Matt Patricia both have experience in their respective roles. The NFC North is very competitive, but if Detroit can sneak into the postseason, their ground-and-pound style should play well on the road.

I know people are going to be upset if their team isn’t as high as they think it should be, so let me just say No. 9 to No. 4 could probably go in basically any order. The Texans are held back because they failed to properly address the offensive line with NFL-ready contributors through the draft, so they will need to once again rely on their star power in 2019. Plus, the defense is only getting older as J.J. Watt enters his age-30 campaign.

Nick Foles gives his new team a huge boost as a former Super Bowl MVP that can get hot in the biggest moments, and for all their flaws, this is a roster that was just in the AFC Championship Game in January of 2018. That being said, the entire culture seems toxic for the Jags, and they are probably just as likely to start over in 2020 as they are to come together and make a deep playoff run.

Buffalo’s fate completely hinges on Josh Allen, and they could vault squarely into the top five if he reaches his potential over the next couple seasons. Last year, Allen showed his ability to make plays when things break down, and a significantly improved supporting cast (including speedster John Brown) should allow him to take strides as a passer in 2019. On defense, the Bills have one of the best units in the league.

Based on the talent up and down the roster, Cleveland should maybe be higher than this, but how will all the big personalities mesh? Baker Mayfield has already apparently caused some issues in the locker room by taking a public shot at Duke Johnson for requesting a trade, and going off the rails with a slow start could turn into a full-blown train wreck for an emotional, outspoken group led by an inexperienced head coach. The Browns are the NFL’s biggest wild card.

The Panthers are one of two teams on the list with Super Bowl experience this decade, and something should be said for that, especially because they have the same head coach (Ron Rivera) and quarterback (Cam Newton) in place. Defensively, I like the switch to a 3-4 front to keep the trio of Kawaan Short, Gerald McCoy, and Dontari Poe on the field, and the offensive line projects to be a strength in 2019 and beyond. Cam’s success will be the key as he transitions to more of a pocket passer for the second half of his career.

Tennessee has a very strong overall roster, and they might have been a couple Marcus Mariota injuries (or Derrick Henry carries early in the season) away from making the playoffs in 2018. Following the additions of wideouts Adam Humphries and A.J. Brown, the core on both sides of the ball looks set, and Mike Vrabel is hoping to be the first former Bill Belichick assistant to create a championship team of his own.

Something felt a little off about the Vikings in their first season with Kirk Cousins under center, but Mike Zimmer’s resurfaced desire to be a run-first football team should create balance and allow the veteran signal-caller to be more efficient in a play-action attack. Some early success in 2019 should allow the defense to be better, too, and if not, the Vikings have enough in-their-prime talent to potentially take another go at it in 2020 (with Cousins) and 2021 (with a new quarterback).

The Chargers had the difficult task of going to New England in January, but overall, they proved to be road warriors last year (9-0 record outside of Los Angeles before facing the Patriots), which should bode well for them in 2019. With Philip Rivers leading the way and still at the top of his game, LA can beat anyone in any given week, and the roster should be strong for at least the next three or so years.

It’s still stunning that the Falcons lost Super Bowl LI, but they bounced back to make the playoffs in 2017 before their 2018 season was derailed by injuries to impact players. Now, the team is flying a bit under the radar (30/1 Super Bowl odds), but they still have an MVP at quarterback, a loaded skill-position group, and difference-makers on defense. It wouldn’t be at all surprising to see Atlanta be the next squad to snap their championship drought.