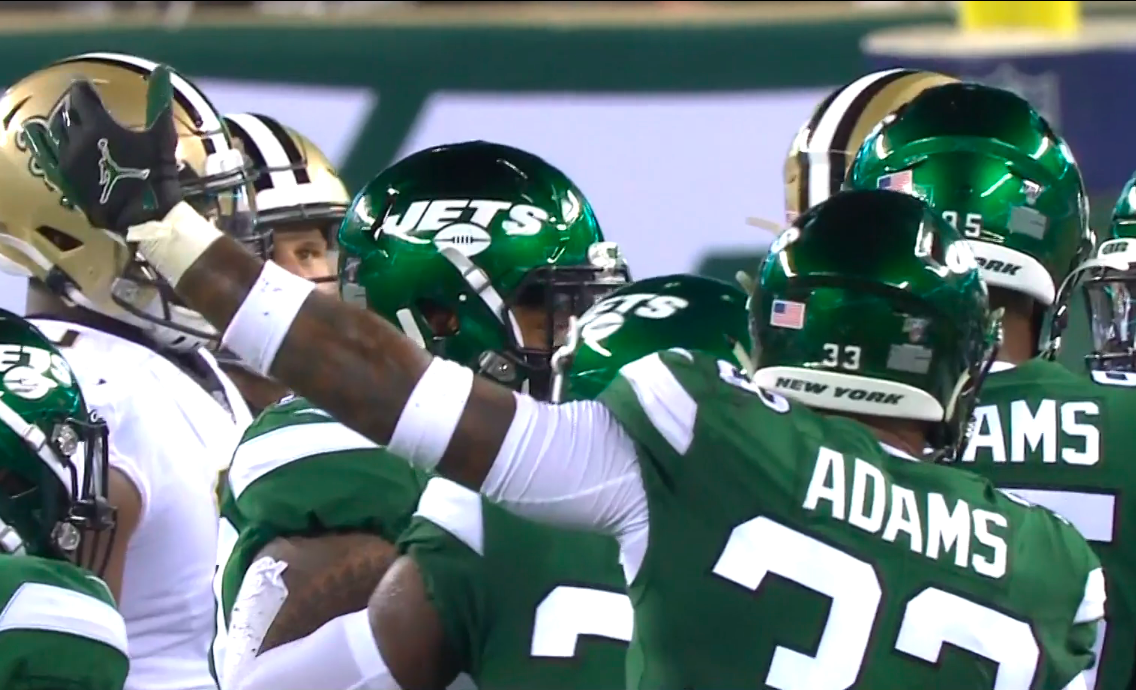 
Jets safety Jamal Adams has had a rocky relationship with his team for months now, and things have appeared to reach a boiling point this week. Adams has now requested a trade, and he’d reportedly be open to being dealt to seven teams. While Adams doesn’t have a no-trade clause to control exactly where he wants to go, we’ll stick with the seven teams on his list. These are the most likely best fits to acquire the No. 6 pick in the 2017 draft.

The Chiefs are already in a pretty tight cap situation, and it’s simply difficult to see the defending Super Bowl champions wanting to mess too much with team chemistry by adding a guy like Adams to a secondary that already has Tyrann Mathieu and 2019 second-round pick Juan Thornhill on the backend. Adams in Kansas City would probably be a blast to watch, but it seems like a long shot.

The relationship is there between Jets general manager Joe Douglas and Eagles executive vice president Howie Roseman to easily talk about a potential trade openly. However, Roseman has recently emphasized his desire to keep and use his draft picks when possible, and Philadelphia might rather roll with what they have this season. It wouldn’t be a huge surprise if the Eagles were to trade for Adams, but the team wasn’t willing to have safety Malcolm Jenkins on the books for a salary that’ll be considerably smaller than what Adams wants.

Despite narratives about how Bill O’Brien has handled decision-making, Houston isn’t in a bad position from a cap perspective this year. It’ll change soon with Deshaun Watson up for a monster contract extension at some point, but the Texans have the cap space to smoothly get Jamal Adams on the roster for 2020. On the field, Adams could pair with J.J. Watt to give Houston a couple of All-Pros headlining the defense.

Seattle has had its issues with a former star safety in Earl Thomas, who left the franchise on bad terms. But Pete Carroll and company might see Jamal Adams as a prime long-term defensive leader at just 24-years-old. The Seahawks are in good shape at safety as things stand, but perhaps they could make a player-pick combo offer to Douglas and the Jets in exchange for Adams.

All-Pro tight end George Kittle is due an extension at some point, and the 49ers traded All-Pro defensive lineman DeForest Buckner because of the salary cap, so Adams might not feel like he’d be a fit when it comes to dollars. However, an Adams trade could be a move where they acquire him and go all-in for a Super Bowl and then trade him next offseason to create cap space and recoup the capital lost in trading for him this year. John Lynch and Kyle Shanahan have the job security and freedom to make a move like this.

Baltimore arguably has the NFL’s best secondary already, and they added veteran reinforcements on the defensive line in Calais Campbell and Derek Wolfe this offseason while also drafting linebackers Patrick Queen (first round) and Malik Harrison (third round). Acquiring Jamal Adams and placing him in a secondary that includes Earl Thomas, Marlon Humphrey, Marcus Peters, Tavon Young, Jimmy Smith, and Chuck Clark would be an embarrassment of riches and a scary sight for opposing quarterbacks.

There’s talk that Adams, who has two years left on his contract, would accept deals to some teams without needing an extension to report—the Cowboys are almost certainly one of those teams. Adams is from the Dallas area and would clearly be happy with playing for the Cowboys, and Jerry Jones’ roster is in strong enough position that he can part with some draft capital to acquire the All-Pro safety. Jones desperately wants to win another Super Bowl with the squad he’s put together, and this could be the perfect storm to get a deal done for the disgruntled Jets star.