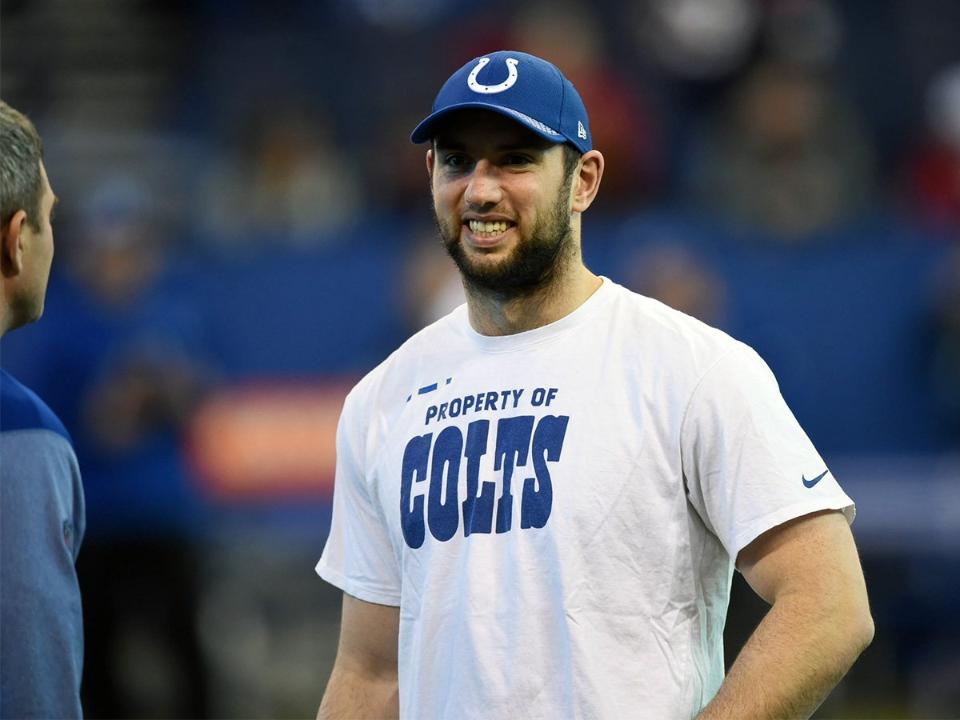 
With the Bengals keeping Marvin Lewis on as head coach of the team, there will be six openings this year (far less than the speculation of 12-15 openings by some “insiders”). There is talk of the Titans firing Mike Mularkey after the playoffs in part because of the lack of progression from Marcus Mariota this season. But Mariota hasn’t been healthy all season, so firing Mularkey doesn’t seem fair or likely. Tennessee might become the top head coaching destination if it does happen to become available, but this is how the current six openings rank.

Obviously, this is contingent on Andrew Luck being healthy, but the former number one pick in the draft sounded optimistic when he spoke to reporters last week. I wouldn’t be too worried about owner Jim Irsay interfering, as it seems GM Chris Ballard is in control of the football operations. Pairing Luck with star running back Saquon Barkley from Penn State with the third pick in the draft might instantly become the league’s best quarterback-running back combination.

A lot of people probably get excited about Matthew Stafford, and I’m sure offensive coaches would love to get their hands on the golden-armed quarterback. To go along with their franchise quarterback, Detroit has a lot of talent on both sides of the ball—including a trio of receivers (Golden Tate, Marvin Jones, and Kenny Golladay) that could make the team among the league’s most explosive. This team just made the playoffs last season, and plugging in a couple of holes is all the work that needs to be done.

Jon Gruden is clearly a fan of this job, and we should take his thoughts strongly into account. But his relationship with Raiders owner Mark Davis could also have something to do with wanting to wear the silver and black again. Last offseason, the team clearly made some mistakes, which led to losing some of the magic they had in 2016. However, they still have a 26-year-old quarterback in Derek Carr that many were calling the best young gunslinger in the league not too long ago, and they have a former Defensive Player of the Year in Khalil Mack.

If you’re really high on Mitchell Trubisky, Chicago might be the most appealing job to take over. The second overall pick in the 2017 NFL Draft simply isn’t as proven as the quarterbacks in place at some of the other openings, but there’s a lot to get excited about. On the other side of the ball, Leonard Floyd and Eddie Jackson headline a defense that has the potential to be an elite unit.

The upside to taking the Cardinals job is you’ll be able to mold the offense in the way you see fit, and you’ll have superstar running back David Johnson to build around. And the defense has some players, so defensive coaches might prefer this job to all the others. Convincing Larry Fitzgerald to return would be the first thing the new head coach is tasked with doing.

During the season, it was evident that the issues with this team are more glaring than some of the other openings. All three starting cornerbacks were suspended, the Eli Manning situation was a debacle, and you have high-priced players underperforming. Also, dealing with your best player, star receiver Odell Beckham Jr., could end up being a major headache. The number two overall pick allows you to select a quarterback, but there might be more questions than ever at that position in this year’s draft class.