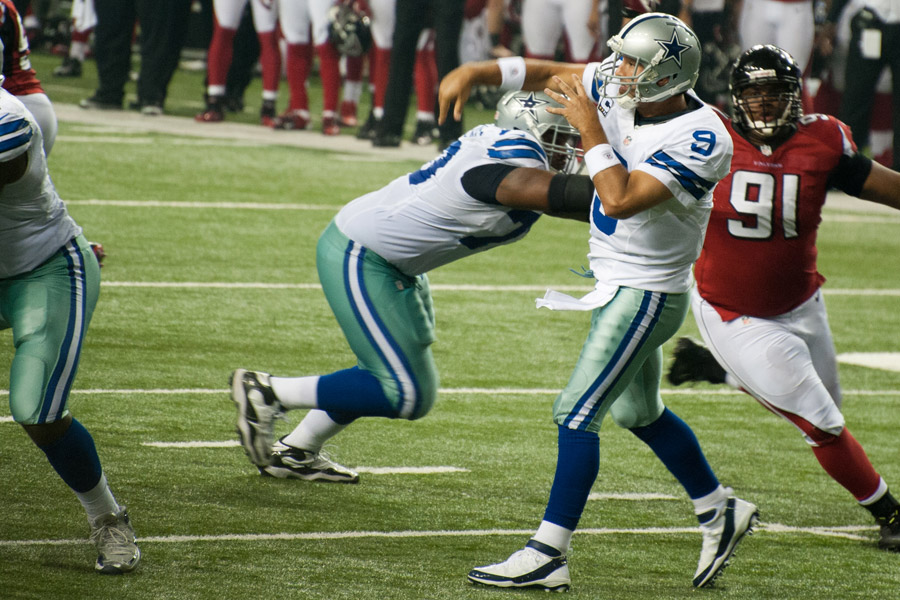 Tony Romo went undrafted in 2003. After an excellent 14-year career, which included setting almost every statistical record for Dallas Cowboys quarterbacks, Romo is stepping away from his playing career to join the broadcast booth. Romo will become CBS' number one color commentator and work alongside Jim Nantz. He'll call some of the biggest games each Sunday, and he will get the opportunity to call Super Bowls. With Tony Romo putting a huge part of his life behind him and moving forward to his next part of life, here's some reaction from the news.

Reaction from the man himself:

I guess it's time to start dressing up. #CBS pic.twitter.com/GseSRiyNOo

The Dallas Cowboys posted an official statement, as well as a tribute video to Romo's career as the quarterback for the franchsie:

CBS posted their official statement, announcing Romo will join Jim Nantz and Tracy Wolfson as the number one team for the network: 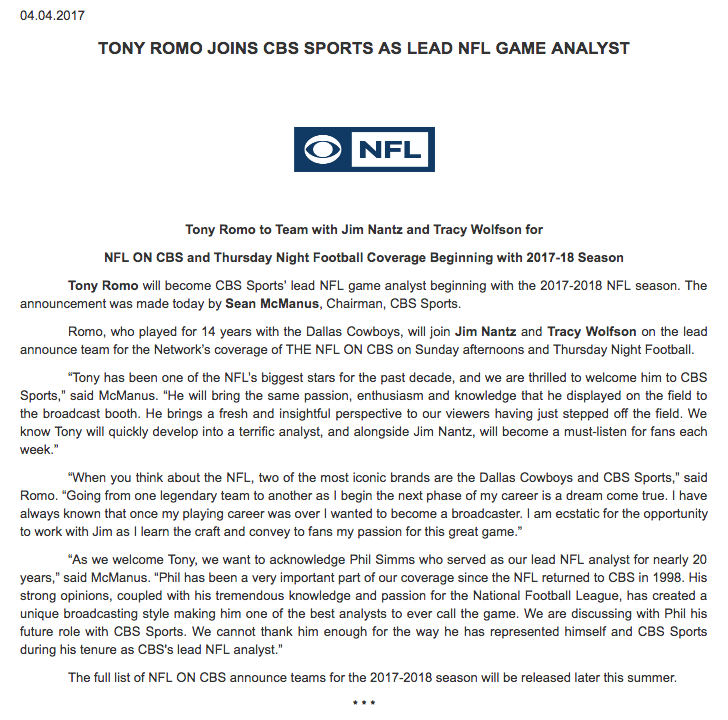 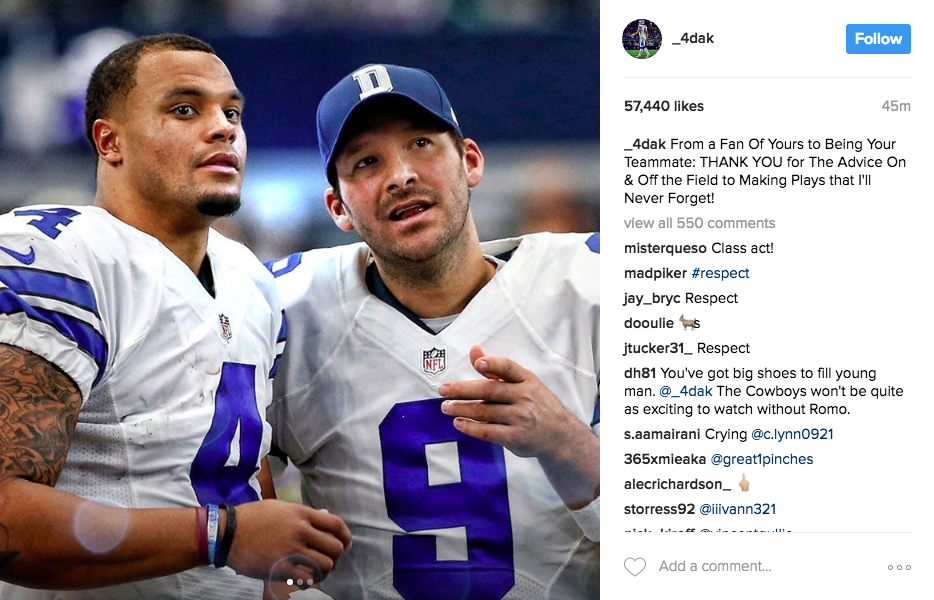 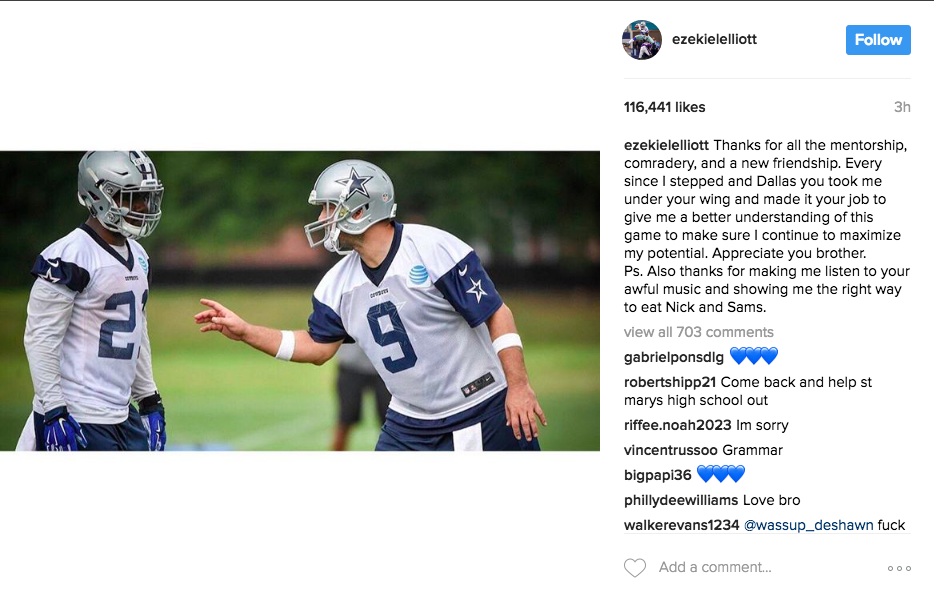