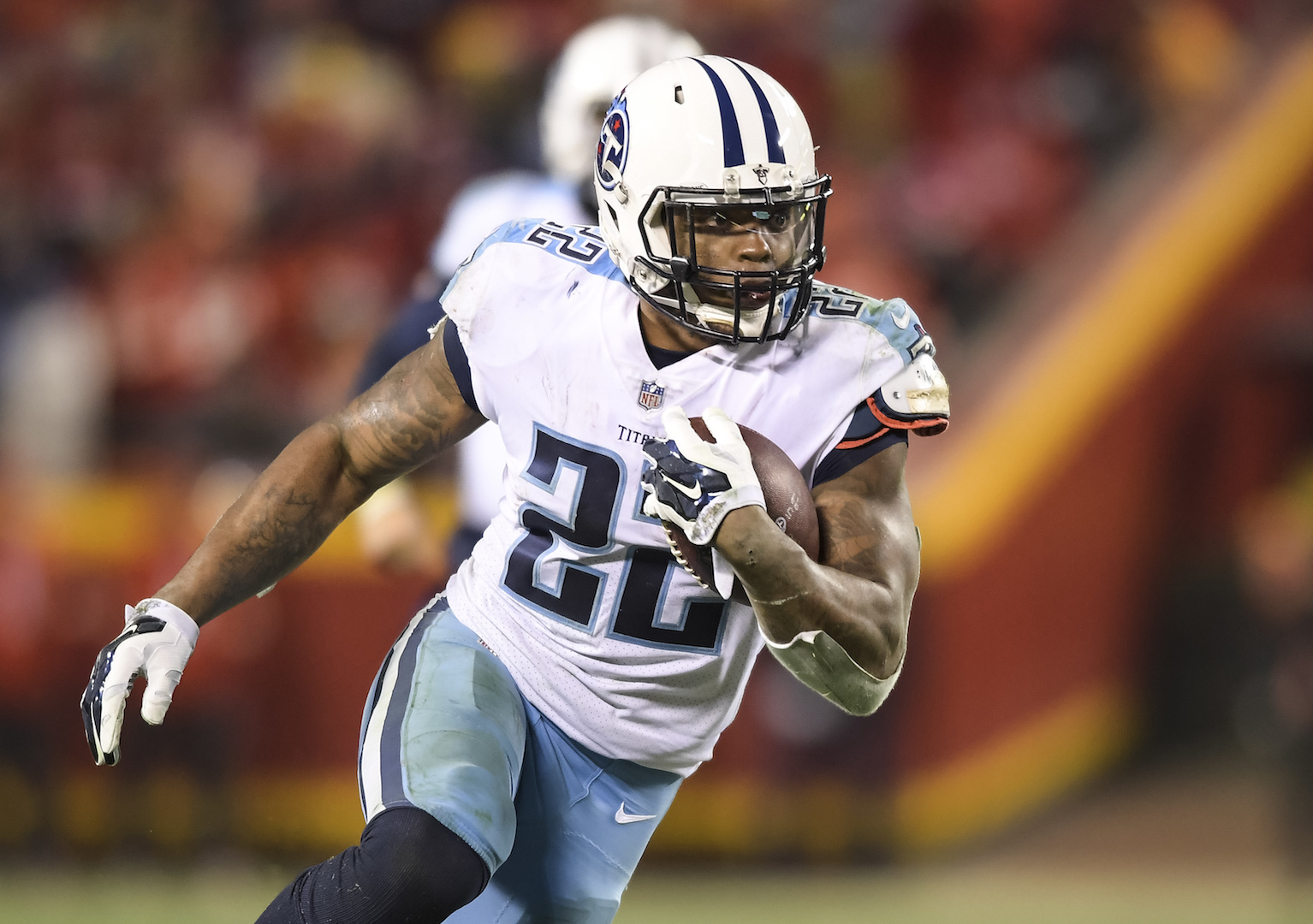 
There are only seven 2,000-yard rushers in NFL history (O.J. Simpson, Eric Dickerson, Barry Sanders, Terrell Davis, Jamal Lewis, Chris Johnson, and Adrian Peterson), with the club last being joined by AD in 2012. The chances aren’t particularly great that anyone hits 2,000 rushing yards given committee backfields and the rate at which teams throw the ball today, but these are the five guys that might be able to join the 2,000-yard club in 2020.

He tends to be a very positive person and has confidence in his players, but Raiders head coach Jon Gruden said last year that he wouldn’t trade then-rookie Josh Jacobs for any other back. And general manager Mike Mayock revealed that the team was sweating it out when the Eagles traded up ahead of them before opting for left tackle Andre Dillard over Jacobs in the 2019 draft. The bottom line is that Las Vegas is extremely high on the tough, all-around runner out of Alabama, and they plan to hand him the football a ton moving forward. Jacobs had 242 carries despite playing injured and appearing in 13 games as a rookie, and he should eclipse 300 carries with ease—with the potential to totally leave that 300-mark in the dust—in 2020. Playing behind one of the league’s best offensive lines, Jacobs should be among the league leaders in rushing yardage.

Ezekiel Elliott is perennially among the favorites to lead the NFL and rushing, so he belongs on here. Putting his suspension-shortened season aside, Elliott has had 300+ carries every year; he also plays for one of the better teams in the league on paper and behind an offensive line that can make a case for the best unit in football. If things are opened up by the addition of CeeDee Lamb to a stacked offense, Zeke could find more running lanes to break off more home-run plays—which he showed he can do dating back to his days at Ohio State—against lighter boxes this year. The star Cowboys running back would almost certainly need to coast past his career-high 5.1 yards per carry (from his rookie year), but he should have a solid floor of carries.

He should’ve been a 1,000-yard rusher as a rookie too, but Nick Chubb is coming off a 298-carry, 1,494-yard year, and the upside is theoretically there for him to get near 350 carries in Kevin Stefanski’s offense. Chubb has averaged 5.2 and 5.0 yards per tote in his first two years in the league, and the Browns made improvements to the offensive line with former All-Pro right tackle Jack Conklin and first-round rookie left tackle Jedrick Wills—that, along with the no-nonsense downhill-yet-explosive running style, could push his yards per attempt closer to the 6.0 mark that Adrian Peterson hit in 2012. Kareem Hunt’s presence could limit the upside, but Chubb could put together an epic season if Cleveland feeds him the rock every week.

Perhaps the most physically gifted running back in the league, Saquon Barkley will be a realistic threat for 2,000 rushing yards if everything around him goes well—and he and the Giants offense will benefit from the selection of stud Georgia offensive tackle Andrew Thomas with the No. 4 pick in this spring’s draft. The former second overall pick from Penn State is so wildly explosive that a bunch of chunk runs can help eat into the 2K milestone, which is what it took most recently for Chris Johnson and Adrian Peterson to accomplish the feat. Barkley gave a potential preview when he turned it on down the stretch last year to hit 1,000 rushing yards in an injury-riddled second NFL season, and he has the ability to get hot and make a legitimate push for 2,000 rushing yards in his third professional campaign.

In his last six regular season games last season to help carry the Titans to the playoffs, Derrick Henry had 896 rushing yards (an insane 149.3 yards per game, which would be 2,389 yards extrapolated over a 16-game regular season). Throw in the three postseason games, and Henry had 1,342 yards in his previous nine games. In his last eight December games, Henry has 1,134 yards (double that and you obviously get well over 2,000). The monstrous running back simply dominates at the end of the season, and it’s obviously not an exact science just projecting him to do that for a full season. Tennessee might want to keep Henry fresh for January, but if they feed him the ball 20-25+ carries per game every week starting in September, he would have a better shot than anyone 2,000 rushing yards this season.