Home / frontnfl / Seven Options For The Giants With The No. 2 Pick In The 2018 NFL Draft 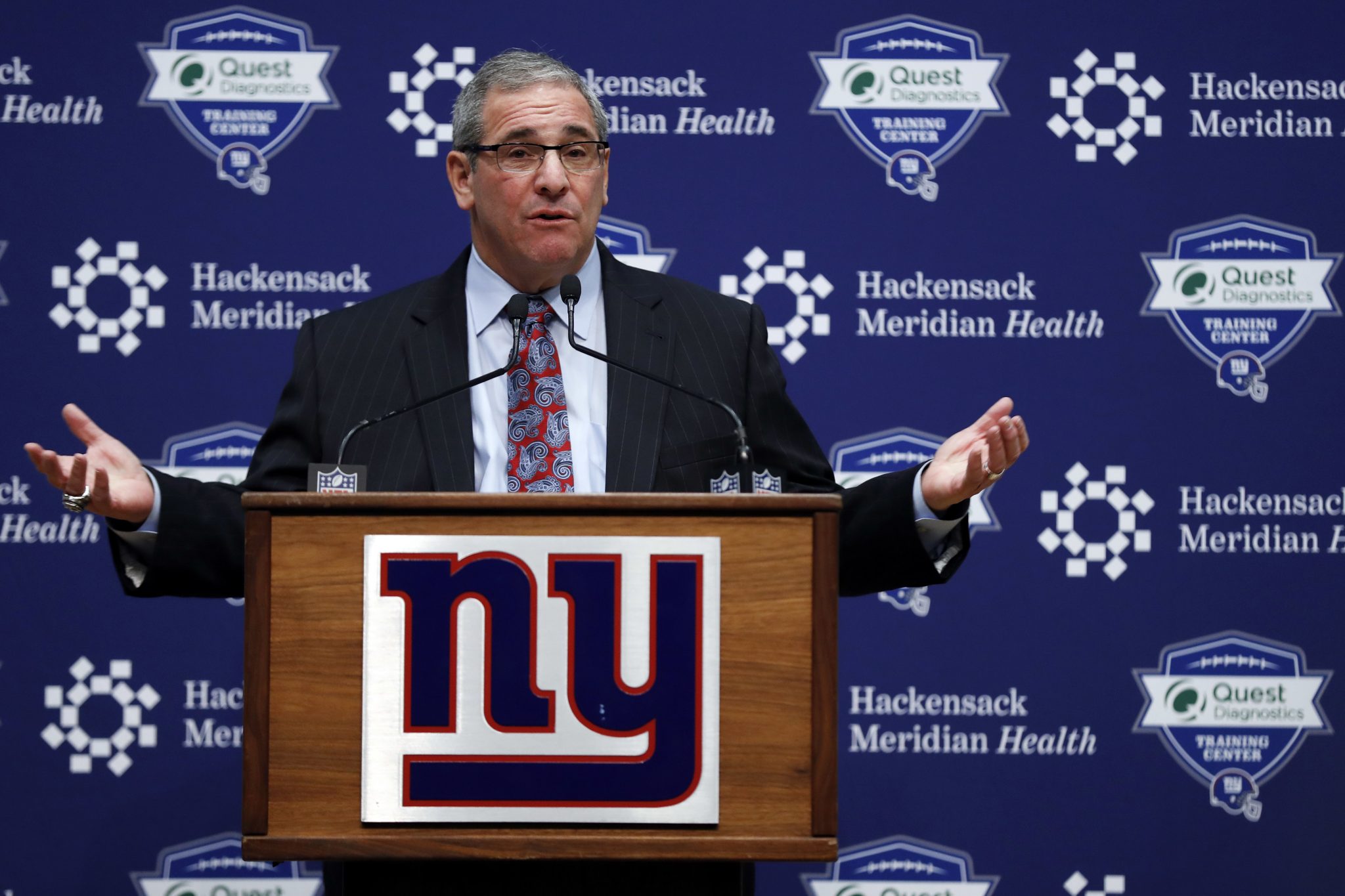 Seven Options For The Giants With The No. 2 Pick In The 2018 NFL Draft


In two-and-a-half weeks, there will be no more mock drafts, hypotheticals, or predictions for the 2018 NFL Draft, because the event will finally be underway. Until then, though, everyone wants to know all the different scenarios for not only their favorite team, but the entire NFL. That’s particularly true at the top of the draft with a bunch of talented (but very different) signal-callers—and quarterback needy teams potentially ready to select them.

The Cleveland Browns will be first to pick, but the New York Giants and their second-overall pick will be the biggest wild card on Day 1 of the draft. There are a few different directions the team could go in under new GM Dave Gettleman and new head coach Pat Shurmur, and all of them will have landscape-changing implications for the NFL. Let’s breakdown the possibilities for New York.

Option 1: Move up for Sam Darnold

It’s not possible to know what’s true and what isn’t at this time of year, but there has been a lot of smoke about Darnold being the hopeful selection for the Giants with the second pick. However, Cleveland holds the cards, so Gettleman could decide it’s worth the draft capital to move up one spot and assure themselves of the USC product—which is similar to what Chicago did last season with the 49ers for Mitchell Trubisky.

Widely considered the best player in the 2018 NFL Draft, Saquon Barkley is going to be on the board for the Giants barring a shocking selection by the Browns at No. 1. If the goal is to prolong the career of Eli Manning, then there’s no better way to do that than taking the best running back prospect since Adrian Peterson (and perhaps ever). Barkley and Odell Beckham Jr. would be a scary thought on the field together.

When the Giants traded Jason Pierre-Paul last month, many people thought that meant they were targeting Bradley Chubb with the second-overall pick, which I think makes sense. Some people even believe he is a better prospect than Myles Garrett was last year, and the New York needs a pass rusher in a class that might not be very deep at the position. Plus, Chubb is great against the run, too.

We know Dave Gettleman “believes in the hog mollies” from his introductory press conference at the end of last year, and Quenton Nelson certainly fits whatever description he was going for. The Notre Dame guard is a bully that will set the tone for the offensive line and open holes in the running game. He’s worth a top-five pick.

Option 5: Trade back with BUF

This is probably the most exciting option to think about for NFL fans in general, as it would likely mean Buffalo jumps their division rivals for Josh Allen, but it might not happen because Gettleman wants to get a Hall of Fame talent with such a high pick. However, he could just be posturing for a potential trade back, which would allow him more ammunition to shape the roster how he and Pat Shurmur see fit.

Option 6: Trade back with NYJ

If Gettleman is honestly weary about moving back with Buffalo because he would miss out on a blue-chip talent, then staying in the top-five while gaining extra picks remains a possibility. It would be exactly what San Francisco did last year, and they still get “their guy” because it’s obvious Gang Green is taking a quarterback.

The final option is easily the craziest (as you probably assumed by the name). Sure, Odell Beckham Jr. is in the building right now for offseason training, but until he and the team agree to a long-term deal, his future is very much up in the air. I could see Gettleman and Shurmur deciding that they’d rather just start fresh by trading the superstar receiver—in this case for the No. 23 and No. 31 picks to New England. But that’s not all, as they also do the aforementioned trade with Buffalo for the second-overall pick, which would allow the new GM and head coach to really build their vision for the roster.

There’s no telling what the Giants will end up doing, but draft night can’t come soon enough.