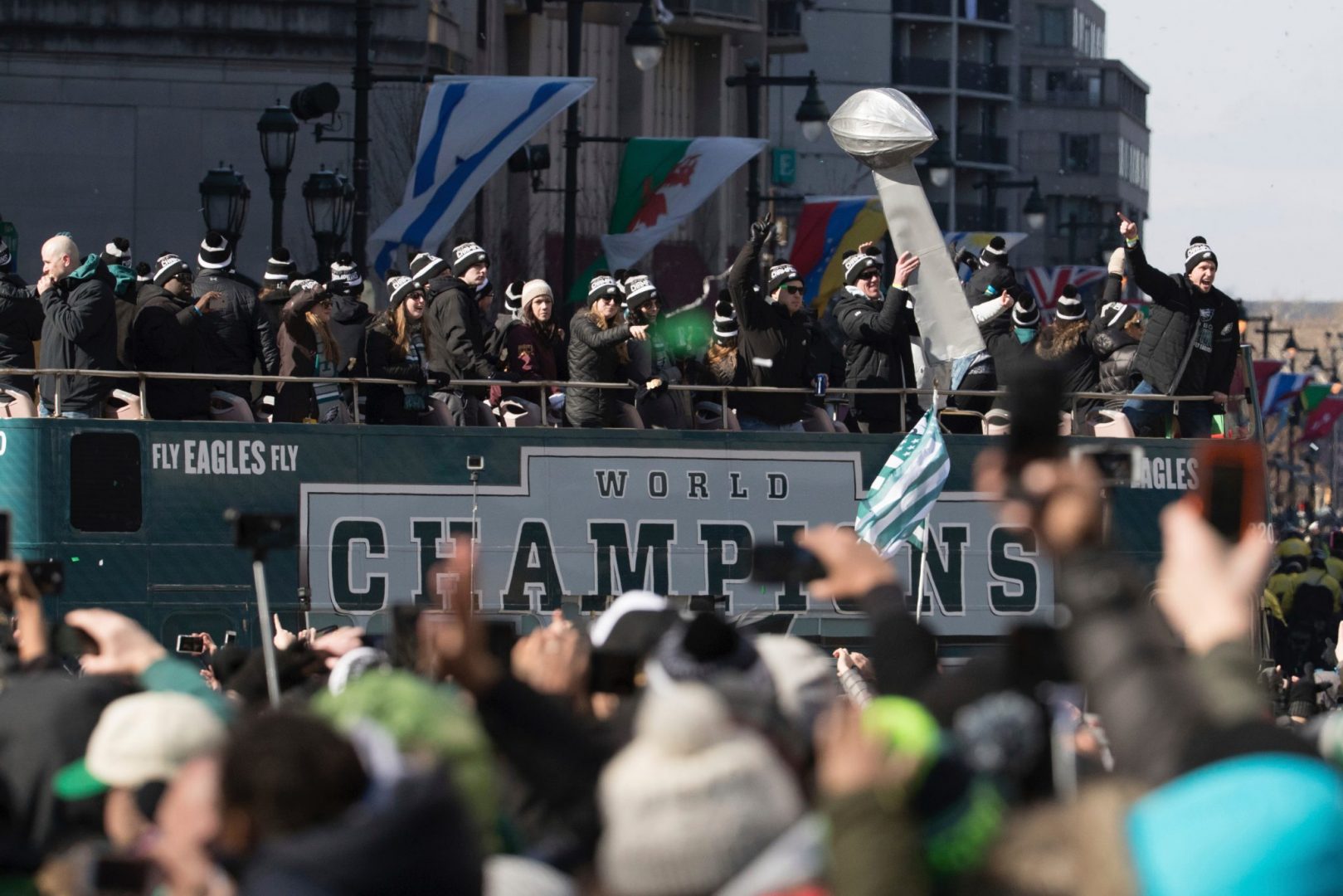 
Millions showed up to watch the Philadelphia Eagles celebrate their first Super Bowl victory today on Broad Street, and there was no shortage of craziness in the city. Here are the best moments/tweets from today during and about the parade.

I’m headed to PHILLY and I am so fired up.

@Eagles get this man on a float he was one of the few that believed and rode the underdog all way !! @KyleBrandt https://t.co/g4LWV7w7TQ

PSA: please toss us beers as we drive by

"I hope you can get used to this."@cj_wentz is planning to bring back more Super Bowls to Philly.