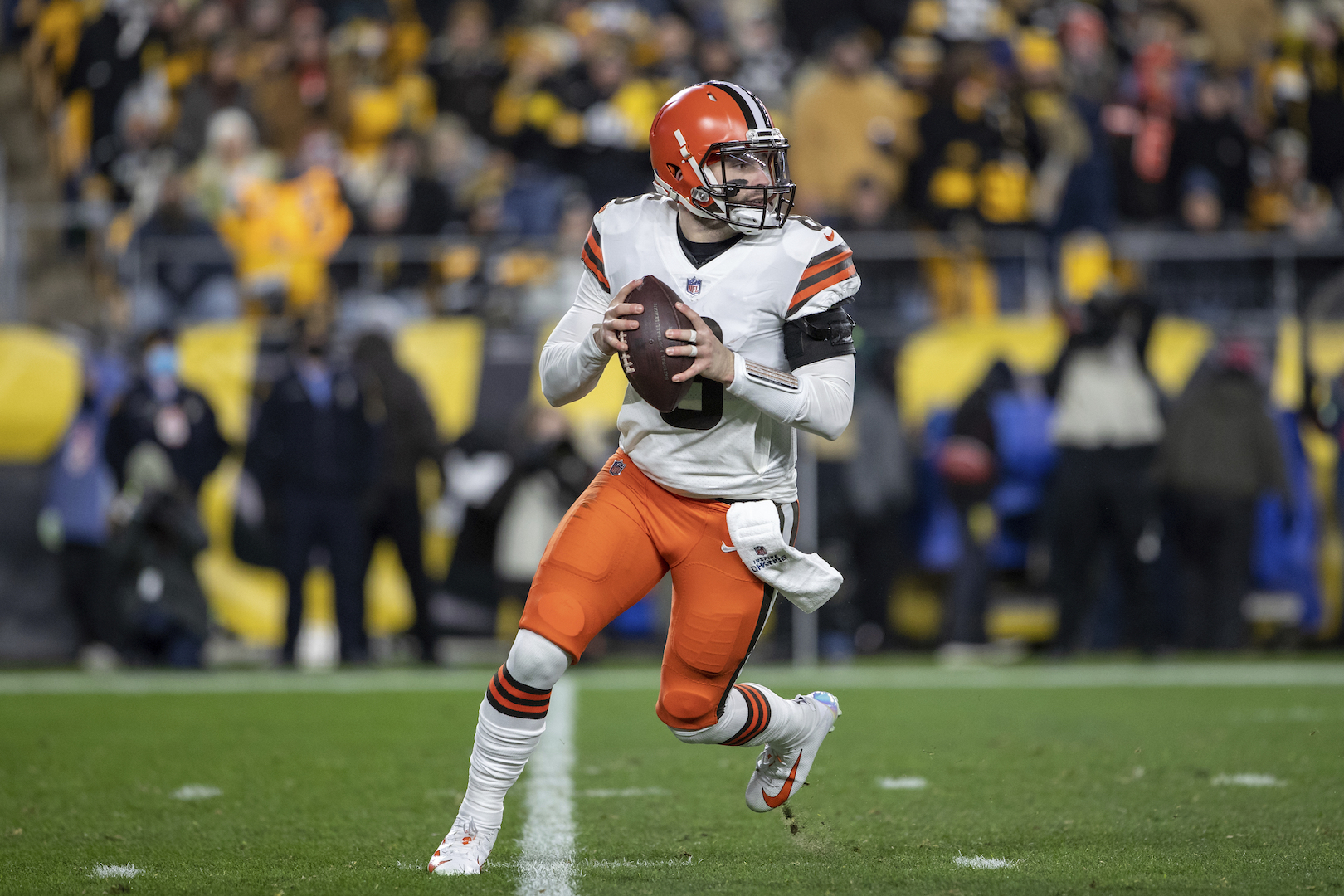 Stacking Up The Potential Trade Destinations For Baker Mayfield


The Cleveland Browns are trading for troubled quarterback Deshaun Watson and giving him a monstrous and shocking guaranteed contract, so former No. 1 overall pick Baker Mayfield is being shown the door. Starting jobs are running out, but these four teams profile as the squads where the former Heisman Trophy winner would remain a likely starting quarterback.

It sounds like Jameis Winston might be the play for the Saints, and they also have Taysom Hill in the mix. However, Mayfield paired with a swagger-filled and confident New Orleans is a funny and interesting thought. There’s a chance the situation could go south, though, considering it’s easy to envision All-Pro receiver Michael Thomas being frustrated if he’s not fed targets (like what we saw out of Odell Beckham Jr. with Mayfield as his quarterback in Cleveland). Overall, the Saints just don’t feel like a fit despite their lack of a bonafide starter.

Staying in the NFC South, the Panthers do actually feel like a potential fit. The Panthers have been about as aggressive as possible in going after a quarterback of the future over the past couple of years, striking out on a Matthew Stafford trade and doing the same with Watson this season (apparently they did not want to give into Watson’s outrageous contract demands). Carolina gave it a shot with former No. 3 pick Sam Darnold last season, and might they try to give the first pick from that year a chance? Because of the situation for the Browns at quarterback, Baker would probably cost less than Darnold did last year.

While the Panthers might consider adding Mayfield to the quarterback group, the best two spots for the former Browns starter are clear. Carolina could be due for a Year 3 leap under head coach Matt Rhule, but the roster is not as strong as the best option that we’ll get to in a minute, and they don’t have the weapons of the Seahawks. Seattle sounds legitimately high on Drew Lock, but they reportedly want to add another option to the mix. You could argue Mayfield lacked a deep group of explosive down-the-field targets with the Browns, but that would not be an issue with DK Metcalf and Tyler Lockett. Also, the Seahawks wanting to run the ball and play defense should allow Mayfield to not have to do too much.

Personally, I feel that Marcus Mariota would be a better fit in Indianapolis, but Mayfield is certainly an intriguing option as a former No. 1 overall pick. Whether it’s a top pick in Mayfield or Jameis Winston or a former second overall pick in Mariota, general manager Chris Ballard and the Colts can bring in a quarterback that was taken high in the draft, which they haven’t had the opportunity to do; three of those types of guys being available could give us some insight on what Ballard thought of them as highly touted draft prospects. In terms of being a fit, Mayfield has shown he can excel off play action, which would be an ideal fit for what Indy is looking to do on offense with Jonathan Taylor. And I can almost guarantee that this is Mayfield’s preferred destination of these four teams, given that he’ll remain in the same conference as the Browns—with a potential shot to knock them out of the postseason at some point.