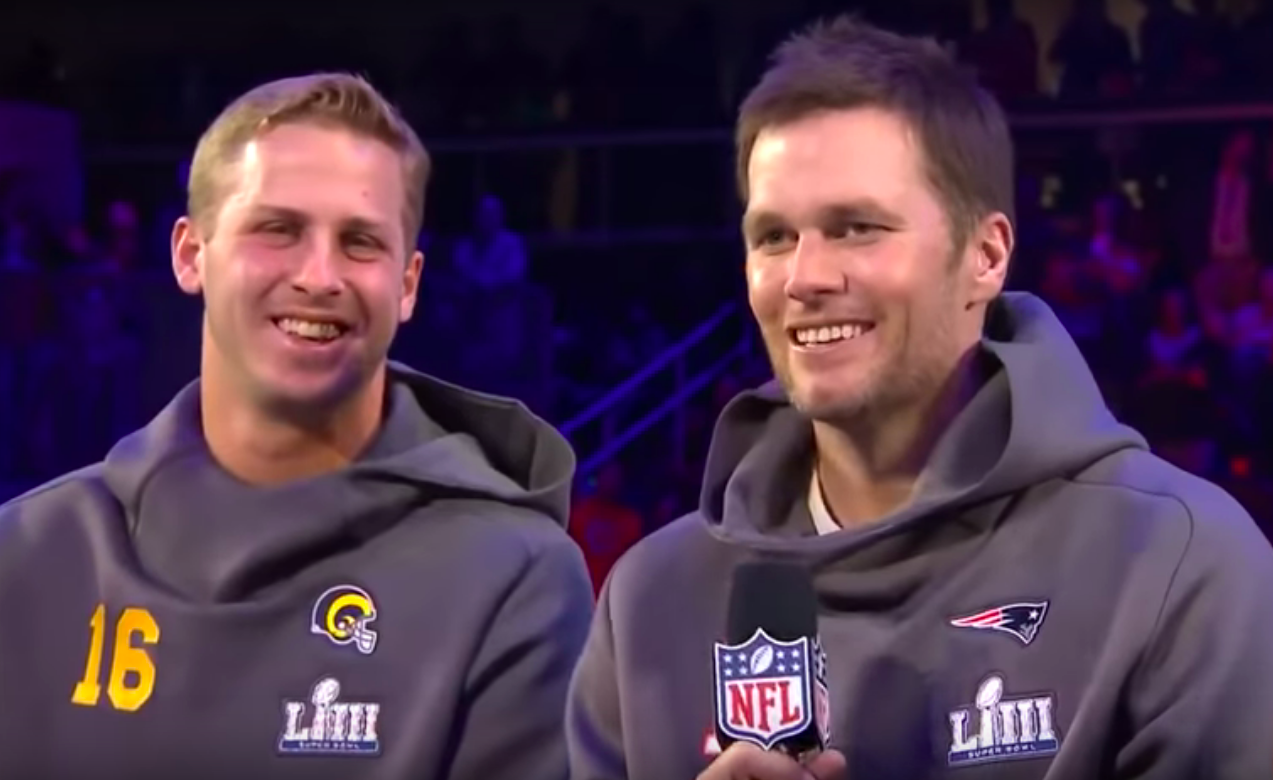 
To kick Super Bowl week off in Atlanta, both the Rams and Patriots hit the stage for Super Bowl Opening Night. The event took place on the field where the two teams will be battling for a title on Sunday, and as usual, there were plenty of funny and notable moments throughout the night.

Like most linemen, Aaron Donald used to want to play running back.

"I used to try and play running back. Ate my way out of that position."@AaronDonald97 🤣

"It's been a great relationship and he's taught me so much."

Tom Brady on his relationship with Bill Belichick. #SBOpeningNight pic.twitter.com/AYf4FQR4uR

Jason McCourty says his teammates were happy he arrived to put twin brother Devin McCourty, who rips everyone, in his place.

"I'm the favorite twin."@McCourtyTwins fighting over the podium 🤣

The utmost respect for Sean McVay.

Aqib Talib and Tom Brady talk about their time together in New England.

Belichick tried @AqibTalib21 out at WR? 😅

Tom Brady won’t give Jared Goff any advice for his first Super Bowl.