WOLF SPORTS ALERT There may be temporary login issues due to site maintenance. Thank you for your patience!
Home / frontnfl / Tampa Bay Buccaneers Unveil New Uniforms 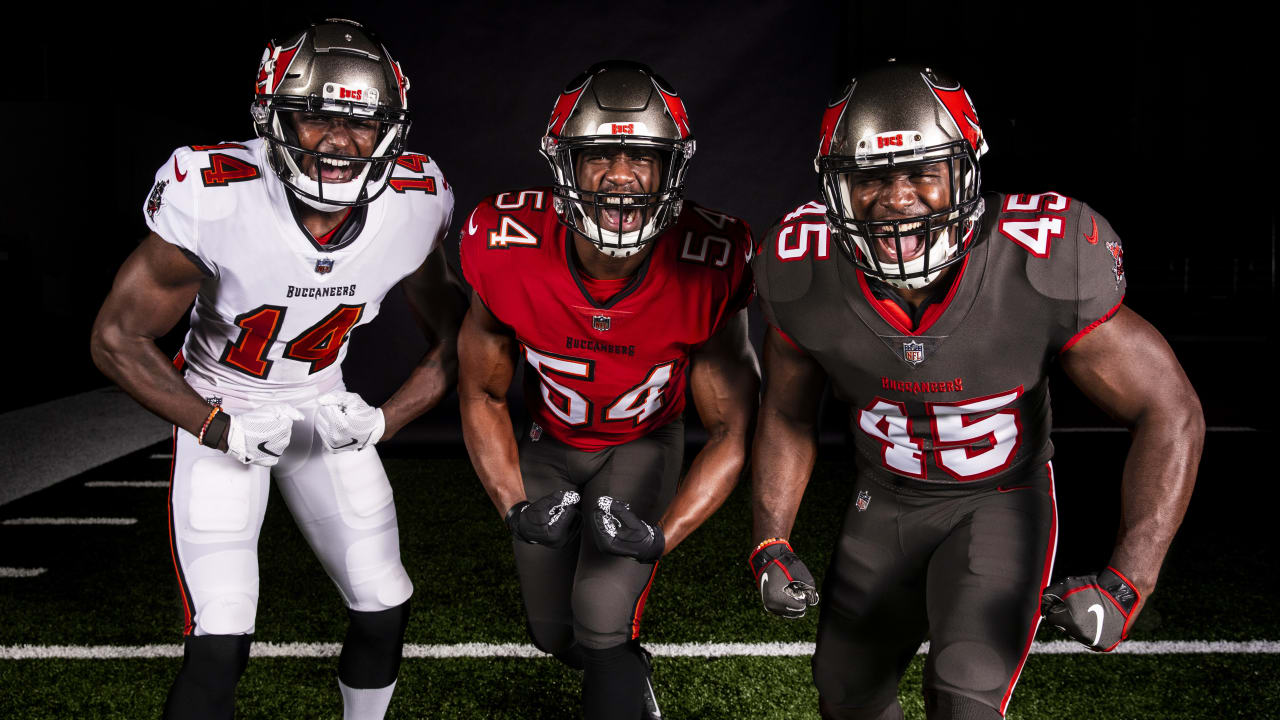 
With an excellent group of skill players on offense, an underrated defense under one of the league’s top coordinators, and the greatest quarterback of all-time now leading the roster, the Buccaneers are clearly a team on the rise. Tampa Bay will now have a new look moving forward to complement a squad expected to make the jump into the upper tier of NFL teams, as the franchise officially released its new uniforms.

Allow us to show you the future 😏#GoBucs pic.twitter.com/naURTtwkZ3

The uniforms have a similar look to older uniforms from earlier in the 2000s during the franchise’s best run, which included a championship in Super Bowl XXXVII, but these unis utilize the pewter (grey-ish) color more in an alternate uniform.

In a press release, the franchise announced in part:

The Tampa Bay Buccaneers have a new look, but in many ways it’s also a familiar look, one that has already proved hugely popular with the team’s passionate fanbase.

On Tuesday, the Buccaneers revealed the new uniforms, marks and colors they will begin wearing in 2020. The team had announced in February that it would be unveiling its new look in the spring, and that the changes had been inspired largely by fan feedback.

Buccaneers Owner/Co-Chairman Ed Glazer stated: “This new but familiar look is a direct result of the valuable feedback we received from our fans. We are excited to return to our classic Super Bowl era uniforms while also introducing a sleek Color Rush uniform that showcases our signature pewter in a new and dramatic way. The refreshed classic design of our home and away combinations bridges our past with our exciting new future, and we are confident it will resonate with our fans.”

Based on that fan input, much of the new uniform is identical to what the team wore from 1997 through 2013, which included the most successful on-field stretch in franchise history. From 1997 through 2007 the Buccaneers went to the playoffs seven times in 11 years, played in two conference championship games and captured their first Lombardi Trophy. The Buccaneers beat the Oakland Raiders, 48-21, on January 26, 2003 while wearing their signature pewter pants and red jerseys.

One notable omission is that there is currently no creamsicle color featured, a look many fans had been hoping for when the Buccaneers announced they would unveil new uniforms this year. The creamsicles might be added in the future when teams are allowed to wear alternate helmets in addition to alternate uniforms. However, most would agree this overall look is a considerable step up from what Tampa Bay has sported over the past several years.

Despite the coronavirus pandemic, we expect to see Brady and the Bucs in their new uniforms on time for the start of the NFL season this September.