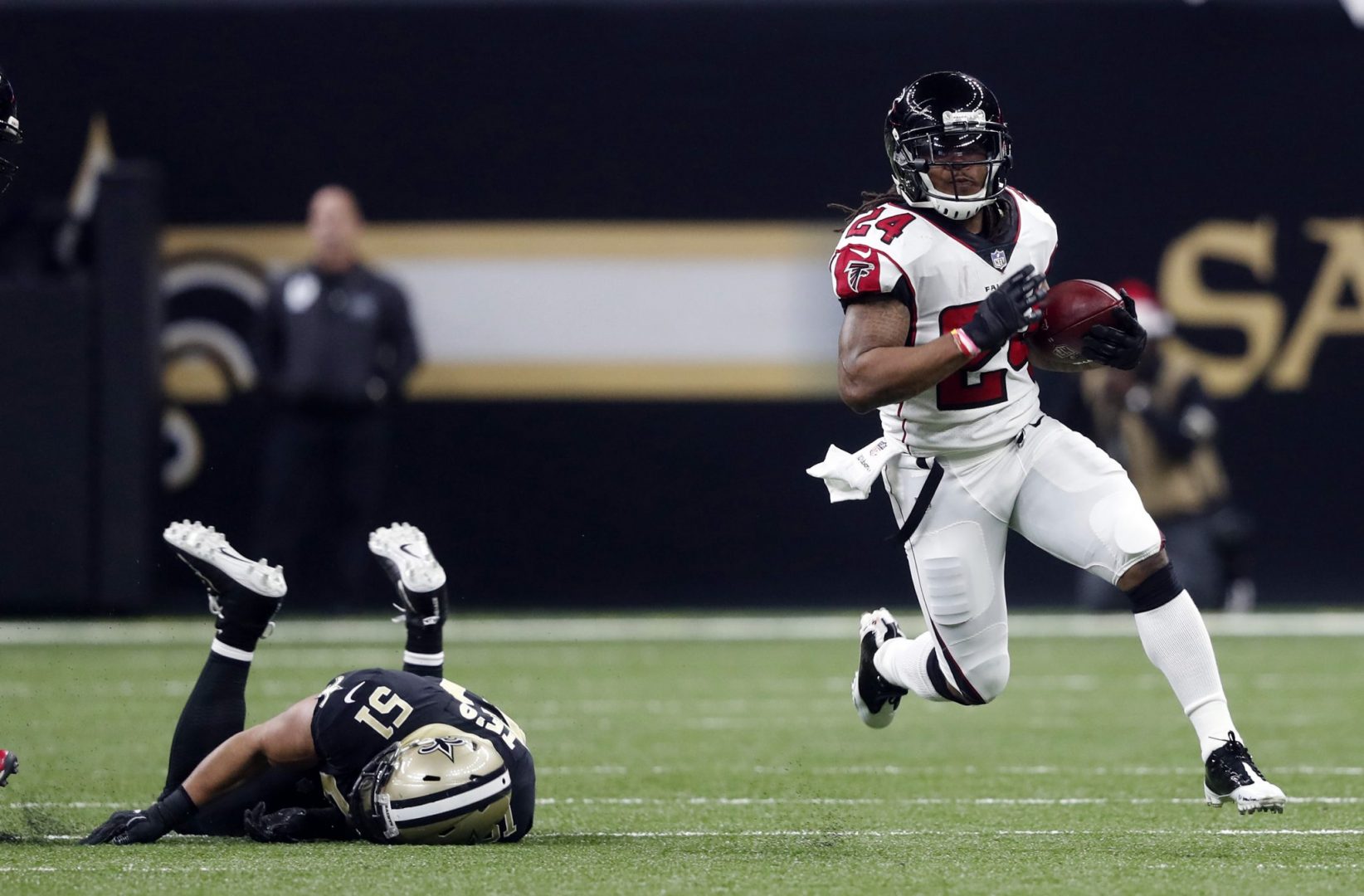 
There are still a bunch of well-known NFL free agents, including a former No. 1 overall pick in his prime and a former league MVP quarterback. Where are the top landing spots for the biggest names remaining in NFL free agency?

A few teams look like solid fits for star edge defender Jadeveon Clowney, with the Titans, Eagles, and Browns among them. But the Giants are an under-the-radar team that might just be waiting for Clowney’s price to come down before scooping him up. Pass rush is probably New York’s biggest weakness on paper at the moment, but Clowney would instantly boost the entire front seven while helping the Giants potentially push Philadelphia and Dallas for the NFC East crown. Clowney apparently has yet to receive the long-term offer he’s looking for, but he might like the idea of playing in a massive market for a year before potentially cashing in next offseason.

Devonta Freeman is in a similar position to Jadeveon Clowney in that he’s drawn interest around the league but has not received an offer to his liking. The Seahawks quickly moved on to veteran Carlos Hyde, and indications are that the Buccaneers and Eagles are not going to pay Freeman what he wants. While the former Falcons starter has said that he’s fine with sitting out 2020 if he doesn’t get a good offer, that probably wouldn’t be a wise move considering the tough running back market (and a number of talented players set to hit free agency in 2021). The Eagles would give Freeman an opportunity to complement Miles Sanders while bringing some attitude and energy off the bench along with Boston Scott and Corey Clement.

While Everson Griffen was initially expected to remain with Minnesota, he remains a free agent here in the middle of June. The Cowboys have a deep set of guys to get after the passer, but Griffen would be a strong addition to the group. Dallas might see Griffen as a similar acquisition to defensive end Robert Quinn last year, a move that paid off with 11.5 sacks (and allowed Quinn to cash in on a big deal with Chicago during free agency). With Aldon Smith, Randy Gregory, and Griffen all as high upside options, the Cowboys pass rush could be scary if a couple of them can remain consistent on and off the field.

A few weeks ago, it was reported that Logan Ryan had a deal with the Jets. That was quickly shot down by Ryan, but it won’t be a surprise if the two sides work something out before the start of training camp late next month. The veteran cornerback can play inside or outside in Gregg Williams’ defense, and he’s the type of experienced player that could help elevate a roster looking to get on track and become a playoff contender this year.

Because he ended last season on injured reserve without playing a snap for Miami after a surprising trade from Los Angeles, Aqib Talib has been forgotten about a bit this offseason. Keep in mind that Talib is 34 years old, so that has an impact on his situation—still, he should get an opportunity to show he can still be a starter in the league. Seattle has a promising young secondary they are excited about, but bringing in Talib to compete feels like a move they might make. Talib is a big corner that fits the Seahawks scheme on defense, and he might want to see the Rams twice per year after he was unceremoniously traded away.

It’s anyone’s guess as to where former NFL MVP Cam Newton will sign for 2020. Newton has made it pretty clear that he won’t sign someplace to be a backup quarterback, so an injury might ultimately have to strike this summer for him to find a new squad—and even then a team might not want to bring someone in off the street to be a starting quarterback, especially if it’s close to the start of the season. If Newton is unable to land a starting gig, among the teams to keep an eye on would be the Redskins (though their trade for Kyle Allen complicates things), Jaguars, and Vikings.