Home / frontnfl / Teams Most Likely To Be Interested In Ryan Mathews 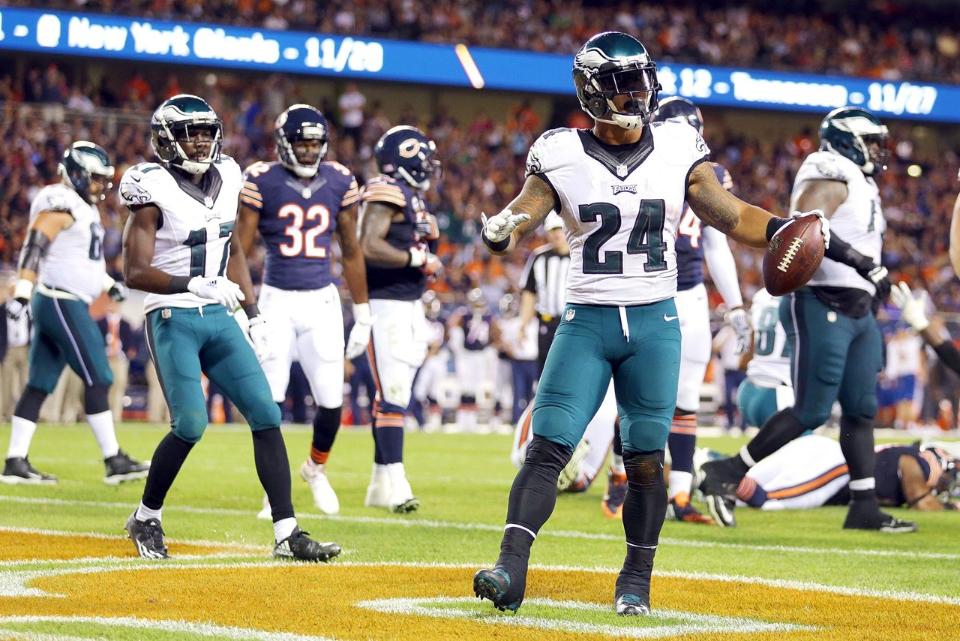 Teams Most Likely To Be Interested In Ryan Mathews


A former Pro Bowl running back is now available, as the Philadelphia Eagles parted ways with Ryan Mathews after he was cleared of his neck injury from the end of last season. Mathews was not a part of the Eagles’ plans for 2017, but he could very well be a big part of another team’s. Here are some of the most likely teams Mathews could sign with.

The Ravens have made it clear they want to establish the run this season after they relied on the passing game too much in 2016. Second-year back Kenneth Dixon is lost for the season to a torn meniscus, so they might want to add another talented back to the mix. Terrance West and Danny Woodhead are both solid options for Baltimore, but Mathews would make them one of the deepest running back groups in the NFL.

Paul Perkins is currently locked in as the lead back for the Giants, but he doesn’t have the track record Mathews (when healthy) does.  As a former 1,200-yard rusher, Mathews would be another Pro Bowler added to a potentially lethal Giants offense, and he’d help create more balance. Mathews is also a very capable receiver out of the backfield, so defenses would have to respect that too.

Though Malcolm Brown has impressed new head coach Sean McVay and the Rams, they might opt to bring in a veteran presence to backup Todd Gurley. Mathews has a similar athletic but punishing running style, and he would be a great option to spell Gurley.

Even with Ezekiel Elliott suspended for six games, the Cowboys are set at running back with Darren McFadden and Alfred Morris among those able to carry the load. However, if another team becomes interested in trading for Morris, the Cowboys might decide to pull the trigger and sign Mathews to replace him. Also, Mathews had 11 carries for 67 yards and a touchdown in a win over the Cowboys in 2015 (as well as a touchdown in last year’s game)—perhaps they’ll remember that.

Unfortunately, injuries are likely to happen to more running backs throughout the preseason. There could be teams that don’t have a need at running back right now but will in a few weeks. Mathews might ultimately decide to wait things out for an ideal situation.