Home / frontnfl / Teams That Could Be Interested In Cornerback Richard Sherman 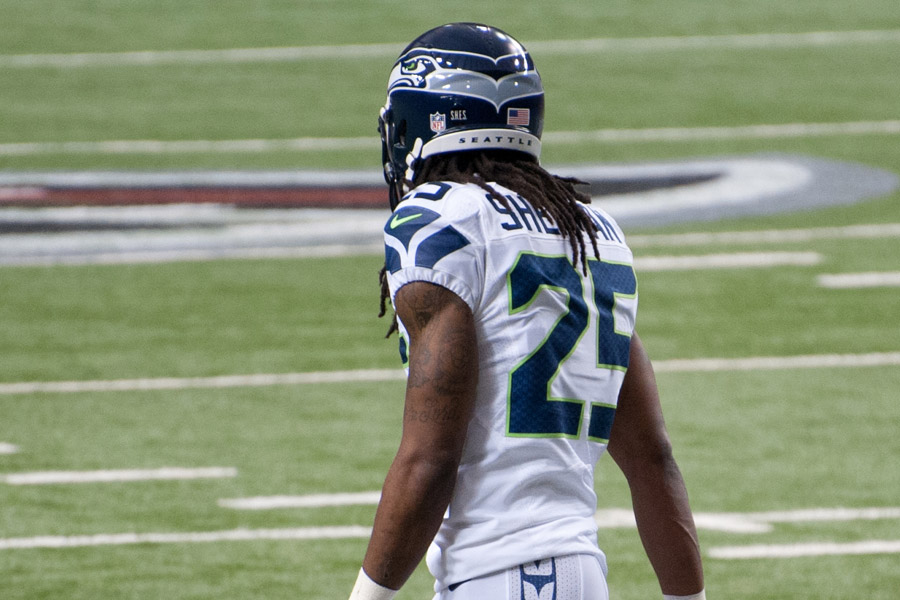 Teams That Could Be Interested In Cornerback Richard Sherman

The Richard Sherman trade rumors are real. There has been talk since the end of the season that the two sides may be separating, and Seahawks GM John Schneider and head coach Pete Carroll have not hidden their thoughts. Schneider appeared on 710 ESPN Seattle this morning and confirmed the Sherman rumors are not fake news.

It’s looking like if the Seahawks get what they want in a trade offer, they’ll ship Sherman out of Seattle. While there is some concern about Sherman’s play declining a bit last season, there are likely teams interested in bringing in the All-Pro cornerback.

The Colts have more than enough cap space to take on Sherman’s $13+ million cap hit. With Vontae Davis already in control of one side of the field, adding Sherman would give the Colts one of the top cornerback tandems in the NFL. Indy also seems like a good locker room for Sherman to be in without causing any issues.

Philadelphia probably has a bigger need at cornerback than any other team in the NFL. And of all the decision-makers in the league, Howie Roseman might be the person most willing to trade. They already brought in receivers Alshon Jeffery and Torrey Smith during free agency, showing they aren’t opposed to bringing in veteran players.

Now, the Falcons probably have the best cornerback group of all the teams on this list, and they would be just fine going into the season with what they have now. Remember, their top cornerback, Desmond Trufant, missed the end of the season and the Super Bowl run with a pectoral injury. The Falcons are probably the best team in the NFC right now, so they might decide to go all in and try to bolster their secondary by adding Richard Sherman.

Like Atlanta, the Dolphins have a pretty good set of cornerbacks. Although he was hurt at the end of last season (like Trufant with the Falcons), Byron Maxwell is a top corner in the league, and Miami has some young corners like Xavien Howard and Tony Lippett that have very good potential. Maxwell and Sherman would give the Dolphins half of the “Legion of Boom,” and it’d help them attempt to matchup with all the weapons the division rival Patriots have on offense.

After letting Josh Norman go last offseason, would the Panthers be interested in adding Richard Sherman to their defense? Sherman said last season was “bad karma” for Cam Newton, but that shouldn’t be too big of a deal, considering Norman pretty much fought Newton in training camp a couple years ago. The addition of Sherman might help the Panthers get back to the level they were in 2015, when they ran through the NFC.