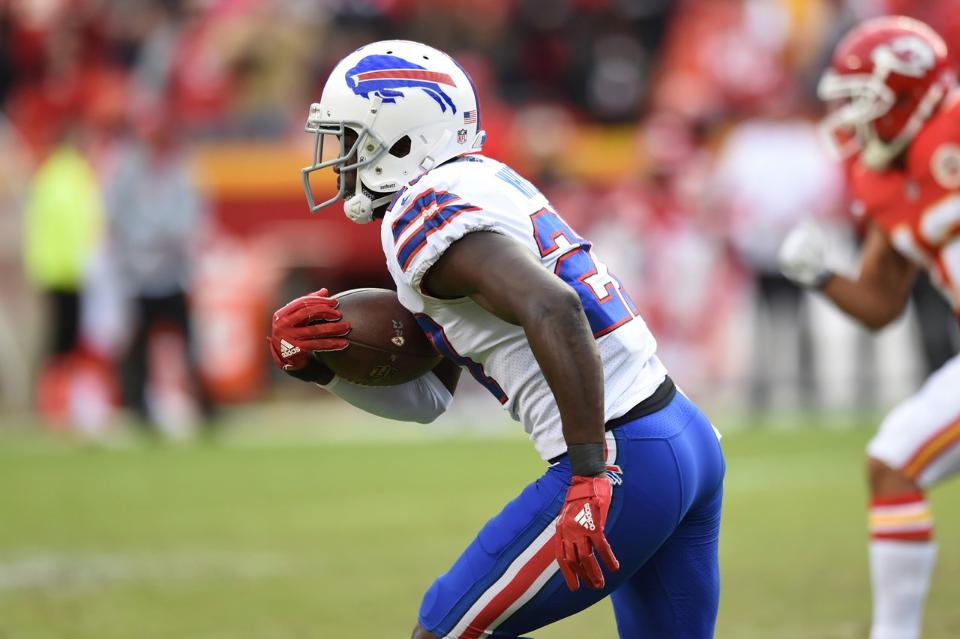 
As always, all-star game selections can be very controversial, and the NFL’s 2018 Pro Bowl was no different. After the rosters were unveiled last night, there were some vocal players and fans upset their favorites players or teammates didn’t get in. These ten players have the best case for getting snubbed from the Pro Bowl this season.

A fire has been lit under Alex Smith this season, and he’s having a career year. The 33-year-old has had some excellent seasons over the last several years, but 2017 is probably his best yet. Smith has a 25:5 TD/INT ratio, he’s completing 67.8% of his passes, and he’s already set a career-high in passing yardage with 3,738 yards. There is no question he should be in the Pro Bowl.

There is also no question Bills cornerback Tre’Davious White should be in the Pro Bowl. Buffalo’s first-round selection in this year’s draft has been a true shutdown corner in his first NFL season, and anyone that’s been paying attention knows that. While he wasn’t a Pro Bowl selection, White might end up being a second-team All-Pro selection behind Xavier Rhodes and Patrick Peterson.

Just watch the Vikings play defense and you’ll see the impact Harrison Smith has on the field. The well-rounded and hard-hitting safety helps set the tone for an elite defense with great players from front to back, and the depth of Minnesota’s roster might’ve caused Smith to be overlooked this year.

While Melvin Ingram’s scorching pace of 5.5 sacks in his first three games (and 7.5 in his first five) has slowed down a bit, he’s still getting pressure and wreaking havoc on opposing offenses. Teammate Joey Bosa (11.5 sacks compared to Ingram’s 10.0) was voted in, so maybe overkill is what hurt Ingram’s chances of making the Pro Bowl.

After racking up 8.0 sacks as a rookie last season, 22-year-old Yannick Ngakoue has been even better this season, already notching 11.0 sacks on an elite Jaguars defense. He’s off to quite the start to his career, and Pro Bowls could become a regularity for him over the next decade.

It’s hard to argue against Luke Kuechly and Bobby Wagner as the inside linebackers for the NFC squad, but Deion Jones has arguably been the best of the bunch in 2017. Statistically, he’s comparable if not better than the two All-Pros. And his game-sealing interception two Thursdays ago against the Saints might’ve been the most clutch play of the year for a linebacker.

Speaking of interceptions, the Titans’ Kevin Byard knows a thing or two (or six) about them. He has six interceptions this season, including five in a two-game stretch in middle of the year. Some will say those two games boosted his overall resume, but Byard has been a consistent player all season for the Titans.

Aaron Rodgers went down with a broken collarbone, which is a huge blow to any receiver, but Davante Adams still played excellent with Brett Hundley under center. Adams seemingly had all the yardage and scoring production for Packers receivers in Rodgers’ absence, and he has a good shot at his first 1,000-yard season this year (and he already has double-digit touchdowns for the second season in a row).

Given how stacked the running back situation is in the NFC with Todd Gurley, Mark Ingram, and Alvin Kamara, it’s understandable Howard didn’t make the Pro Bowl. However, he’s third in the NFL in rushing while carrying the Bears offense. The bruising second-year back is a big reason Chicago has remained competitive in games, even if they aren’t picking up a ton of wins.

Marvin Jones leads the NFL in yards per reception (18.0) for those with over 50 receptions this season, and he should easily eclipse 1,000 yards for the first time in his career. Even if one of them was a weird play where two defenders might’ve messed each other up, Jones had two touchdowns against the league’s best cornerback Xavier Rhodes on Thanksgiving.