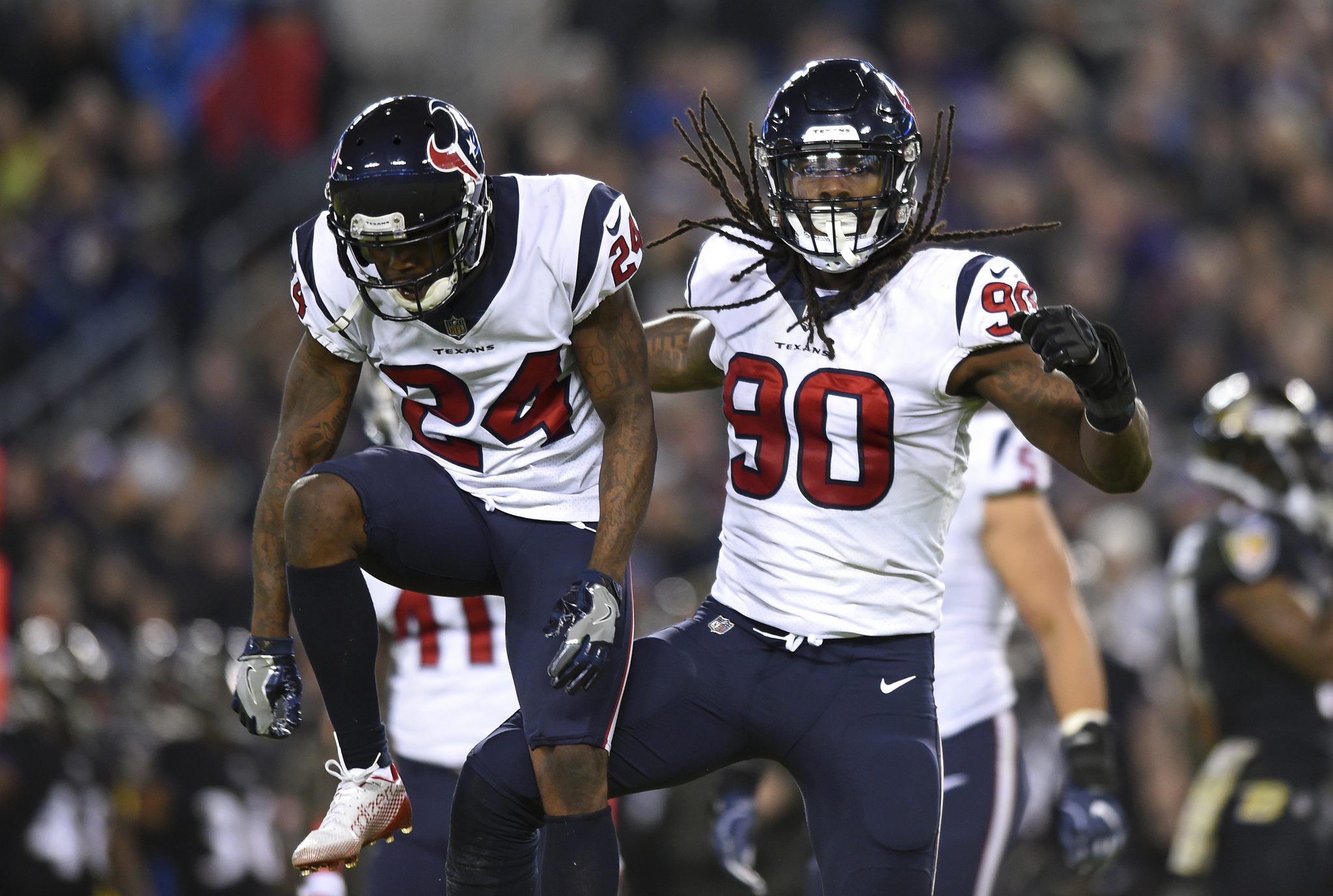 
Set to play 2019 on the franchise tag after not agreeing to a long-term contract earlier this summer, Texans defensive end/outside linebacker Jadeveon Clowney looks poised to be traded by the team that drafted him No. 1 overall in the 2014 NFL Draft. The Eagles and Seahawks have long been rumored as two potential landing spots for Clowney, but the Dolphins are apparently now back in the mix. The Miami Herald’s Armando Salguero reports that Miami considers themselves the frontrunners to acquire Clowney in a trade.

Other teams could come out of nowhere and make a deal, but these are offers I think might work for the Dolphins, Eagles, and Seahawks if a trade does indeed happen.

The Texans have almost certainly been asking for a first-round pick in return for Clowney, but not all draft picks are created equal. The Dolphins are expected to be near the bottom of the standings this season, so their second-round pick should be at around No. 33 or No. 34 overall. Also, Miami can start high by offering the Saints 2020 second-round pick that they possess and eventually come down to their own second-rounder.

This is not a trade that I would do, as Laremy Tunsil is arguably the best left tackle in football and is on a team-friendly deal. However, the Texans are in dire need of help on the offensive line, and they might hold firm and insist they need Tunsil back in any trade for Clowney. While I’m surprised the Texans want to acquire another receiver (if the rumor that they do is actually true), the Dolphins probably wouldn’t mind parting ways with Kenny Stills in a deal, either. Keep in mind that Tunsil plays the left side, but Tua Tagovailoa (their potential target at the top of next year’s draft) is a left-handed quarterback, so left tackle could potentially not be as high of a priority a year from now.

Again, these are not necessarily trades I would do—but I think they are possibilities for these three teams. Personally, I believe the Eagles would be foolish to trade Nelson Agholor, but the writing might be on the wall after the team acquired veteran receiver DeSean Jackson—and then extended him while Agholor himself is due for an extension after this season—and drafted J.J. Arcega-Whiteside in the second round. For Houston, Agholor would be a great fit that can play inside or outside and probably should be more utilized than he is in Philadelphia.

Because the Eagles don’t figure to be picking near the top of the draft, a first-round pick straight up for Clowney could work. The Eagles have been aggressive in the past and this offseason adding pieces to make another Super Bowl run, and Clowney would undoubtedly give an already-strong front another boost.

After Lamar Miller’s unfortunate season-ending knee injury, the Texans are in need of a running back. The Seahawks surprised many people when they made Rashaad Penny the first running back selected in last year’s draft, but he had a solid rookie season and could provide enough value along with a second-round pick to get a deal done for Clowney. A third-rounder along with Penny might even be enough to make a deal considering Penny’s draft status, but Seattle has two second-rounders to play with after the Frank Clark trade.