Home / frontnfl / The Cleveland Browns Are Building a Powerhouse 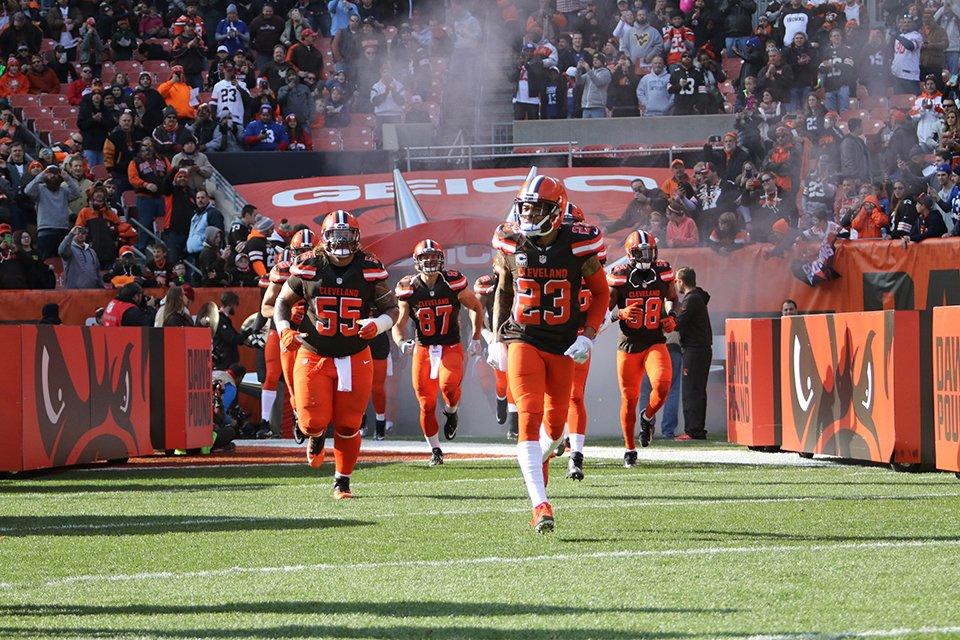 The Cleveland Browns Are Building a Powerhouse


Yesterday, the Cleveland Browns traded for Brock Osweiler and a second-round pick for a fourth-round compensation pick. The shocking move set the internet ablaze, but it arguably wasn’t even the best move the Browns made on the day.

The most important thing the Browns did is sure-up their offensive line. They extended their own guard, Joel Bitonio, to a five-year extension. Then, they signed former Cincinnati Bengals guard Kevin Zeitler to the highest contract for a guard in NFL history. Finally, Cleveland also signed a center—former Green Bay Packer J.C. Tretter—to solidify that spot.

Cleveland now has an elite offensive line—clearly one of the best in the NFL. They can move center Cameron Erving, a 2015 first-round pick, to right tackle on a permanent basis. Here’s what the Browns offensive line will look like next season:

Left tackle Joe Thomas—perhaps the best of the bunch—is 32-years-old, but by no means is he close to done playing great football. Besides Thomas, the youngest of the bunch is new signee Kevin Zeitler—at just 27-years-old.

So, the Browns have their offensive line—probably the most important unsung position in the NFL—set in stone for now and the future. It’ll make things easier for whatever quarterback is under center for the Browns. It also means offensive line is not a position the Browns need to worry about for at least a few seasons.

Cleveland can now focus on the rest of their roster with the peace of mind that their offensive line is solid and will not get the quarterback killed. They also should be able to bully other teams by running the ball behind this potentially great offensive line.

Back to the Brock Osweiler trade. Critics are saying the Browns only gain about a round because their fourth-round compensation pick that’s headed to Houston will be an early fourth, while the second-rounder from Houston will likely be a late-second. Bottom line—the Browns acquired another second-round pick.

Then on draft night, the Browns traded the eighth overall pick and a sixth-rounder to Tennessee for the No. 15 pick, a third-round pick, and a 2017 second-round pick.

And of course, we have the Osweiler trade that netted them the Texans’ second-round pick in 2018.

Here are the picks the Browns have in just the first two rounds over the next two drafts:

The Dallas Cowboys were set up in a similar situation with the Herschel Walker trade that netted them six picks in the first or second round from the Minnesota Vikings. Dallas hit big-time on two of their picks, in particular—Emmitt Smith and Darren Woodson.

With eight picks in the first two rounds over the next two drafts, the Browns are set up to succeed. Of course, they need to hit on their picks for all this draft capital to translate onto the football field. But even if they only hit on half their picks, the Browns would have the potential to be a great team.

Getting a franchise quarterback should be priority number one, but they’ll have plenty of opportunities to do so over the next couple of seasons.

The offensive line is set. The draft capital is there to get players that can be difference-makers. The Cleveland Browns have a chance to build a powerhouse in the league.

Now they just need to make the right decisions.