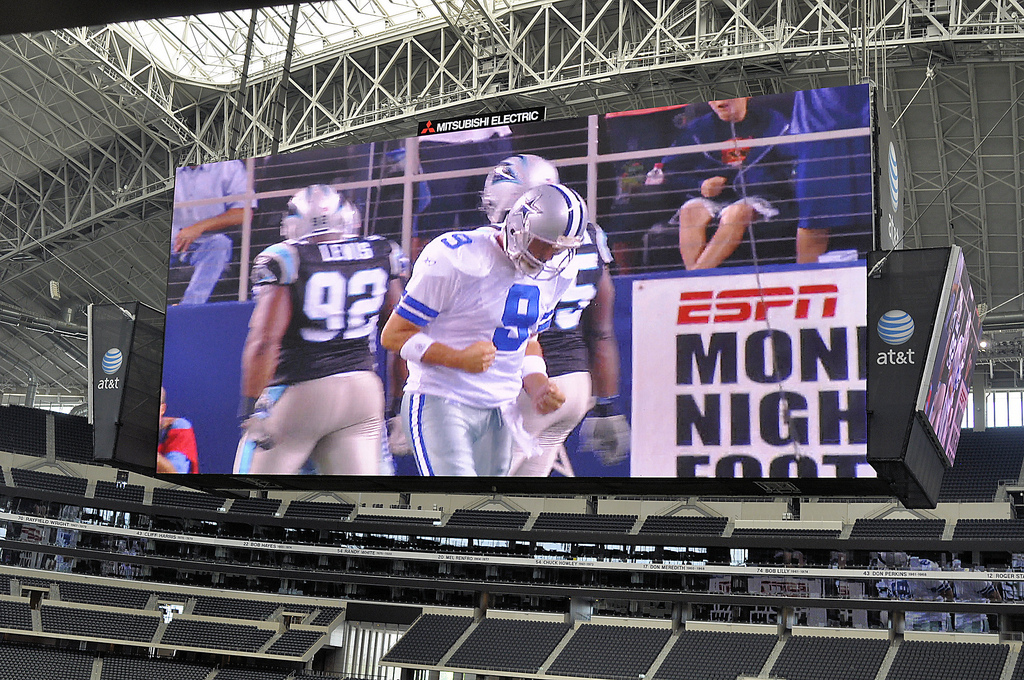 As a kid growing up in the Greater Philadelphia area, I was a “Philly” child through and through. Frequent visits to Pat’s (or Geno’s, whichever you prefer), hours spent at Reading Terminal Market, and, of course, trips to South Philly to watch my favorite sports teams play, were my childhood. An avid sports fan as a youngster, I cheered my heart out for my Phillies, Flyers, and 76ers, teams I still hold near and dear to this day. Anyone who knows me does not doubt my commitment to the Phillies, dedication to the Flyers, and flat out obsession with the 76ers (#TrustTheProcess). The team noticeably absent from my Philadelphia fandom, however, would be the NFL’s Eagles. Alright, it is time to come clean, to admit what I have been hiding throughout the first paragraph of this article.

I root for the Dallas Cowboys.

It is understandable if you have thrown your phone down in disgust or angrily closed your web browser by now, but for those of you still with me, I know what you are thinking. This guy is a blasphemer, a heretic to everything Philadelphians hold dear. If you are lost and do not understand why being a Cowboys fan is taboo around these parts, I suggest you don the blue-and-white Star logo and walk down Broad Street. Bring a riot shield (just in case). All joking aside, being a Dallas fan in Philadelphia has been quite a cross to bear. Sure, I can find common ground with the locals about the other three major sports franchises, but as a kid growing up here, it was not always that easy.

I was born and raised a Cowboys fan by my father, who was raised the same way.  We love our Cowboys through thick, and more recently, through thin. In school, when I would profess my love for ‘America’s Team,’ I would often be met with a barrage of boos, insults, and unsavory comments. People have called me names, everything from “loser” to “frontrunner,” and so much worse. Having been born just in time to see the great running back Emmitt Smith’s final days in Dallas with a base of football coherency, I was also old enough to experience the merciless quarterback carousel that plagued the Cowboys of the early-to-mid 2000s.The Quincy Carter era. The Chad Hutchinson era. Drew Henson. Vinny Testaverde.  Drew Bledsoe. Shall I continue? I think you get the point. Starved for a franchise player, my team suffered for the better part of a decade. There was little hope season after season, relying on aging veterans and incapable rookies to man the most important position on the field. But then suddenly, out of the blue and silver tunnel of Texas Stadium, hope gleamed eternal.

Beginning the second half of a seemingly insignificant Monday Night Football game in October of 2006, Tony Romo’s NFL career commenced. Then-Cowboys coach Bill Parcells had seen enough of incumbent veteran quarterback Drew Bledsoe and decided to make a change. Legend has it that Bledsoe did not take kindly to the switch, carrying on in the halftime locker room before pouting on the bench for the remainder of the game. Losing one’s job mid-nationally-televised-game can do that to a guy. Meanwhile, Tony Romo took the field to lead a team for the first time in his professional career.

An undrafted fourth-year journeyman who rode the bench for his entire career up to this moment, was now playing the equivalent of center field for the New York Yankees, or point guard for the Los Angeles Lakers. He was the quarterback of the Dallas Cowboys, if only for one half of football. Making the most of his opportunity, Romo’s first pass was tipped and intercepted. He would eventually settle in, but the Cowboys lost 36-22 to the rival New York Giants. After the game, Coach Parcells was chastised in the media for benching Bledsoe and playing a virtually unknown back-up. “Was he trying to lose?” quipped one Dallas Morning News reporter. It would have been understandable for Parcells to have moved away from Romo after that game, as the Cowboys had another nationally-televised game the following week on Sunday Night Football. Instead, Parcells believed in the 6’1” 210 lb. kid out of Eastern Illinois University, who had nothing but a head full of dreams and a smile to match. The rest is history.

Romo excelled in his new role, exhibiting leadership, strong play, and a feel for the game not often seen at any level, let alone the NFL. He would go on to pass for 34,183 yards in a career spanning nearly a decade. He would complete 2,829 passes for a franchise record 97.1 career passer rating. He would throw 248 touchdowns, including one on the last pass he would ever throw in the NFL.

While Tony Romo’s stats are quite impressive – he owns most of the Cowboys franchise passing records – he has had a career full of adversity. Injuries have plagued his career, ultimately serving as a main contributing factor in his recent decision to retire. The injuries were unlucky, and many people questioned his ability to remain on the field over the past few years. That being said, no one ever questioned his commitment, with any validity, at least. Perhaps the biggest indictment of his career was his inability to “win the big game,” as it has been described, a dig citing Romo’s numerous playoff failures. In his very first playoff game in 2007, he infamously botched a hold on what would have been the go-ahead field goal with less than two minutes remaining in a Wild Card round game against Seattle (I was 10 years old at the time…I cried). The following year, Dallas went 13-3 in the regular season, earning a first-round playoff bye. Romo took a well-documented trip to Cabo San Lucas, Mexico that week, only to come back to Dallas to endure a shocking defeat to the eventual-champion Giants (I cried again).  A year later, in a win-and-in Week 17 game at Philadelphia, the Cowboys saw their playoff chances incinerated when Romo committed three turnovers in an ugly 44-6 defeat (cried again). In 2009, the team won their first playoff game under Romo, only to lose the following week at the Brett Favre-led Vikings. After this game, though, I did not cry. I felt a sense of peace as a Cowboys fan. Sure, it is often gut-wrenching when your team loses a playoff game, but at that time, as I watched Tony stand at the podium post-game, vowing to be better, I felt a connection.

Young fans build bonds with professional athletes unlike any other. From Allen Iverson to Vince Carter, I have had my share of sports idols just like everyone else.  Tony Romo was at the top of that list. His leadership, charisma, consistent play, and that enviable, infectious, dimple-laden smile, were enough to cement him as my favorite childhood athlete. As a Cowboys fan growing up in a Kelly Green town, friends, classmates, and passersby would often drive me to the brink of utter explosion. Berating Dallas was a sport, and the people surrounding me took it as seriously as, perhaps more than, rooting for the Eagles. I hold nothing against Eagles fans and harbor no ill will. I am right there with you throwing snowballs at Santa Claus if he is dressed in a Sidney Crosby jersey; but, at the time, before I matured enough to be able to process my anger and frustration, I needed someone to whom I could look for guidance. I needed to see someone meet life’s challenges with a smile and focus, in order to learn and develop into who I am today. I needed a role model. Tony Romo filled the void.

A man in whom no one believed took the most storied franchise in NFL history from total dumpster fire to perennial playoff contender, all while bearing the burden of immense criticism that even seeped into his personal life (see Jessica Simpson). He did it all with a smile. It was from Tony Romo that I learned sometimes the best thing one can do in the face of adversity is to smile and simply try your best. This is great advice for almost any situation, and I have Tony Romo to thank.

For those still reading, I hope you can relate. For myself, so many other Cowboys fans, NFL fans, and sports fans alike, Tony Romo has become like a family member. He is a man with great integrity who seemed to act like the whole world was watching throughout his entire career, because we were. He stayed out of trouble during his career, representing an increasingly small pool of professional athletes, in the NFL especially, who seem to be good character players. He never said anything out of line or remotely unsavory. He always carried himself with dignity and treated others with respect. Overall, he led a locker room, endeared himself to a fan base as vast as any other, and made himself into as much of a fixture on Sundays and Thanksgiving Day as family dinner at grandma’s.

Ending a truly remarkable career playing the game he loved, due in large part to debilitating injury, Tony Romo is facing another round of adversity. He has conquered the many before this, and I know he will be an extraordinary broadcaster with CBS. Beyond that, however, Tony Romo will continue to hold a special place in the annals of NFL greats. No, not the Hall of Fame, but an even more prestigious distinction few can ever claim to have earned. Tony Romo made a difference. He will be missed.