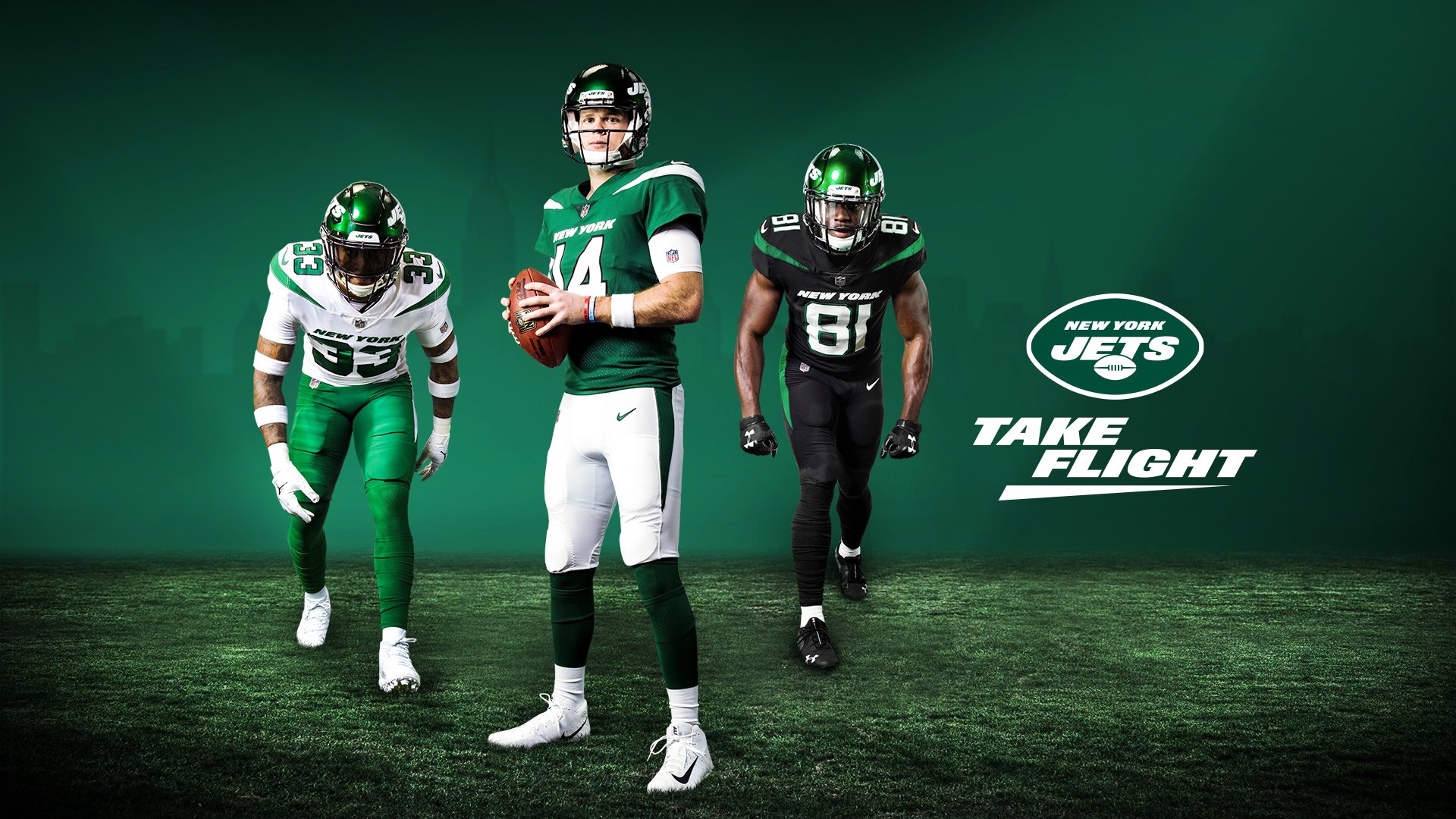 
The New York Jets have officially revealed their brand-new team uniforms, along with an apparent new logo for the franchise. The team also revealed the new tagline/motto, “Take Flight”.

You can watch the stream of the jersey reveal here:

The wait is over.

Watch LIVE as we announce #JetsNewUnis from Gotham Hall in NYC. #TakeFlight
https://t.co/bhwyYXXmdx

The helmets appear to have a chrome-like dark green look to them, pairing nicely with the home green, white away, and black alternate uniforms. For the black uniforms, which are officially called “Steal Black”, the dark green helmets reflect in a way that should make it look like an all-dark look.

Developed to captivate and electrify. #TakeFlight

Built to perform on the biggest stage. #TakeFlight

And another look at “Stealth Black”:

Inspired by the toughness and grit of New York. #TakeFlight

The Jets are trying to usher in a new era under second-year quarterback Sam Darnold and head coach Adam Gase (formerly of the Dolphins), and at least in terms of fashion, we’ll now have to get used to seeing the franchise differently on Sundays.