Home / frontnfl / The NFL And “Tanking” 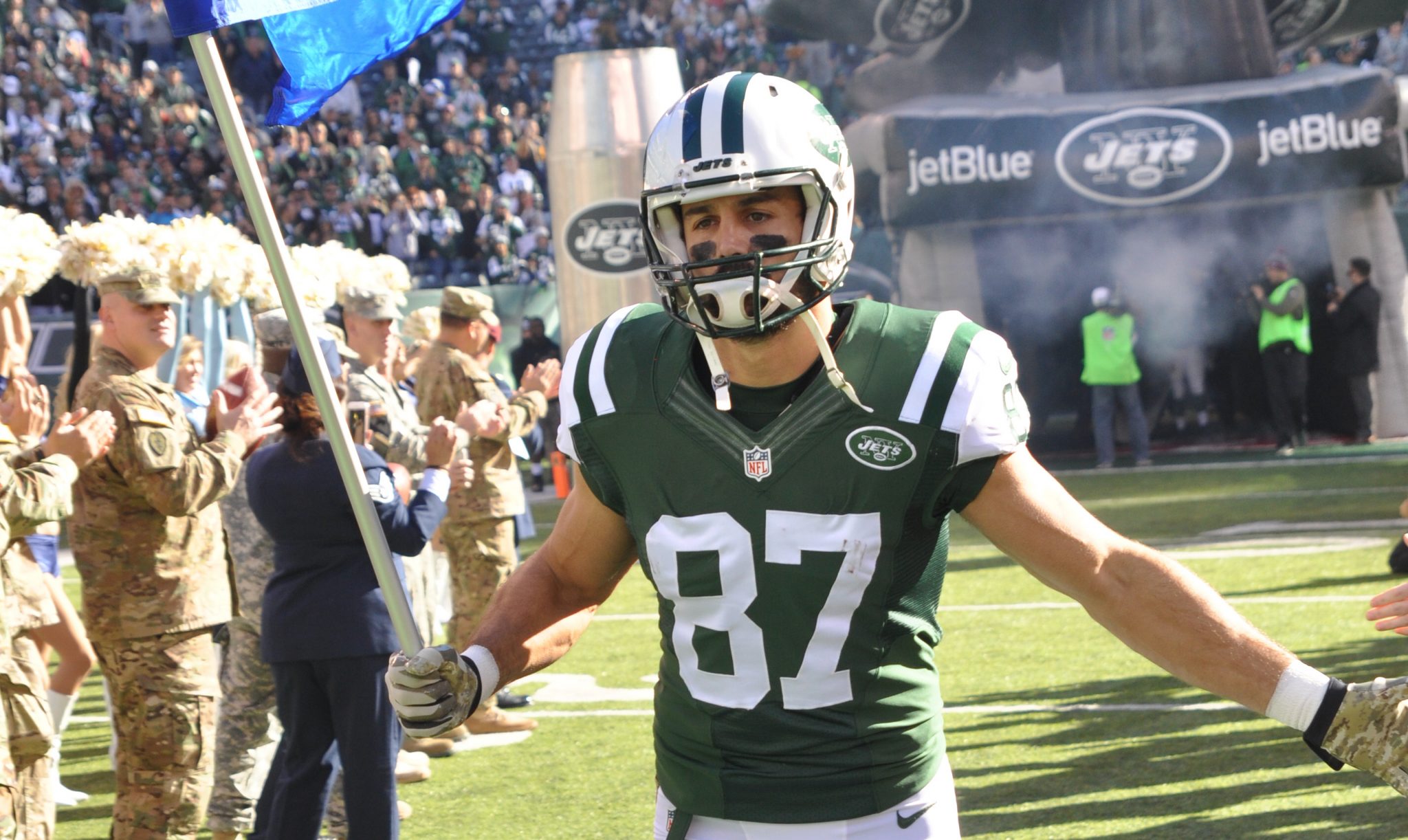 The NFL And “Tanking”


If you haven’t been following the Cleveland Browns closely for the past year (and if you’re the kind of person who likes having joy and positivity in their life, then you probably haven’t), you’d probably think it’s been business as usual for the NFL’s most depressing franchise. They brought in a new coach last year (their fifth in the past eight seasons) and stumbled to a 1-15 record—dead last in the league—while shuffling through three different starters at quarterback. They endured a brutal 14-game losing streak to open the season, and saw their free agency gamble on the oft-injured Robert Griffin III backfire in a painful but predictable fashion. That’s all par for the course for Cleveland; since their last winning season back in 2007, they have used seventeen different starting quarterbacks and posted a downright horrifying .358 winning percentage. But unlike most of the miserable teams that Cleveland has fielded in that stretch the 2016 iteration had an excuse for all the losing—they were never trying to win.

If you’re a fan of basketball, hockey, or baseball, then you’re probably already familiar with the art of tanking—that is, of teams bottoming out intentional to secure high draft picks. It’s been a hot topic over the past few seasons as franchises like the Houston Astros, Chicago Cubs, Buffalo Sabres, and most notably the Philadelphia Sixers have blatantly torched their own rosters in the hopes of landing a superstar (or several) in the draft. While many people in the sports community hate tanking and believe that it tarnishes the integrity of the league in question, no one doubts anymore that it can be effective—the Cubs are coming off a World Series victory, the Astros have the best record in baseball through the first three months, and the Sixers have landed a trio of franchise-altering prospects in Joel Embiid, Ben Simmons and Markelle Fultz. Given all those success stories, it was probably inevitable that the practice would eventually bleed over into the NFL, and that’s where we find ourselves today. The Browns pulled football’s first full-on demolition job last year and the Jets appear to be following suit—they shed almost every veteran with a pulse this offseason and brought in seven-team veteran Josh McCown to start at quarterback despite the availability of higher-upside options like Jay Cutler and Colin Kaepernick. You can see the logic for the Jets—someone like Cutler might raise their ceiling from four or five wins to around eight or nine, but how much better is that really? They’re a longshot for the playoffs either way; might as well aim for a high draft pick and hope that a quarterback like USC’s Sam Darnold or UCLA’s Josh Rosen can turn into the true franchise savior that Cutler or Kaepernick won’t be. A few seasons of pure misery is in many ways less painful than eternal mediocrity. And unlike in basketball and hockey, NFL teams don’t have to worry about a draft lottery—the team that finishes last gets the first pick, no questions asked.

I’m not going to get into the ethical debate around tanking and whether it is an affront to the dignity of the league—you probably already have an opinion about that and I doubt I will be able to change it. But the NFL is a very different landscape from the NBA or MLB, and a tanking trend could trigger complications that we haven’t seen in other sports leagues. For example:

Individual Players Aren’t As Valuable In The NFL

In basketball and hockey, getting your hands on a superstar changes the whole trajectory of a franchise—note that the best player in hockey has now appeared in two straight Stanley Cup Finals, while basketball’s best player has featured in the last seven NBA Finals. When basketball and hockey teams tank, it’s with this knowledge at the forefront of their minds: as much as teams fret over roster depth and cap management, nothing is more important than finding the next Crosby or LeBron. In the NBA in particular, a single superstar can be worth as much as 15 to 20 wins by himself—think how bad the Thunder would have been this year without Russell Westbrook, or the Wizards without John Wall. In football, the nature and structure of the game make it essentially impossible for any player to have that kind of impact on his team, outside of a few truly elite quarterbacks. J.J. Watt is the most dominant force in professional football, but he has played in just five playoff games in his career and never even sniffed a championship; as good as he is, he can only do the job assigned to him.

This raises two problems for potential tankers. First of all, nailing a first round pick or two isn’t likely to turn the franchise around unless you land on the next Manning or Brady (and guys like that don’t come along very often)—building a contender in the NFL takes years and years of good personnel decisions. And second, it just isn’t possible for football teams to engage in a full-on controlled demolition the way teams like the 76ers have done it. You have 22 starting spots to fill on an NFL team, and the more talent you get rid of, the longer it will take to restock. Tanking football teams will have to walk a fine line, trying to finish near the bottom of the league without digging too deep a hole to dig out of.  And to make that task even tougher…

There Is A Lot Of Variance In A 16-Game Season

…you might end up accidentally having a pretty decent season anyway. The NFL has by far the shortest regular season of any of the major sports leagues, which means randomness is a much bigger factor in the standings. You’ll see teams in the other sports go through fluky hot or cold stretches throughout the course of the year, but the schedule is long enough that overall quality usually shows through—a bad baseball team can look like a good one for 15 or 20 games, but generally not for 162. In football, however, even a short streak of particularly good or bad luck can have a huge effect on the outcome of the season. I mentioned earlier that the Jets signalled their intentions to punt on the 2017 season by signing Josh McCown, who has been a replacement-level quarterback for his entire career…except for that random 7-game stretch in 2013 when he racked up 1809 yards and 13 touchdowns while posting a 66.8% completion percentage and 0.4% interception rate. One little hot streak like that and the Jets can say goodbye to their dreams of drafting Darnold or Rosen. So that’s the dilemma for an NFL team attempting a tank-job: if you go overboard you could end up crippling the franchise for years, and if you don’t go far enough you may not end up bottoming out at all.  And while we’re talking about the short schedule…

This is already a little bit of an issue given the way the NFL schedule and playoff system are structured. Every NFL division has four teams, and every team plays each of its divisional rivals twice over the course of the season, meaning that every team plays 37.5% of its games within the division. As you might imagine, this makes playing in a weak division one of the biggest advantages a team can have in the playoff race, and tanking has the potential to make that problem much worse. Take the AFC East, where the Jets have seemingly committed to a painful rebuild. Imagine for a second that after the 2017 season, Buffalo gives up on Tyrod Taylor and decides that the best course for their franchise is to bottom out and try to land a star quarterback at the top of the draft. That would mean that the division’s other teams—the Patriots and Dolphins—would get to play a full quarter of their schedule against teams that have little intention of trying to win. Four extra wins is a big deal—it could be the difference between the #1 seed and missing the playoffs entirely, and it would be hugely unfair to the teams in an ultra-competitive division like the AFC West who would be facing a much tougher path to the postseason. If tanking really becomes a popular strategy, it could force the league to revamp the playoff system or even the whole divisional structure.

Tanking Could Be Dangerous For Players

The Philadelphia 76ers are the poster child for tanking in modern professional sports, and they were certainly thorough about it—in the early stages of their rebuild, they would frequently trot out starting lineups that didn’t feature a single NBA-caliber basketball player. Those teams got stomped repeatedly, sure, but the guys in Philly uniforms had little reason to complain—many of them never would have gotten a chance to play in the NBA otherwise (and it wasn’t hard to see why). In the NFL, it’s a different story—football is a brutal and dangerous game, and putting unqualified players on the field means putting them at risk of serious injury. There’s no real harm in sending replacement-level baseball or basketball players out on the field and letting them get pummeled all year, but in football the pummelling isn’t metaphorical; it would be downright irresponsible to send a quarterback out onto the field to play behind a bunch of offensive linemen who have no business starting in the NFL. He would be in danger on every single snap, and even if he avoided any serious physical injuries, he might never recover from the psychological toll. Anybody remember David Carr? He was the inaugural draft pick of the Houston Texans franchise back in 2002, and they selected him with the hope that he would become a star. But Houston hadn’t invested any resources in protecting him yet, and as a result his rookie year was a festival of torture behind one of the worst offensive lines in NFL history. Carr was sacked an astounding 76 times, the constant pressure permanently stunted his development, and he never panned out as an NFL quarterback.  Even if you draft your dream quarterback, you can still ruin his career by throwing him into the fire without an adequate supporting cast.


So that’s the challenge for teams trying to tank in the NFL—you have to walk an incredibly fine line between a little too good and dangerously bad. You have to guide your team to the top of the draft while maintaining enough of an infrastructure of talent to rebound once you’ve landed your prized prospect(/s). If it doesn’t work out, you could doom your franchise to years of losing. Of course, fans of teams like the Jets and Browns are used to losing anyway—it must at least be nice to know that now they are losing with purpose.