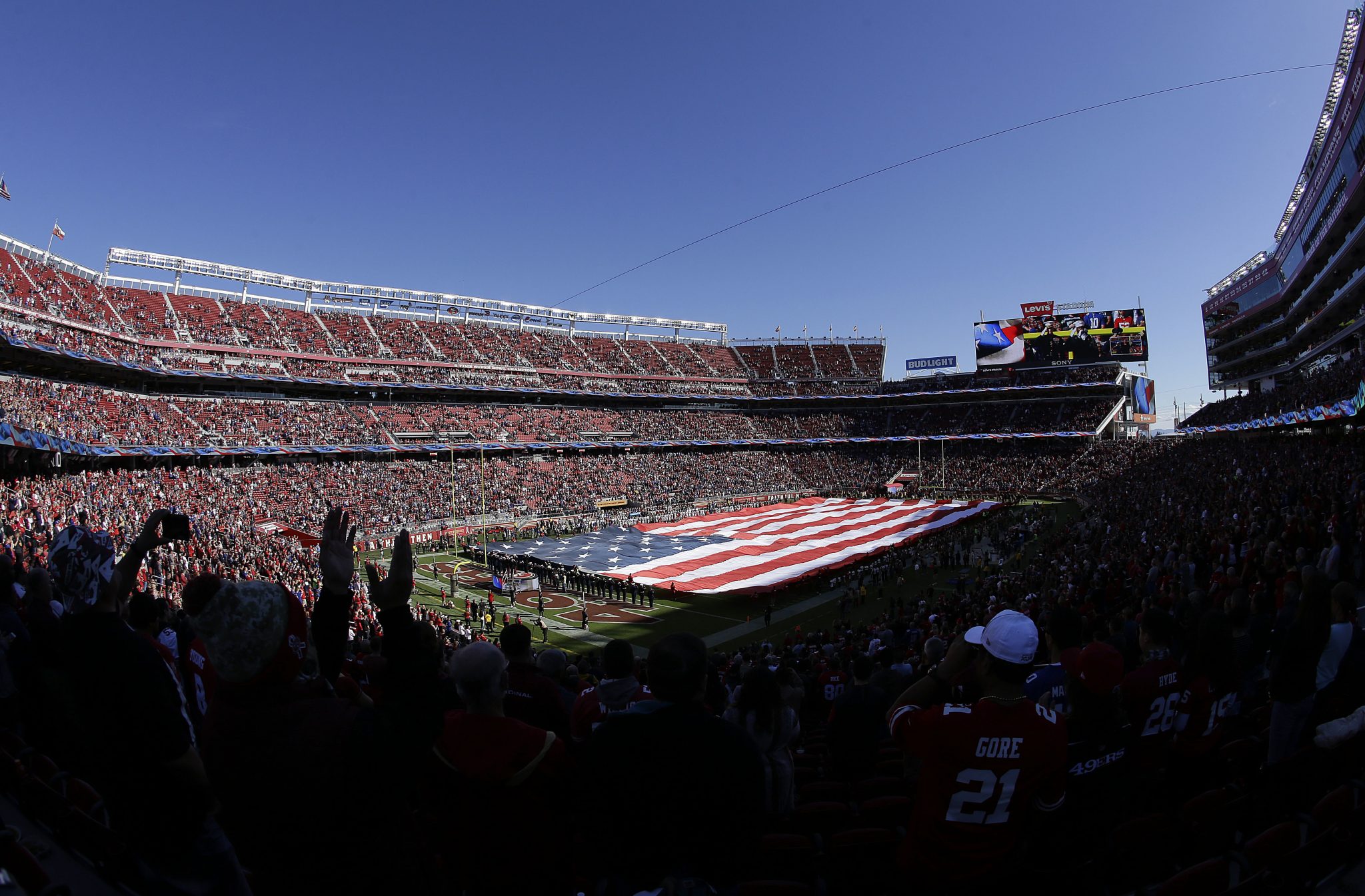 The NFL’s New National Anthem Policy Is More Than Fair


This morning, the NFL owners unanimously passed a new policy regarding the Anthem, but not everyone is happy about it.

In part, the statement about the new policy reads: “This season, all league and team personnel shall stand and show respect for the flag and the Anthem. Personnel who choose not to stand for the Anthem may stay in the locker room until after the Anthem has been performed.” The full statement can be read here.

The biggest opposition to the new policy is apparently the players themselves, and the NFLPA tweeted out a response to the policy change:

I’m not sure who crafted that statement and how many players stand behind it, but what more did they want? The new policy doesn’t force anyone to stand for the Anthem, which is something that the NFL—a private business—could have easily done if they wanted to (and I think they should have).

Plus, the NFLPA should be happy that Commissioner Goodell caved into the prevailing “wisdom” from those who kneeled that it wasn’t about disrespecting the flag, as he said in his statement: “It was unfortunate at on-field protests created a false perception among many that thousands of NFL players were unpatriotic. This is not and was never the case.”

In fact, that was exactly the case according to kneeling pioneer Colin Kaepernick, who said when he first refused to stand, “I am not going to stand up to show pride in a flag for a country that oppresses black people and people of color.”

That is quite literally the definition of disrespecting the flag; he essentially says so himself.

So, while the NFLPA is viewing this as a loss, it should be considered a win for them—if certain players don’t want to stand for the Anthem, they don’t have to.