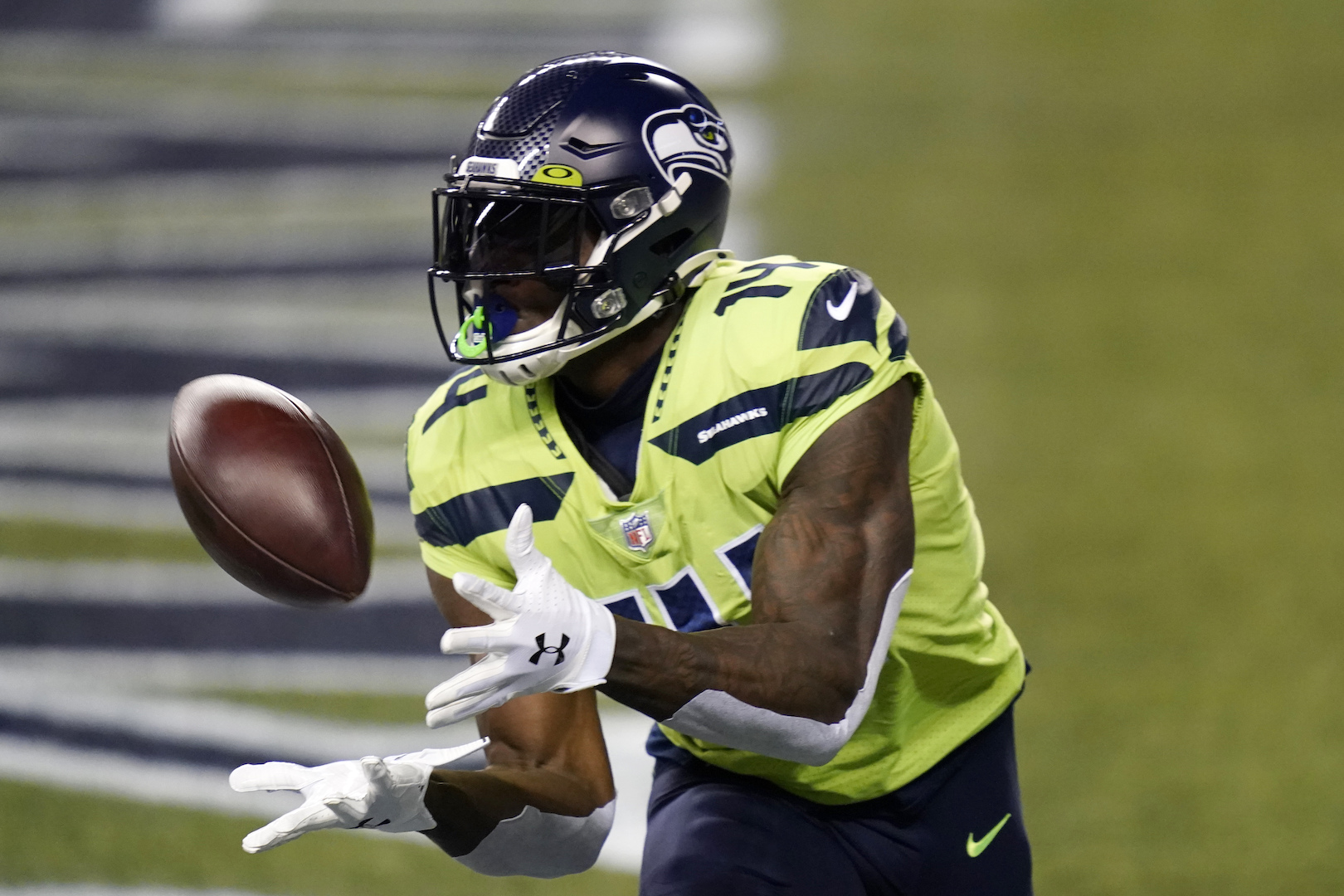 The Philadelphia Eagles Should Try To Trade For DK Metcalf


The Seattle Seahawks trade of Super Bowl-winning quarterback Russell Wilson to the Denver Broncos was a stunner, shaking things up around the NFL in a major way. Pete Carroll and the Seahawks are not likely up for a big rebuild, but a re-tooling of sorts could mean that more big moves are made—with DK Metcalf and Tyler Lockett being potential trade targets for other teams. For Metcalf in particular, the Philadelphia Eagles should take a long look at bringing in the former second-round pick that was sitting there for them in the draft a few years ago.

Make up for past mistakes

Let’s start with one that fans might be joking around about on social media, but that I believe Howie Roseman is seriously factoring in for a possible trade for Metcalf. Roseman passed on Metcalf multiple times in the 2019 draft, and he might try to rectify that to some extent by trading for him now. To be fair, a bunch of other teams also missed on Metcalf. But the Eagles had a clear need at receiver and not only missed out on Metcalf (which, again, many teams did; and there were some reported medical concerns for the uber-talented receiver) but also on college teammate and current superstar receiver A.J. Brown, who also went in Round 2 and was arguably even more of an egregious miss by Roseman. Overall, it felt like the DeVonta Smith selection last year was almost an appeasement to fans in making the obvious selection. A trade for Metcalf would be more of the same in that regard.

If Metcalf is indeed traded by the Seahawks, there isn’t a team that makes more sense than the Eagles. More would probably have to be added into the deal, but a base of a first-round pick in the teens makes a ton of sense (I would say more so than a top-ten pick, like each of the New York teams have two of), and Philadelphia has three of them. I think a first-round pick (No. 15 is their highest one) and a third-round pick might be enough to entice Seattle to make the deal. And the Eagles would still have two first-round picks to add a couple of promising young top-20 players in what looks like a deep draft.

The number two receiver spot for the Eagles is their clear biggest need on offense entering the offseason. Quez Watkins has shown flashes, but he and former first-round pick Jalen Reagor have simply not been consistent enough in making an impact to feel highly confident in them as difference-makers when you go up against top defenses in the league and/or when you might need to get into a shootout with some of the best teams. Maybe Watkins can develop more as a receiver and Reagor can get on track as a former first-round pick, but Metcalf would obviously solve the issue of needing a No. 2 receiver to stress defenses on every snap.

The Eagles already have a star receiver talent in 2021 first-round pick DeVonta Smith. The numbers (64 receptions for 916 yards and five touchdowns) might not have lit the league on fire as a rookie, but Smith has clearly shown he can separate and get open on all three levels against NFL defenses. Metcalf would be a natural complement to the former Heisman Trophy winner. Both Smith and Metcalf have shown they can play all over the formation, and it can become a nightmare for opposing defenses trying to track both of them along with emerging tight end Dallas Goedert and a staple of running backs—not to mention Jalen Hurts’ ability as a runner. Again, Smith can get open against just about anyone; but if you double him, Metcalf can burn coverage on the other end. And if defenses want to double Metcalf, Smith and others could have a field day.

This brings us finally to the fact that the NFC looks wide open as a conference, especially compared to a stacked AFC that just added Russell Wilson. The Rams are one of the weaker defending champions in recent memory in my opinion, but they and the Packers look like the two biggest Super Bowl contenders (with the 49ers and new starting quarterback Trey Lance also looming). However, Philadelphia has an opportunity to instantly become a contender within the conference given the capital that they possess. More moves during free agency and later in the draft will also be key, but just bringing in Metcalf and hitting on two of the remaining first-round picks they would presumably still have at their disposal could lead to a massive and quick boost in high-end talent on the roster. Suddenly, a team that should again have one of the best offensive lines and run games in the league, paired with a playmaking quarterback and two premier weapons on the outside—and a defense that should improve, especially if they add more talent this offseason—would not be a group to sleep on in 2022. Whether Roseman can be trusted is another story, but the Eagles are currently in a spot where the right moves can get them back into the Super Bowl coming out of a relatively weaker conference.