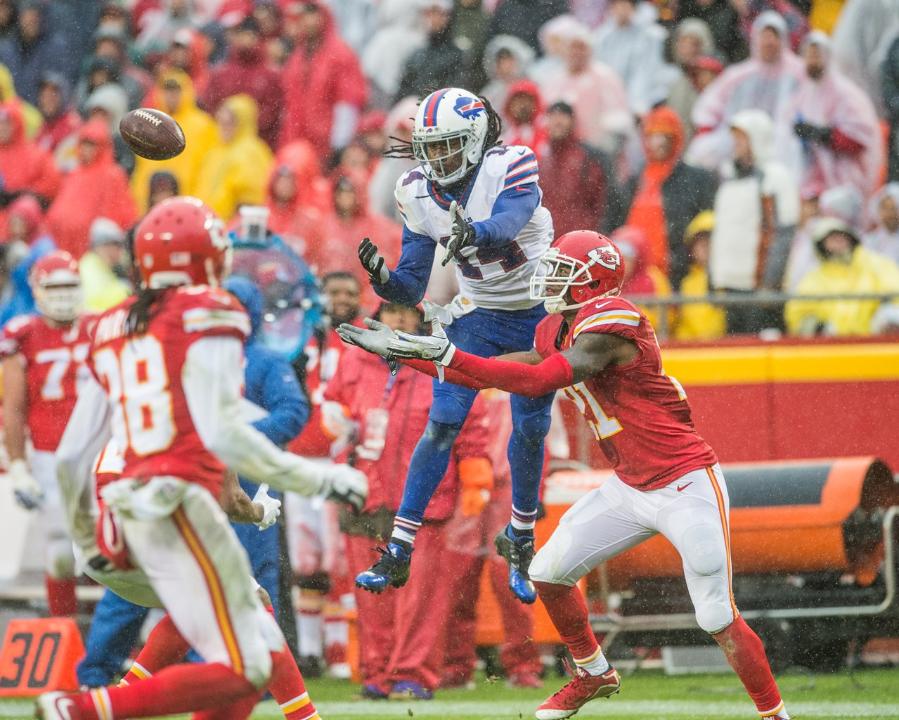 The Rams Might Have Gotten A Steal By Acquiring Sammy Watkins


Today was an uncommon August day for the NFL. One of the best players on one of the most popular teams was suspended for nearly half the season, as the NFL handed down a six-game suspension to Cowboys running back Ezekiel Elliott. The suspension has been the big talk of the day, but I believe something else should be getting talked about more: The Los Angeles Rams acquired a potentially elite player in a trade.

Blockbuster trades don’t happen too often in the NFL, but one happened this morning when the Buffalo Bills traded receiver Sammy Watkins and a 2018 sixth-round pick to the Los Angeles Rams for a 2018 second-round pick and cornerback E.J. Gaines. Simultaneously, the Bills acquired a 2018 third-round pick and receiver Jordan Matthews from the Philadelphia Eagles for cornerback Ronald Darby, but we’re going to focus on the Watkins trade.

A few years ago, the Bills traded the ninth overall pick and a 2015 first- and fourth-round pick to the Browns to trade up to the fourth overall pick and selected Sammy Watkins in the 2014 NFL Draft. A dynamic 6’1” receiver out of Clemson, Watkins was taken ahead of Mike Evans, Odell Beckham Jr., and Brandin Cooks—among others—in a draft stacked with receivers.

Since being drafted in 2014, Watkins only played all 16 games once—his rookie season. In 2015, Watkins played 13 games and had his best season. Then last season, Watkins dealt with, and tried to play through, a broken foot that limited him to eight games.

Durability is the best type of ability, because you need to be on the field to make an impact; but it’s hard to blame Watkins for dealing with a broken foot and toughing it out to be on the field with his team. He could have easily shut it down last season and get healthy for 2017, but he decided to come back and play. I give Watkins a ton of credit for doing that and finishing the year, even with his team out of playoff contention.

It seems because Watkins broke his foot, the Rams got a huge discount to acquire him. If the Rams traded a first-round pick for Watkins, I thought it would have been a great deal for them. Maybe wide receiver isn’t the most important position on the field, but Watkins has gamebreaking ability, and I credit the Rams for going out and getting him. And I wonder if other teams are kicking themselves for not making an offer to Buffalo for the former Clemson star.

Watkins’ best season in 2015, when he was healthy for 13 games and first had Tyrod Taylor as his quarterback, is comparable to many of the top receivers in the NFL. Let’s take Odell Beckham Jr., who was taken eight picks later by the Giants.

Watkins had 1,047 yards and nine touchdowns on only 96 targets. That comes out to 10.9 yards per target, which is an amazing number. Beckham averaged 9.2 yards per target in 2015, and the number was even smaller (8.1) last season. Even Beckham’s earth-scorching rookie season was almost a yard less per target, at 10.0 yards.

I think it’s clear the Rams got a premier talent when they traded for Watkins today. He’s a receiver that does it all as a balanced receiver with great traits—speed, acceleration, hands, route-running ability, size, RAC ability, and toughness.

Here, Watkins shows his superb athletic ability when he runs right by the corner and throws his hand up (like Randy Moss). From there, he just goes and gets the ball.

His acceleration really stands out, as it was obvious even during his time at Clemson that he has an uncommon second gear when going for deep balls. It’s difficult to overthrow Watkins.

On this play, Watkins uses all hands to catch a slant, then quickly cuts through two defenders before he is off to the races for a touchdown.

Watkins also excels at jump ball situations. If given the opportunity, there’s a good chance he comes down with it. Against the Chiefs in 2015, Watkins went up over 6’3” corner and snatches the ball in the end zone for six—and he made it look easy.

There’s a reason Watkins was the first receiver selected in the 2014 draft. Just watch him play—he has elite ability. He can play in any offense, and I’m really looking forward to seeing what Sean McVay will do with him. And Jared Goff should be one of the happiest people today, as he gets a brand new bonafide number one receiver.

I’m not saying he’s Julio Jones, who I believe is the best receiver in the NFL, but Atlanta gave up a bunch of picks to move up for Jones in the 2011 draft—and if they could do it over again they would probably give up that and more for Jones. In a few years, we might be saying similar things about what the Rams gave up for Sammy Watkins.