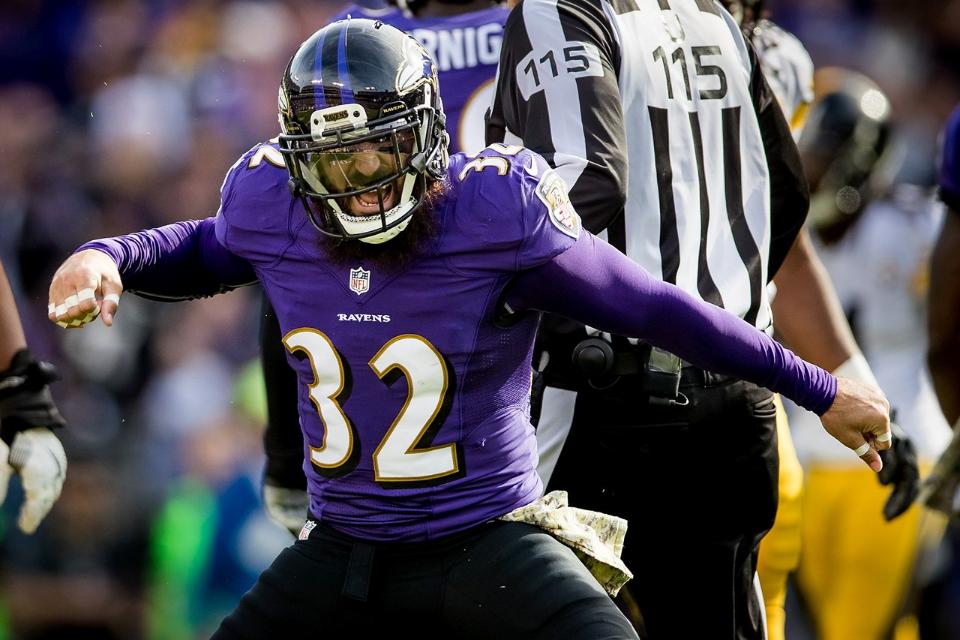 The Ravens Might Bounce Back In A Big Way This Season


The Baltimore Ravens have an intriguing situation as they enter a pivotal season that might determine the near future of the franchise. Coming off a disappointing 8-8 season in which the Ravens looked poised to make a playoff push as late as Week 15, Baltimore has set itself in a gridlock with itself. Unfavorably large contracts and draft busts have wrecked the promising Ravens since their miraculous Super Bowl run in 2013. Prime Joe Flacco years have gone wayside due in part to poor receiving corps and no starting-caliber running back while the defense has struggled with its identity and haven’t had lockdown play since the departure of all-time greats like Ed Reed and Ray Lewis. Yet, the Ravens somehow manage to stay relevant every year, knocking on the door of AFC goliaths in New England and Pittsburgh.

The Ravens have put themselves in a troublesome situation. Given the cap situation, the Ravens have a very inflexible roster. Joe Flacco’s massive contract continues to eat up space ($6M in guaranteed money with a $24M cap hit) that inhibits the team’s ability to sign necessary free agents, while contracts to age-old veterans Jimmy Smith ($8.5M guaranteed, $12.5M cap hit) and Terrell Suggs ($4M guaranteed, $7M cap hit) have not seen full fruition due to injuries. The Ravens cut many players and took $18M in dead money, with a third coming from Eugene Monroe and the unfortunately-injured Dennis Pitta. Paired with the cap space, there may not have been a team more stung by injuries that the Ravens the last two years. They lost significant playing time from Suggs, Orr, Flacco, Steve Smith, Jimmy Smith, and Pitta to just name a few. Usually the solution to injury is depth, which the Ravens have lacked in recent years. General Manager Ozzie Newsome has whiffed on a few key draft picks in recent years, with Ronnie Stanley and Maxx Williams not as bright prospects as they once were, the massively disappointing Matt Elam, and injury-plagued Breshad Perriman that would have provided much needed-depth. Nonetheless, Ozzie has taken a beautiful approach towards a team that is on the brink of a rebuild, positioning them for a 2018 playoff push.

The Ravens silently had a terrific offseason in 2017. The team let go of safety Matt Elam, while upgrading the safety spot with Tony Jefferson. While the loss of Pitta will be felt, the Ravens are in a stockpile of tight ends that can produce. Veteran Ben Watson is returning from Achilles injury and should be ready to produce at a high level, while up and coming Crockett Gilmore and Nick Boyle have promising futures. The Ravens also said their goodbyes to fan favorite Steve Smith Sr. to retirement, leaving a decimated receiving corps. While fans chirped for the team to add a high-profile receiver, Ozzie sat back quietly and bolstered his roster at other positions first. Running back Danny Woodhead is a neat pickup for the offense that gives Flacco a nice pass-catching outlet while giving the Ravens a much-needed starter in front of incumbents Terrance West and Kenneth Dixon. The Ravens got rid of cornerback Shareece Wright and outside linebacker Elvis Dumervil, and replaced them with other role players like Brandon Carr. They re-signed defensive back Lardarius Webb and nose tackle Brandon Williams, big contributors on a stingy defense.

During the 2017 NFL Draft, the Ravens continued to plug holes and add depth in their secondary with first rounder Marlon Humphrey, who fell from a potential top 5-10 pick down to number 16 overall. Humphrey will provide another starter across from solid Jimmy Smith, and they now have Carr and Webb to cover the slot. In the second round, Ravens got a Tyus Bowser, big linebacker from Houston who might just resemble his name, to replace Zachary Orr. Third-round pick Chris Wormley adds depth at the front line that can pressure the opposing quarterback with his agility and strength.

While on paper, all the Ravens acquisitions are smart and look promising, none of them might excite fans more than the recent signing of receiver Jeremy Maclin. Maclin, who was unexpectedly released from the Chiefs, gives the Ravens a great target for Flacco. The Pro Bowler is a proven receiver in the NFL that has great pass-catching ability and speed to flourish in this offense. With fellow speedsters in Perriman and Wallace, Maclin will give another layer of depth at the receiver position. Flacco had struggled without another playmaker in this offense the last few years. When Steve Smith was healthy and on the field, the offense flowed better than without him. If we go back a few more years, the presence of Anquan Boldin took this team to an elite level behind a feisty defense and run game. Maclin will provide that level of boost to this team.

Ozzie Newsome has made good moves. It looks like this year’s team is structured on building a rock solid, shutdown defense first before revamping their offense. The Ravens almost rode their top-ten defense to the playoffs a year ago. Their top-five rush defense will bring back all of their productive starters and add depth to their secondary, which ranked ninth in the league. Adding more playmakers will make it tough for opposing quarterbacks to dissect their secondary or run on a vaunting line. Given the rise in elite quarterbacks in the AFC, the Ravens are looking to play to their strengths to remain competitive. The additions of Woodhead, Watson, and Maclin, along with Wallace, will give Flacco as many options as he had during his Super Bowl season. And if Perriman, who finally has a healthy offseason since entering the NFL, can stay healthy, he will give defenders who cannot match his speed a lot of trouble

Aside from the moves, Ravens look to benefit from a relatively soft schedule. Ravens have two games each against a reeling Bengals team and the bottom-of-the-league Browns, while playing against unproven Jacksonville and Chicago teams. The Titans and Colts are young teams that Baltimore will look to have the veteran advantage over. The moves on defense should give them the upper hand against the Lions, Texans, Vikings, and Dolphins, all who have large weak spots on their rosters offensively. The Ravens can easily win ten games this season and take the AFC North throne from the Steelers.

While quietly building a solid team that will take many by surprise, the Baltimore Ravens are positioning themselves to create a strong playoff team that can battle any team on any given Sunday in January.