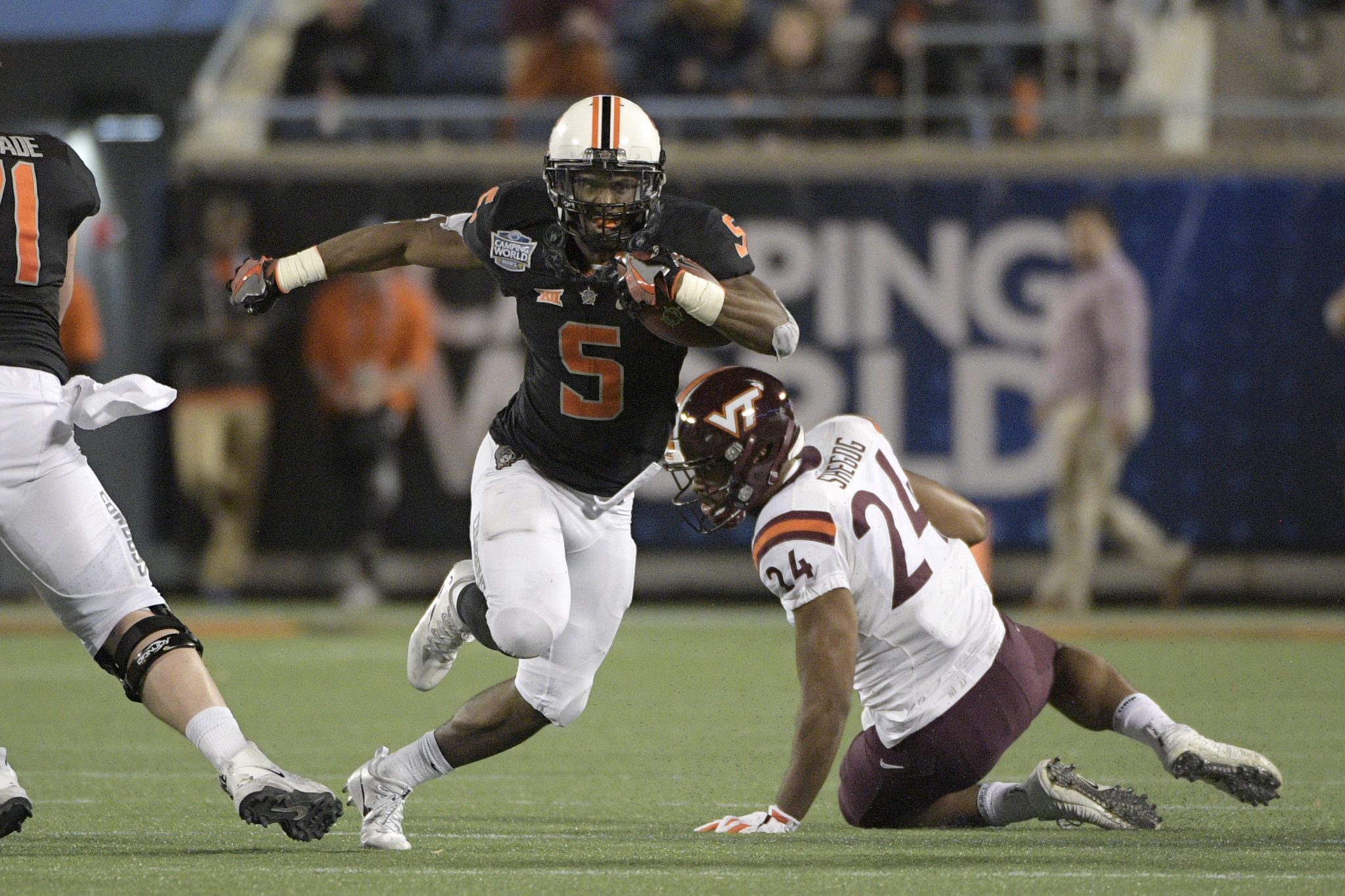 
There were ten prospects still available on Day 3 of the 2019 NFL Draft that I wrote up a scouting report for, so there might be some big-time steals for next season and beyond.

Arizona had already drafted a wideout when they took Andy Isabella in the second round, but Hakeem Butler was likely deemed too good a value to pass up with the first pick of Day 3. The monster receiver prospect is over six-foot-five with 35-inch arms, and he could be deadly in Kliff Kingsbury’s four-wide sets alongside Larry Fitzgerald, Christian Kirk, and Isabella.

Sean McDermott’s defense is already set in the secondary, but don’t be surprised if Jaquan Johnson is able to carve out a role for himself sooner rather than later. Based on tape, I thought Johnson might have been the most intelligent overall player in the draft, so Buffalo should be thrilled to have him as a third safety to let them potentially do more things with Micah Hyde and Jordan Poyer.

In previous years, some players that I had much higher than NFL teams include a couple defensive backs—namely Desmond King (2017: ranked No. 43 overall; drafted No. 151 overall) and Levi Wallace (2018: ranked No. 77 overall; undrafted), with the former turning into a First-Team All-Pro for the Chargers and the latter working his way into the starting lineup in Buffalo. Love can follow a similar path as an “undersized” corner with great natural cover ability.

It’s rare to find a clear and immediate starter in the sixth round, but Miami might have done just that with Prince, who could be the long-term bookend with left tackle Laremy Tunsil. Last season at Ohio State, Prince was able to shutdown the highly-touted combination of Chase Winovich (drafted No. 77 overall) and Rashan Gary (drafted No. 12 overall), and he has all the traits to turn into a star for a rebuilding Dolphins team.

As just alluded to, traits are key when looking for diamonds in the rough on Day 3, and Oruwariye has the size and athleticism to be an all-around cornerback in Matt Patricia’s defense. While he is currently better in zone coverage than man coverage, there’s no reason to believe Oruwariye—who had a very impressive 6.82-second time in the 3-cone drill—won’t be able to be dominant at both if he reaches his full potential.

Poor team interviews apparently played a role in Gardner-Johnson falling, but if he rubbed people the wrong way based on arrogance, Sean Payton and the Saints have embraced that more than anyone in recent years. Whether it’s as a deep safety, box safety, or dropping down to defend the slot, the versatile defensive back should bring plenty of playmaking ability to a defense that continues to improve.

Not only did Baltimore get a steal in McSorley, but the all-time winningest quarterback in Penn State history likely landed in the perfect landing spot with the Ravens. I viewed Lamar Jackson as a top-ten prospect last year, but his play style might not be sustainable for the long haul, and McSorley could easily find himself in a Dak Prescott-like situation (i.e. enter camp as the No. 3 quarterback before vaulting all the way to the starting job due to injury) if given meaningful preseason reps.

Chidobe Awuzie was solid last season for the Cowboys, but Jackson profiles as a shutdown boundary corner in the mold of Xavier Rhodes with long arms, 4.45 speed, and a 40.5-inch vertical. The emerging Dallas defense could be flat-out scary if Jackson eventually starts on the perimeter with Byron Jones (44.5-inch vertical) on the other side.

The Ravens are basically going to be the anti-Cardinals by repeatedly running the ball in what should be a very creative offense, so there could be a role for Hill as a blazing compliment to grinder Mark Ingram. And while Hill might seem to profile as more of a finesse runner, he is actually better making people miss in close quarters than in space, which fits Baltimore’s versatile ground attack.

It was great to see Bryce Love get picked earlier than many anticipated as he recovers from a torn ACL, but it could still be an absolute steal for Washington if he’s able to get close to his 2017 form when he rushed 263 times for 2,118 yards (8.1 YPC) and 19 touchdowns. The return of Derrius Guice from a torn ACL of his own hasn’t been smooth, but once Adrian Peterson finally hangs up his cleats, the Love-Guice backfield should be great if they can both get healthy.