Home / frontnfl / Thomas Rawls Is Ready To Make An Impact 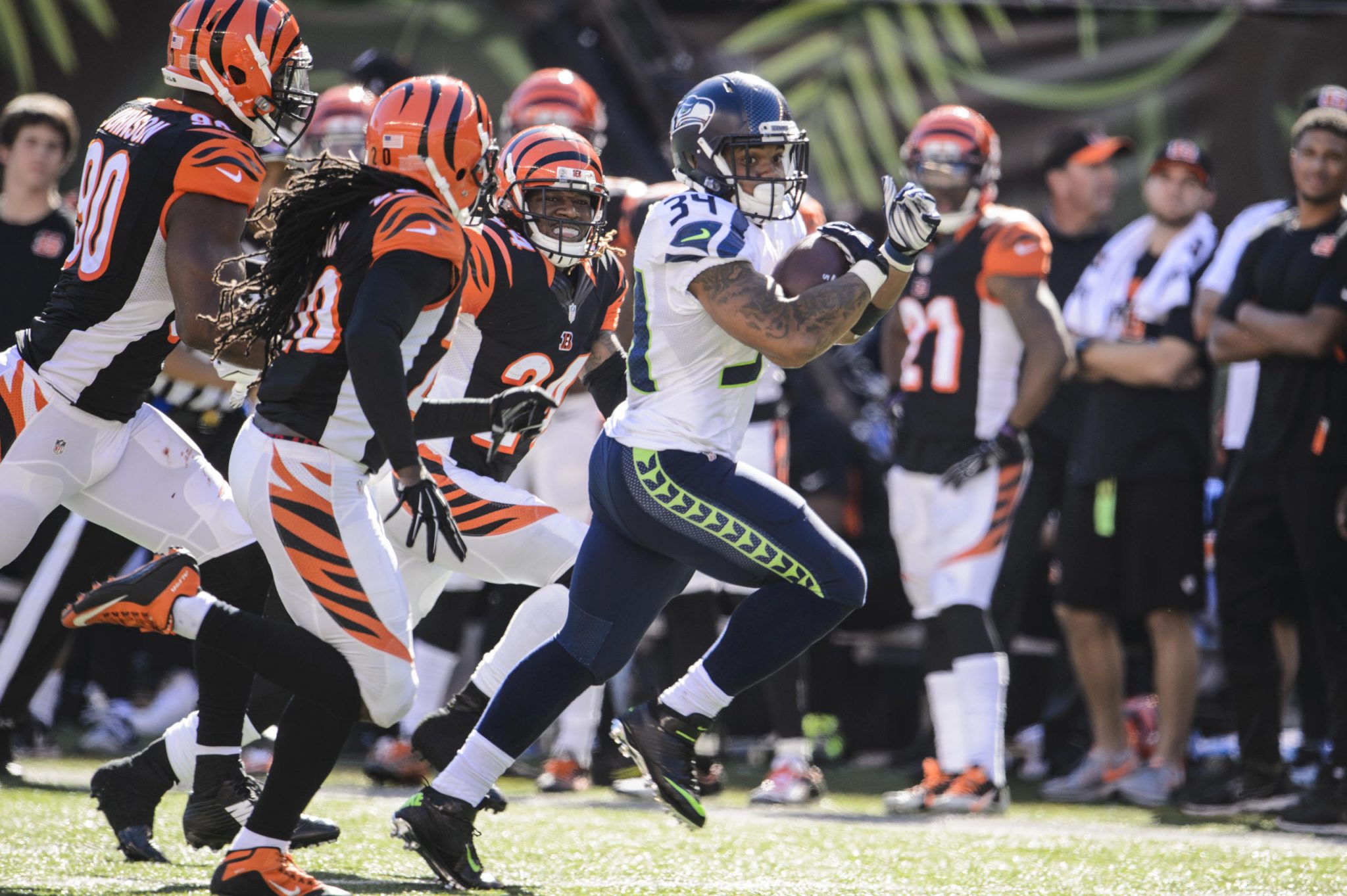 Thomas Rawls Is Ready To Make An Impact


The Seattle Seahawks—the current second seed in the NFC—have some reinforcements coming. Of course, their star defensive end Michael Bennett is inching closer to a return. They’ll have one huge boost coming on the offensive side of the ball this week: running back Thomas Rawls.

Rawls has missed the last seven games after leaving Week 2 with a fibula injury, but will return this week against the Philadelphia Eagles. The Seahawks waived leading rusher Christine Michael, showing faith that Rawls is ready to make an impact.

Here are Rawls’ game logs in the games he started last season as an undrafted rookie out of Central Michigan:

Rawls suffered a bad ankle injury in Week 14 that knocked him out for the season and much of the 2016 offseason and preseason. Excluding that last game (he averaged 7.3 yards per carry in the game before leaving), Rawls averaged 119 yards per game in the games he started last season.

For comparison, this year Ezekiel Elliott is averaging 112 yards per game behind the Cowboys devastating offensive line (and 5.1 yards per carry compared to Rawls’ 5.6 last season). Meanwhile, according to PFF the Seahawks had the 29th ranked offensive line in terms of run blocking in 2015.

Thomas Rawls played like one of the top players in the NFL last season. He runs like a beast and rarely goes down easy.

This run in Week 5 of last season against the Bengals showcased Rawls’ ability:

There was great blocking by the offensive line on the play—and the defensive end took himself out of the play—but Rawls shows his ability on the second level of the defense. He uses his excellent acceleration and agility to set up his block from wide receiver Jermaine Kearse, then he turns on the jets and shows major strength by shrugging off Bengals safety Reggie Nelson en route to the endzone.

Rawls brings a ton of physicality to the Seahawks, something that they thrive off:

He shows good hands on this play, as it wasn’t an easy catch. Rawls then gets straight up the field and makes a statement on the Seahawks’ opening drive of the game.

Rawls also has a nose for the endzone, scoring a rushing touchdown in each of his final four full games of last season before getting injured against the Ravens in Week 14:

Rawls shows great vision, strength, and balance on the touchdown run against the Vikings.

Thomas Rawls has it all. He’s going to bring a lot of juice to the Seahawks offense, and will form a nice tandem with rookie running back C.J. Prosise. Watch for Rawls to make a big impact for the Seahawks into January and possibly beyond.