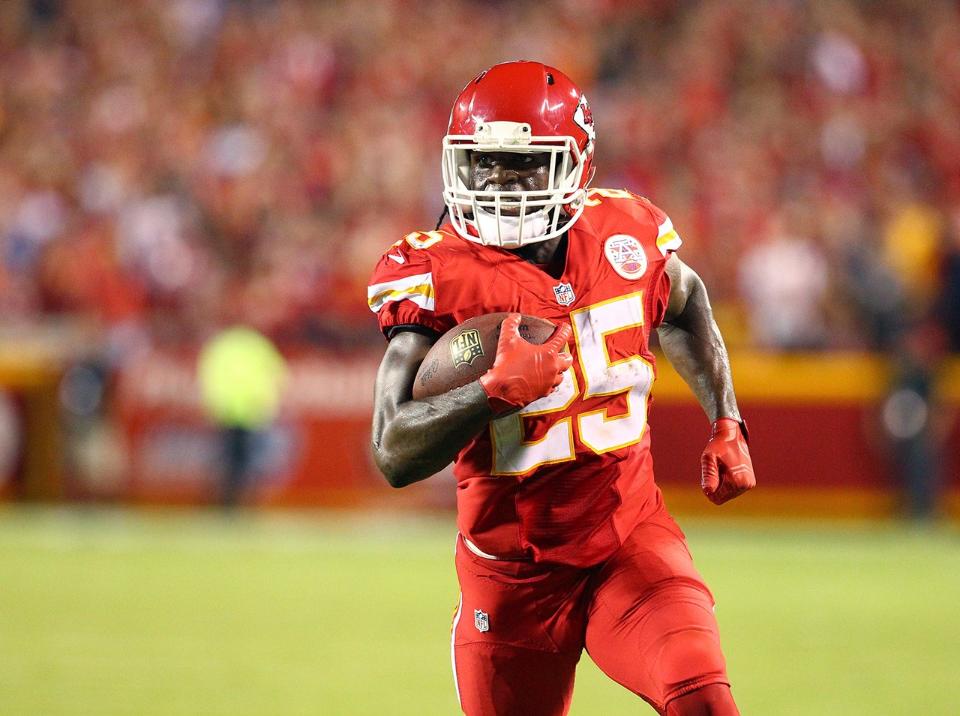 Three NFC East Teams May Be Interested in Jamaal Charles

Today at the NFL Combine, Eagles head coach Doug Pederson seemed very open to having Jamaal Charles on the team. He said they are going to grade him like they do all players, and it’s fair to say Charles will grade extremely well. Of course, Pederson used to be Charles’ offensive coordinator in Kansas City, so the All-Pro running back might like the familiarity with the offense.

Charles reportedly wants to play for a team that is close to a Super Bowl, i.e., a team that made the playoffs last season. I’m not very high on the Giants, but Charles might feel differently. Certainly, adding him to the New York offense would give it a much-needed boost.

The Raiders could always keep their own free agent running back, Latavius Murray, but Charles might actually be cheaper than the 26-year-old Murray at this point in his career. While Charles might not have hard feelings about his release, he still may want to get a shot at his former team twice a year. Like the quarterback of a team later on this list, Derek Carr doesn't mind checking down to his backs.

This might work because Charles only needs like ten carries to make a huge impact. He’s by far the all-time leading running back in terms of yards per carry (5.5), and the Cowboys offensive line would open up some massive holes for Charles. Even if he got limited touches, Charles could rush for 1,000 yards behind Ezekiel Elliott and have a real shot at a Super Bowl.

If Charles comes cheaper than Adrian Peterson, the Vikings may elect to go this route. As perhaps the best receiving back in the NFL alongside Le’Veon Bell and David Johnson, Charles would mesh well with Sam Bradford, a guy that doesn’t mind throwing to his running backs.