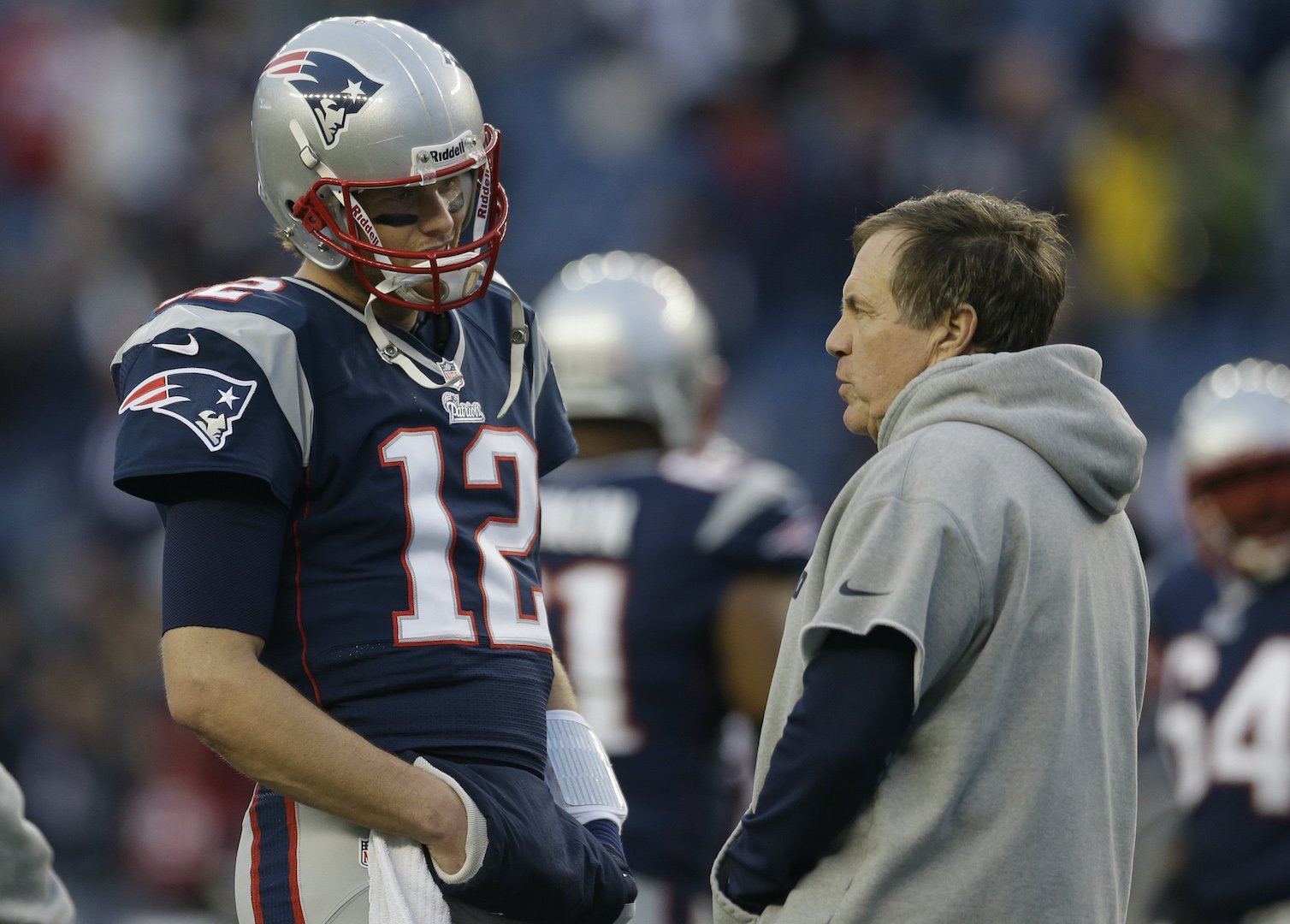 
One of the most highly-anticipated regular season games in NFL history kicks off on Sunday night, when seven-time Super Bowl champion Tom Brady returns to Foxboro to face former head coach Bill Belichick and the Patriots for the first time. Brady and Belichick typically don’t give the media too much information, but they have both been relatively open leading up to the matchup.

When asked at his Friday press conference whether he thinks he would have had the same success (six Super Bowls as head coach for the Patriots) without Brady as his quarterback, Belichick said, “Of course not.”

Belichick went on to say something that, as he said, he’s stated “dozens” of times for two decades: “There’s no quarterback I’d rather have than Tom Brady.” The legendary coach added, “I still feel that way. I was very lucky to have Tom as the quarterback and to coach him. He was as good as any coach could ever ask for.”

Belichick also said that there’s no tougher quarterback to defend than Brady, and pointed to his former pupil’s accomplishments—both team and individual—throughout his career. (Brady is set to become the NFL’s all-time leader in regular season pass yards on Sunday.)

For his part, Brady called his former coach a “great mentor” for him and said the break up with the Patriots was handled “perfectly” all things considered.

There have been rumors and reports (many of them just to get clicks, that’s the nature of the media today, unfortunately) attempting to put Brady and Belichick at odds leading up to Sunday night. Negativity sells. But in actuality, there is nothing but respect from both sides.

It could have been a messy separation between Brady and the Patriots, but it was not. Brady is clearly doing as well as possible in leading Tampa Bay to a championship in his first season with the franchise, while the Patriots are building the team back up under promising rookie quarterback Mac Jones.

New England would have liked to keep Brady for his entire career, but they understood their 20-year leader wanted to try something different. The statements put out last year when the free-agent decision was made were all positive.

Now, two true legends of sport will be on opposite sides after unprecedented success together for two decades. It’ll be a surreal night.

We’ll see about a reunion/handshake pre- or post-game and any potential honors before kickoff, but whatever happens, know there is nothing but respect between Tom Brady and Bill Belichick.